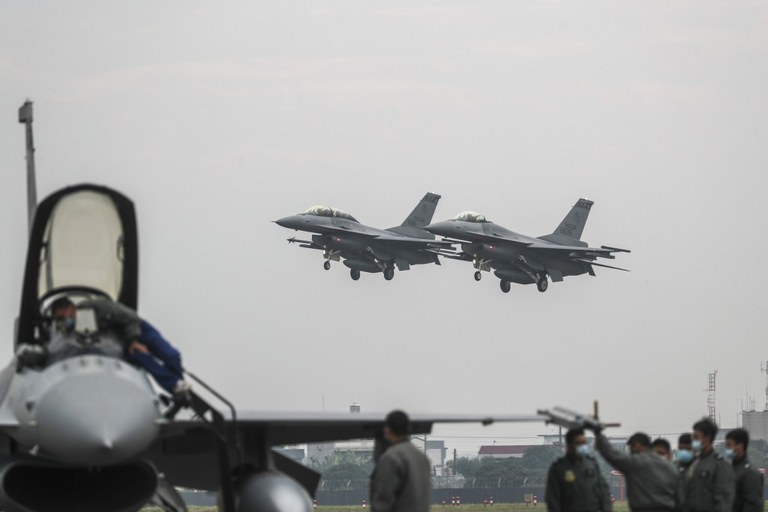 In the second incident in a week, a Taiwanese air force F-16 fighter jet had to make an emergency landing in Hawaii on Monday due to landing gear problems, media reports said.

Hawaii News Now said the fighter made a “hard landing” at Honolulu airport, coming to rest on its nose because “the landing gear on the aircraft didn’t deploy.”

No one was injured in the incident, which happened on Monday afternoon, the news portal said. A runway was closed for hours while crews worked to move the aircraft.

Taiwan’s Ministry of National Defense has yet to provide any comment on the incident, the second related to U.S.-made F-16 aircraft this year.

In mid-January an F-16V, one of the most advanced fighters in Taiwan’s possession, crashed in the sea off the west coast of the island, killing its sole pilot.

The Taiwanese air force suspended F-16 combat training for over a week but resumed in late January.

On May 31, an air force pilot died when his AT-3 Tzu Chung jet trainer crashed in southern Taiwan.

The aircraft at Honolulu airport, believed to be a F-16A/B version, was en route from Luke Air Force Base in Arizona to Taiwan, the national Central News Agency (CNA) reported.

Taiwan has ordered 66 new F-16V fighter jets from the U.S. defense giant Lockheed Martin for an undisclosed amount. The jets are expected to be delivered by late 2026 and will be stationed at Zhihang Air Force Base in Taitung County.