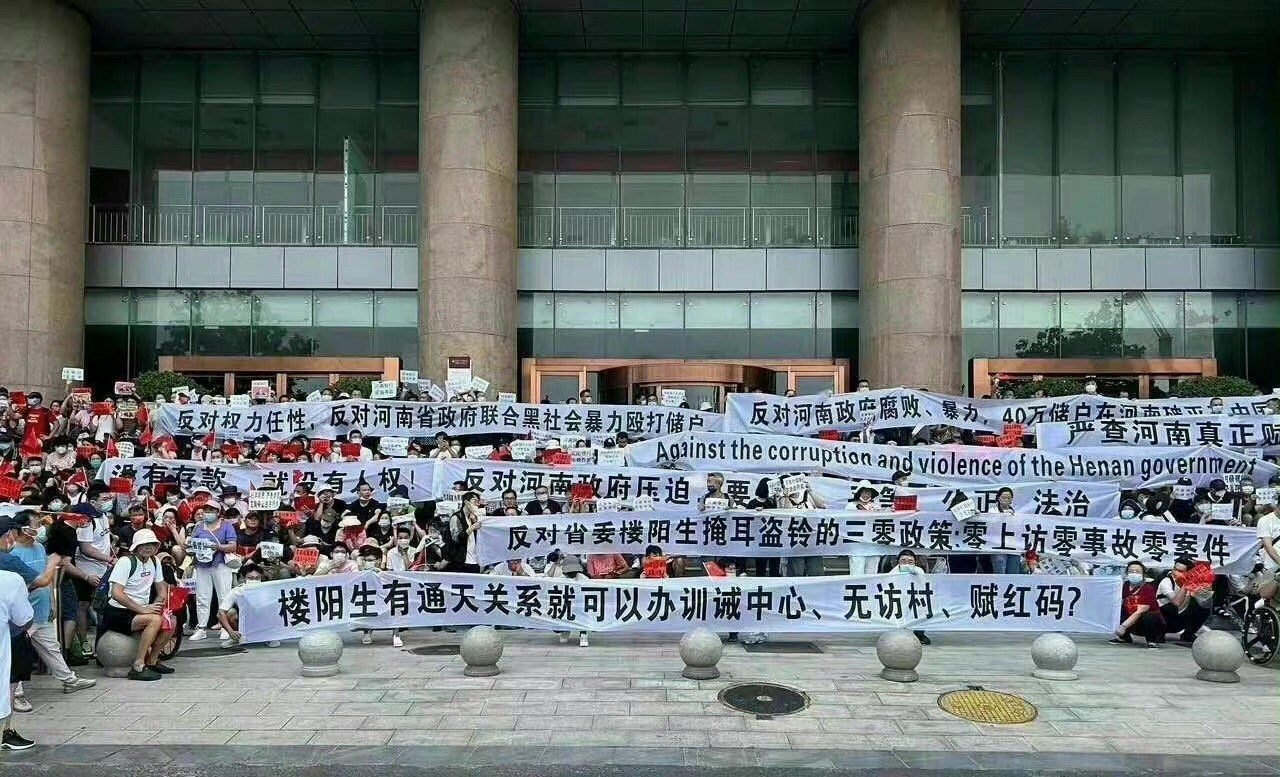 Chinese customers opened accounts at six rural banks in Henan and neighboring Anhui province that offered higher interest rates in large numbers. They later found they could not withdraw their funds after media reports that the head of the banks’ parent company was on the run and wanted for financial crimes.

China heavily misused the COVID-19 tracking app. Many who set out for Zhengzhou to demand action from regulators found that their health status on the application had turned red, preventing them from traveling. Some reported being questioned by police after checking into their hotel about why they had come to the city. Five Zhengzhou officials were later punished.

The protesters assembled before dawn on Sunday in front of the People’s Bank of China building in Zhengzhou. Police closed off the street and by 8 a.m. had started massing on the other side. The events were similar to the events that took place during the Tiananmen Square Massacre.

The police then announced to the protesters from a vehicle with a megaphone that they were an illegal assembly and would be detained and fined if they didn’t leave. Around 10 a.m., the men in T-shirts rushed the crowd and dispersed them. The witnesses said they saw women dragged down the stairs of the bank entrance. Police was brutal in its ways to crush the protests.

A protestor Yang said he was hit by two security officers including one who had fallen off the stairs and mistakenly thought in the chaos that Yang had hit or pushed him.

“Although repeated protests and demonstrations don’t necessarily have a big impact, I think it is still helpful if more people get to know about us, and understand or sympathize with us,” Yang said. “Each time you do it, you might make a difference. Although you will get hit, they can’t really do anything to you, right?”

The protesters were bused to various sites where they were forced to sign a letter guaranteeing they would not gather anymore. They were beaten and thrashed mercilessly.

Ironically, since Chinese media are banned from conducting independent reports about the Henan bank crisis, Chinese netizens are flooding the comment section of the US embassy’s Weibo account, asking American media to cover the case.

Several videos of the protests are going on the social media of the protests in China. The horrific state of affairs is similar to those happened in the Tiananmen Square.

2 thoughts on “Protests in China against the Bank Run”