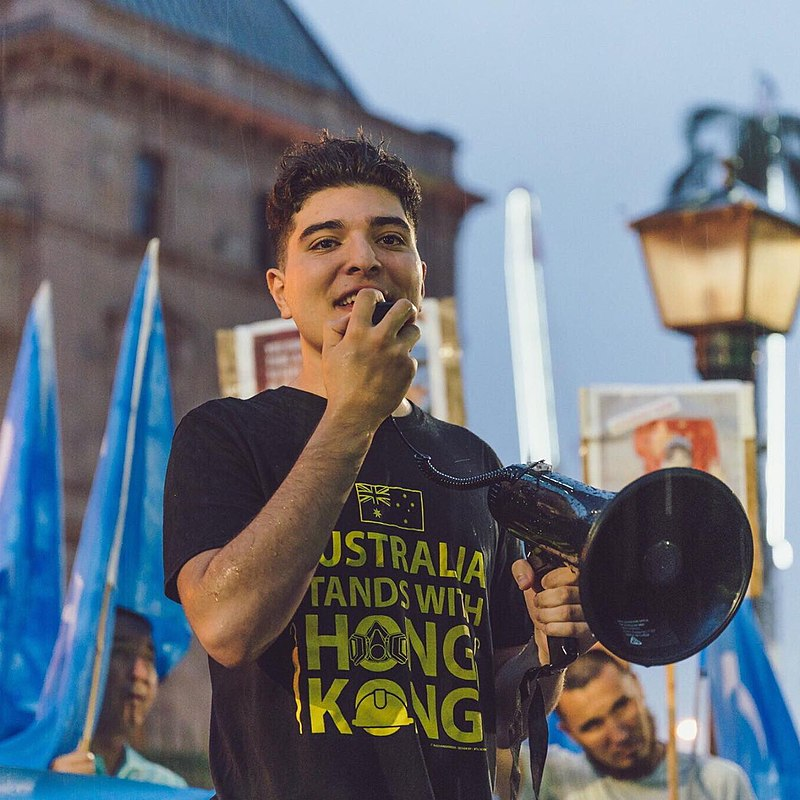 China is a mighty country with robust economy and the largest population. It is the second largest economy of the world after the USA. Some experts term China as the next super power. But recently, China got intimidated by a new age Australian political activist and former university senator from the University of Queensland  Drew Pavlou. Pavlou is also known for organizing protests in support of the 2019–20 Hong Kong protests and against Chinese government policies on Uyghurs and Tibetans.

On 21st July 2022, Pavlou was arrested in London for an alleged bomb threat against the Chinese Embassy; an allegation he denied. He was mistreated and denied consular services by the Metropolitan Police.

The above fake email was produced by the Chinese Embassy as the evidence.

British police held him for 23 hours. He was isolated and could not tell anybody where he was. On top of this, he was denied access to a lawyer for more than 10 hours. They claimed that his lawyers were unavailable. However, Pavlou claimed that “his lawyers called the police dozens of times”.

Pavlou claimed that during his detainment, he was treated poorly and was handcuffed in a “stressed position” by the arresting officers. Pavlou also alleged that no one was aware of his whereabouts and was not being allowed to call anyone until 1 a.m. when all his contacts were asleep.

On top of this, Pavlou was propelled to sign a document, giving up his right to legal representation and give interview at 4 a.m. However these allegations were denied by the Metropolitan Poilce.

It was not the first instance when he was denied the right to protest. Earlier, based on his admission, he was “treated like a terrorist” while being ejected from the men’s Wimbledon final for staging a protest against the Chinese Communist Party. He just wore the T-shirt asking about the whereabouts of the Chinese Tennis player Peng Shuai.

Despite all these hindrances in his crusade, he has stood up for the causes he cares for as the Freedom of Tibet, Taiwan, and Hong Kong. Recently he interrupted the Chinese ambassador to Australia’s speech while holding a sign that reads “Free Tibet. Free East Turkestan. Free Hong Kong”. This relentless crusade has intimidated mighty China.