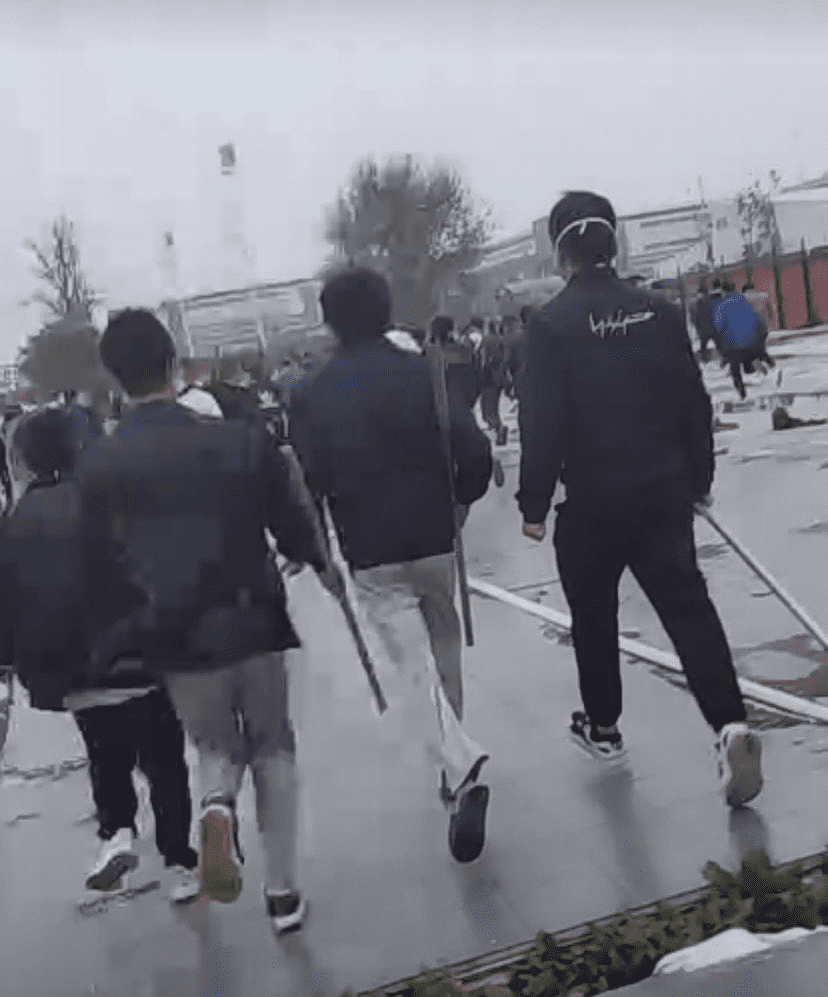 A labor uprising over COVID-19 restrictions and contract violations by Apple at Foxconn’s iPhone factory in central China is unfolding in Zhengzhou. The government-deployed security officers are trying to suppress the uprising with violence as shown in the videos circulating on Chinese social media.

#LaborUprisingInChina trended for hours in many parts of the world on 23rd November 2022. People on social media showed sympathy towards the suffering laborers at the Foxconn iPhone factory.

What is happening in Zhengzhou?

Laborers and workers at Foxconn’s Zhengzhou factory held protests on the factory campus, where they have had to stay since a closed-loop system was announced to counter the spread of COVID-19 without compromising productivity under the Zero Covid policy.

Videos of the violence in Zhengzhou showed masked laborers facing off police in protective suits. The authorities have used force and severely injured many of them.

The violence comes as China tightens once again its COVID-19 measures, making it the only major economy still subscribed to full lockdowns to face virus outbreaks. China’s coronavirus measures have triggered domestic dissent this year. We have covered over 450 protests in China this year.

However, near the end of the year, China is beholding a massive labor uprising from one of the most downtrodden classes in the manufacturing hub of the world.

Local authorities are continuing to stick to the “zero-Covid strategy” championed by the central government in Beijing. The easing of the restrictive measures imposed on large factory compounds like the Foxconn factory in Zhengzhou is unlikely.

Why are laborers at Foxconn protesting?

Some workers said they were informed that the bonus that was initially promised to them would be delayed, and the situation in the dormitory, where workers who have been there for weeks were mixed with the newly hired workers, enhances the risk of them being exposed to the coronavirus.

Videos of many people leaving Zhengzhou on foot had gone viral on Chinese social media earlier in November, forcing Foxconn to step up measures to get its staff back. To limit the fallout, the company said it had quadrupled daily bonuses for workers at the plant this month.

On Wednesday, workers said that Foxconn failed to honor their promise of an attractive bonus and pay package after they arrived to work at the plant. Numerous complaints have also been posted anonymously on social media platforms — accusing Foxconn of having changed the salary packages previously advertised.

“the allowance has always been fulfilled based on contractual obligation”

Foxconn said in a statement on Wednesday

Ij-Reportika reached out to one of the laborers who protested on the 23rd. Under the condition of anonymity, he said,

“We are made to live in miserable conditions, we don’t have any rights, we don’t want to work in the Apple factory day in and day out with all our livelihoods destroyed.
We are at high risk of getting infected by the virus and on top of all this our contracts are violated and our payments and bonuses are stuck. They offered me 8000 Yuan to leave and go back to my hometown. But I refused to take it!!