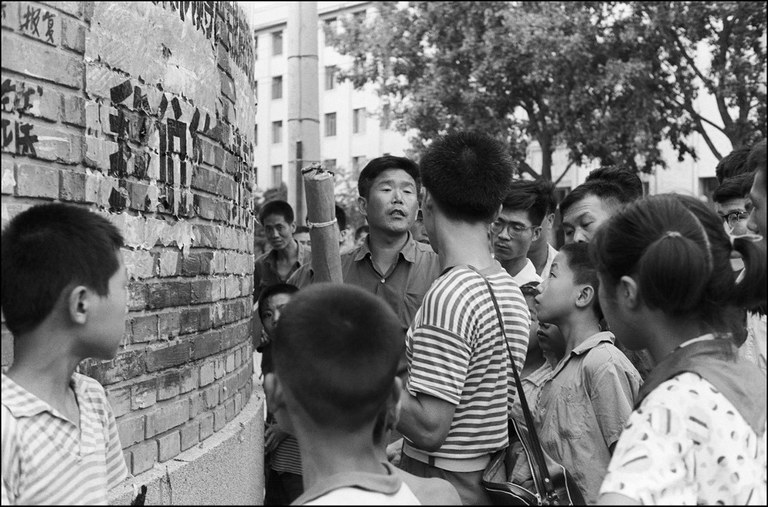 A notice issued by bureaus of justice in Shanghai, Guangdong, Hubei and other locations said the militias would be formed in support of “our online forces.”

“Plans are under way to set up legal struggle militia and report to the armed forces department of municipal government before the end of May,” the notice said.

Chinese criminal lawyer Mo Shaoping said he had never heard any mention of “legal struggle” in his career.

“It seems like a coined expression; I’ve never heard it before,” Mo told RFA. “I haven’t seen any definition of ‘legal struggle’ in any legal dictionary.”

Current affairs commentator Zha Jianguo said the use of the word “struggle,” which has roots in the political “struggle sessions” of the post-1949 era and the kangaroo courts of the Cultural Revolution (1966-1976), suggested a move away from the rule of law and judicial channels.

“It means a kind of intense conflict and tension between people,” Zha said. “It’s a neologism, which means they want to fight, but to use the law as a weapon, but without any specific legal basis.”

“It’s about cloaking artificial ‘struggles’ … in a legal veneer.”

Political scientist Guo Wenhao said the creation of militias is a dangerous indicator of what is to come, now that the power to “enforce the law” has been delegated beyond government departments and law enforcement agencies.

China empowered local officials at township, village, and neighborhood level to enforce the law under an amended administrative punishment law that took effect in July 2021, as well as operating a vastly extended “grid management” system of social control in rural and urban areas alike.

Government will be based on a “grid” system of management, a system of social control that harks back to imperial times, and which will allow the authorities even closer control over citizens’ lives, the opinion document issued jointly by the ruling Chinese Communist Party (CCP) central committee and the country’s State Council said.

According to directives sent out in 2018, the grid system carves up neighborhoods into a grid pattern with 15-20 households per square, with each grid given a dedicated monitor who reports back on residents’ affairs to local committees.

Neighborhood committees in China have long been tasked with monitoring the activities of ordinary people in urban areas, but the grid management system turbo-charges the capacity of officials even in rural areas to monitor what local people are doing, saying, and thinking.

“And such phenomena have a tendency to intensify.”

He said the militias suggest that China is indeed heading towards a Cultural Revolution enforcement style where the government no longer has a monopoly on political violence.

“I get the impression that a completely absurd system has emerged, outside of traditional personnel structures,” Guo said.

“The government allows them to do bad things, then they can deny [doing them].”

Gansu scholar Zhang Ping said the militias will be under the command of local government militias, in a manner similar to the grassroots militias of the Cultural Revolution.

“Granting the militia a lot of law enforcement power is tantamount to having an armed reserve outside of the military and police force, with greater freedom than the police or armed police,” Zhang told RFA.

“This is to prevent a so-called popular revolt … it’s about social control.”

A version of the directive issued by authorities in Gansu’s Pingliang city on April 28 said the plan aimed to “strengthen stability maintenance on a wartime footing” a nationwide system of surveillance and coercion that aims to prevent protests and petitions before they occur.