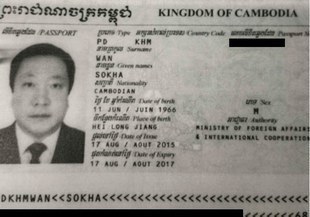 The English Football League says that it will be making enquiries with Birmingham City Football Club following the revelation by RFA earlier this week that Cambodian diplomat Wang Yaohui secretly controls an eighth of the club’s shares.

Under English Football League regulations, Birmingham City is obliged to disclose both to the league and publicly the identity of any person who directly or indirectly holds “any Significant Interest in the club.” Birmingham’s ownership disclosure does not name Wang, something that could cause problems for the club.

Contacted on Tuesday, the English Football League’s communications manager Billy Nickson indicated in an email that the league was looking into the issues raised in RFA’s report.

“All Clubs are aware of their obligations in respect of providing the appropriate and necessary disclosures in accordance with EFL Regulations,” Nickson wrote. “The EFL will take the matter up with the Club.”

Born in China in 1966, Wang Yaohui is a naturalized Cambodian citizen and minister counselor at Cambodia’s embassy in Singapore. He has extensive business ties to one of Cambodia’s most powerful families, headed by ruling party Sen. Lau Ming Kan and his wife Choeung Sopheap. The couple are allies of Prime Minister Hun Sen.

Wang’s stake in the soccer club is held through a company listed on the Hong Kong stock exchange called Birmingham Sports Holdings Limited, which owns 75 percent of the club. In December 2017, Wang acquired 8.52 percent of Birmingham Sports Holdings through a British Virgin Islands company called Dragon Villa Ltd. In the years since, filings with the Hong Kong stock exchange show he increased his stake to 17.08 percent, giving him a 12.8 percent interest in the club itself.

In its own disclosure statement, Birmingham City identifies Dragon Villa as being owned by a Chinese citizen named Lei Sutong. However, documents seen by RFA suggest that he is owner in name only.

Corporate secrecy laws in the British Virgin Islands make it virtually impossible for members of the public to ascertain who the true owner of Dragon Villa is. However, filings lodged with the Singapore High Court reveal that it is in fact Wang.

Gold Star Aviation Pte Ltd is a wholly owned subsidiary of Dragon Villa involved in the owning and operation of private jets. It is currently the defendant in a civil action in Singapore. Among its co-defendants is a Taiwanese-American named Jenny Shao, who Wang has granted power-of-attorney over his affairs since at least 2009.

In a sworn affidavit submitted by Shao’s lawyers on her behalf and dated October 2020, she describes herself as Dragon Villa’s “authorized signatory.” She adds that Dragon Villa “is beneficially owned by Mr. Wang.” A beneficial owner is a person who enjoys the benefits of owning a company, even if it is held in someone else’s name.

Former associates of Wang, who asked not to be identified citing security concerns, confirmed to RFA that Wang was Dragon Villa’s beneficial owner. The statement is also echoed in other affidavits lodged as part of the Singapore court case. Records also show that Dragon Villa has been involved in the ownership networks of several other Wang-linked enterprises.

Should the EFL find the club violated regulations by failing to disclose Wang’s control of Dragon Villa – and therefore 12.8 percent of the club – then Birmingham City could face sanctions from the league.

Birmingham City fan Daniel Ivery has been raising concerns over Wang’s possible association with the club for years. He wrote on his blog Almajir on Tuesday that he had, “repeatedly attempted to raise this issue of Wang Yaohui with the EFL since December 2017.”

Each time he raised the issue, he writes, the league refused “to even acknowledge that there may be an issue.”

While it seems the league is now taking notice, it remains to be seen what, if anything, they will do about it.

Ivery is not the only one who has been sounding the alarm over Birmingham City’s ownership. Local member of parliament Shabana Mahmood wrote to the UK Minister of Sport in January decrying “financial and professional mismanagement of absentee owners” at the club.

For its part, Birmingham City has so far remained silent. The club acknowledged RFA’s enquiries for the first time on Wednesday when media manager Dale Moon promised to raise the issue with the club’s board and senior management – although he did not expect a statement to be forthcoming.

“In all honesty,” Moon wrote, “given their historical stance on ownership, I don’t expect they will want to make any comment.”

As of publication, no statement had been issued by the club.