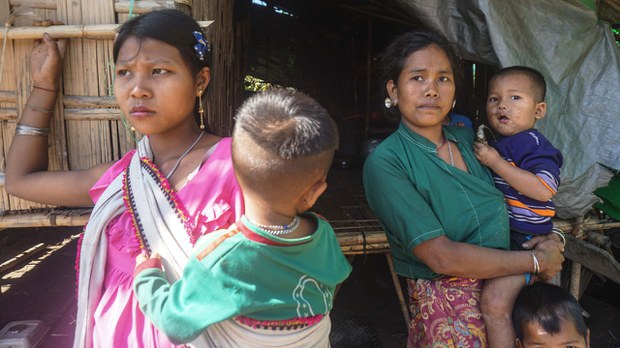 A resumption of a full-scale conflict between Myanmar’s military and Arakan Army (AA) insurgents could result in the worst violence Rakhine state has seen in years and put the lives of millions of ethnic minorities in the region at risk, according to a new report by an international NGO.

In a report released Wednesday, the International Crisis Group (ICG) said AA moves to gain territory in central and northern Rakhine state since it agreed to an informal ceasefire with the military in the latter part of 2020 are likely to prompt intense fighting in the region.

It warned that up to 3 million ethnic Rakhines and Rohingyas would be severely affected by the violence and called for the ceasefire to be formalized, despite the AA’s declared goal of establishing an independent state for ethnic Rakhines and a bid by Myanmar’s shadow National Unity Government (NUG) to have the AA join a coalition of anti-junta armed groups.

“A resumption of war in Rakhine state would have significant impacts for the 2-3 million people in the state, both Rakhine and Rohingya, who have so far been spared the post-coup violence that has engulfed the rest of Myanmar,” the ICG’s senior adviser on Myanmar, Tom Kean, told RFA’s Burmese Service in an email prior to the release of the report.

“The humanitarian consequences would likely be devastating — almost certainly worse than during the two-year war from December 2018 to November 2020, which the state has still not recovered from.”

Kean said that in researching the ICG’s report, both Rakhine and Rohingya interviewees expressed fear of conflict resuming, adding that while many believed such a conflict is inevitable, it is something they neither wanted nor supported.

And while many in Myanmar would welcome a partnership against the junta between the AA and the NUG-led opposition, the report suggested that such an arrangement could spark violence that would significantly worsen the living situation for civilians in Rakhine state, which is already reeling from a battered economy and years of communal violence.

Instead, Kean urged the AA to secure a formal ceasefire with the military, adding that while the insurgent army must decide for itself how best to achieve its political goals, a renewed war is “not the best option.”

However, he suggested that the AA “work closely” with the NUG to choose a way to avoid the risk of a recurrence of conflict in Rakhine state.

‘The view of the people’

The ICG report follows a recent uptick in tensions between the two sides after the Arakan Army commander-in-chief, Gen. Tun Myat Naing, issued a warning to the military’s Western Commander Htin Latt Oo on Twitter. On May 26, the military and AA fighters clashed near the villages of Abaung-thar and Yote-wa, about six miles from the center of Rakhine’s Paletwa township, and residents have told RFA they are worried that the two-year-old ceasefire had been broken.

Nyo Aye, the chairwoman of the Rakhine Women’s Network, called for calm between the two sides in an interview with RFA, noting that it is largely civilians who bear the brunt of armed conflict.

“When tensions grow, there is a likelihood for more fighting,” she said.

“We find this very worrying. It is our people who suffer because of the fighting. Tensions need to be reduced and I’m not talking about one side. I mean both sides need to compromise. That’s the view of the people.”

An ethnic Rohingya Muslim from a village in northern Rakhine’s Buthidaung township told RFA that people there do not want fighting to resume.

“Our only desire is to live in peace,” he said, speaking on condition of anonymity. “If there is fighting, there will be hardship. I am worried about the lives of refugees. We just want the fighting to stop.”

He said fighting appears likely to resume as the military is regularly entering Muslim villages in Buthidaung, watching for AA movements.

Attempts by RFA to reach AA spokesman Khaing Thukha for comment went unanswered Wednesday, but the junta’s deputy information minister, Maj. Gen Zaw Min Tun, responded to inquiries saying that the military is not deploying troops to Rakhine state and is trying to maintain peace in the region.

“We only have local security forces who were there [from the previous conflict],” he said, adding that the AA claims the military is sending reinforcements to the area “to frighten the people.”

“We are committed to the development of Rakhine state, and we are continuing to work for peace and stability. … If they want to say the [military] is expanding its presence or launching an operation, they should provide some evidence.”

Meanwhile, the ICG’s Kean said that if the junta truly hopes to establish peace in Rakhine state and other parts of Myanmar, it must stop oppressing its own people.

“The military regime is directly responsible for the violence in Myanmar because it launched the [Feb. 1, 2021] coup and refuses to respect the will of the vast majority of Myanmar people,” Kean said.

“Instead, it is using extreme violence to try and cower them into submission,” he said of the junta’s ensuing crackdown that rights groups say has led to the deaths of at least 1,878 civilians and the arrest of 13,915 more, mostly during peaceful anti-coup protests.

Kean noted that despite the military’s brutal tactics, resistance to its rule — both armed and non-violent — “remains strong across much of the country.”

“The military should of course stop abusing its own people, but this alone is unlikely to end the conflict because most people in Myanmar do not seem willing to accept any form of military government,” he said.

“The path to stability is to hand back power to a civilian administration that has the support of the people.”