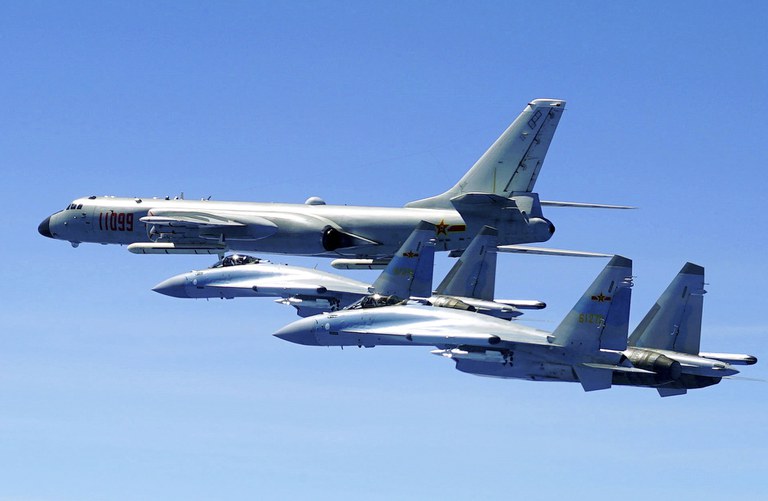 China’s Defense Minister Wei Fenghe delivered scathing remarks about the U.S. Indo-Pacific strategy in a speech in Singapore on Sunday, calling it an attempt to form a clique to contain China.

In his speech on ‘China’s vision for regional order’ at the Shangri-La Dialogue security forum he hit back at U.S. Secretary of Defense Lloyd Austin’s remarks a day earlier, saying China firmly rejects America’s accusations and threats.

In his keynote speech on Saturday, Austin said that China had adopted a “more coercive and aggressive approach to territorial claims” and that Beijing’s moves “threaten to undermine security, stability and prosperity in the Indo-Pacific.”

In his remarks Wei said that “to us, the Indo-Pacific strategy is an attempt to build an exclusive small group to hijack countries in our region” to target one specific country – China.

“It is a strategy to create conflict and confrontation to contain and encircle others,” said the minister, who is also a general in China’s People’s Liberation Army (PLA).

This is the second time Wei has attended the major regional security forum, hosted by the London-based International Institute for Strategic Studies (IISS).

This year’s conference, which resumed after a two-year suspension due to COVID, is taking place amid the war in Ukraine, increased tensions around Taiwan and in the East and South China Sea.

‘Say no to bullying’

The forum once again highlights U.S.-China rivalry in the Indo-Pacific, with both sides trading criticisms, while at the same time calling for the rule of law to be upheld.

“We should respect each other and treat each other as equals and reject a zero-sum game in which the winner takes all,” General Wei said.

“We should seek peaceful coexistence and win-win cooperation rather than hegemony and power politics.”

‘Hegemony’ seems to be the word of choice when Chinese officials talk about the United States and its foreign policy.

As the U.S. defense secretary insisted that his country’s military “will fly, sail and operate wherever international law allows,” the Chinese minister called the U.S. freedom of navigation operations in the South China Sea a “navigation hegemony.”

Wei said the U.S.-China relationship is at a “critical and crucial juncture” but to improve it depends on Washington’s efforts.

“The bilateral relationship cannot improve unless the U.S. side can do that,” he said, adding:

“If you want to talk, we should talk with mutual respect … if you want confrontation, we will fight to the very end.”

At the same time, the Chinese minister called on regional countries to “say ‘no’ to bullying.”

“Only the one who wears the shoes knows if they fit or not,” he said, implying that countries should pick their own paths and resist what he called “interference” from outsiders.

The Chinese defense minister resorted to forceful words when speaking about Taiwan, insisting: “Taiwan is first and foremost China’s Taiwan.”

Reiterating that Taiwan is a province of China, Wei said the island’s reunification with the mainland “is a historical trend that no one, no force, can stop.”

“This is the only choice for China,” he said.

The minister accused Washington of violating its promise on the ‘One China principle’ by supporting the “separatist forces” in Taiwan and playing the Taiwan card against China.

“China is firmly opposed to such acts… the pursuit of Taiwan’s independence is a dead end,” Wei said, adding “we will not hesitate to fight” to defend China’s core interests.

This year the PLA celebrates the 95th anniversary of its foundation and the Chinese defense minister dedicated a segment of his remarks to speak about the PLA which he called a “force of peace.”

“We have never proactively started a war against others or occupied one inch of other’s land,” Wei said.

The Chinese defense minister said those who question the factual truth behind this statement “should re-read history.”