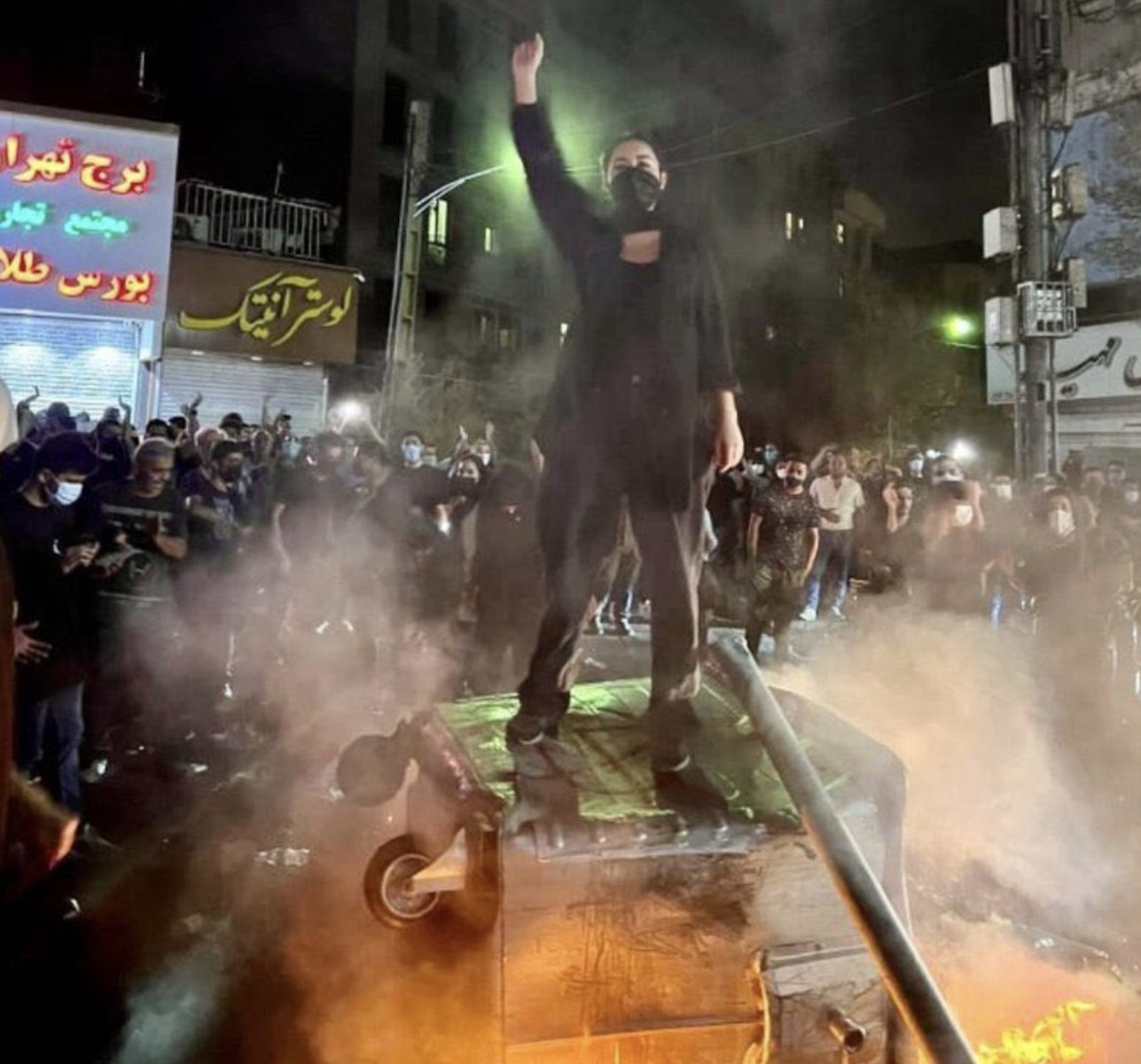 Videos on social media show students and schoolgirls joining the demonstrations across the country. Dozens of protesters have been killed since the unrest began last month following the death of a young woman in custody.

Mahsa Amini was detained in Tehran by the morality police for allegedly not covering her hair properly.

The 22-year-old Iranian Kurd died in custody on 16 September, three days after her arrest.

One member of the Basij paramilitary militia was “killed by rioters with a gunshot” at one of the protest sites in Tehran, according to Basij News, the official website run by the Basij organization.

A member of the Islamic Revolution Guard Corps (IRGC) was also killed on Saturday during protests in Sanandaj, the capital of Kurdistan province, according to an Iranian media report.

At least 20 members of the IRGC, Basij, and police forces have been killed over the past three weeks of protests, the media say.

Protests over the weekend were reported across the country, including Tehran and Sanandaj.

In similar protests in a number of other cities, demonstrators hurled Molotov cocktails at mosques, Basij centers, and imams’ offices, the agency said.

Germany’s Foreign Minister Annalena Baerbock has called for tough measures against anyone responsible for cracking down on the protests.

She described those who “beat up women and girls on the street” as being on the wrong side of history and said she would ensure the EU imposed entry bans on individuals responsible and froze their assets.

In Norway, the Iran Human Rights group said 185 people had been killed since the unrest began, including 19 children.

“The highest number of killings occurred in Sistan and Baluchistan province with half the recorded number,” it said on Saturday.

Separately on Saturday evening, state television was hacked by opponents of the government.

Pictures of the country’s Supreme Leader Ayatollah Ali Khamenei with a target on his head appeared in a news bulletin, together with captions calling on people to join the protests. Also on Saturday, female students at al-Zahra University Tehran were reported to have chanted “get lost” during a visit there by President Ebrahim Raisi.