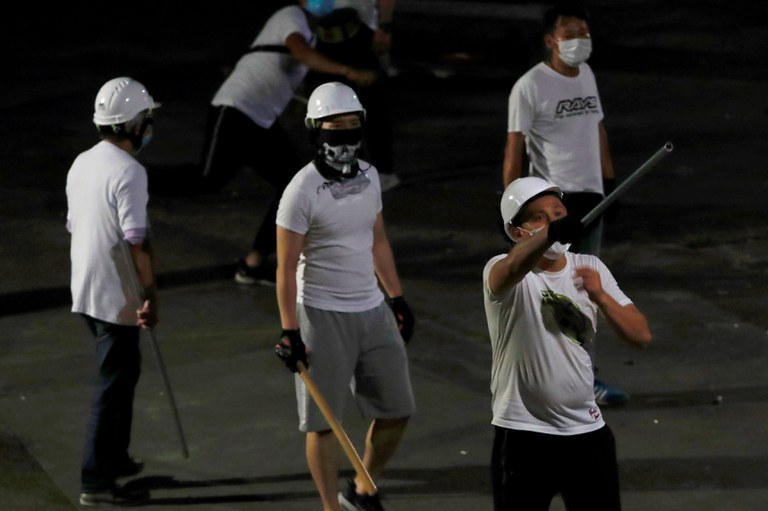 Non-permanent CFA judges Lord Reed and Lord Hodge had sat on the court “for many years” under an agreement governing the 1997 handover of Hong Kong to Chinese rule, Reed said in a statement.

“I have been closely monitoring and assessing developments in Hong Kong, in discussion with the government,” Reed wrote. “However, since the introduction of the Hong Kong national security law in 2020, this position has become increasingly finely balanced.”

“The Foreign Secretary supports the withdrawal of serving UK judges from the Hong Kong Court of Final Appeal, following discussions with the Deputy Prime Minister and Lord Chancellor and the President of the Supreme Court,” said in a brief statement, which was signed by Truss and deputy prime minister Dominic Raab.

“The British judges’ ongoing presence was providing a veneer of legitimacy for a fundamentally compromised system, and the British government is right to have taken steps to recall them,” he said.

The Law Society of Hong Kong, which represents solicitors in the city, called on the judges to reverse their decision.

“Unfair and unfounded accusations … against the judicial system of Hong Kong have no place in the discussion about rule of law,” president C.M. Chan said in a letter to news editors.

“I sincerely appeal to the U.K. judges to reverse course.”

The resignations came as internet service providers in Hong Kong appeared to have blocked a 30-minute documentary by Vice News on YouTube detailing the involvement of triad criminal gangs in bloody attacks on passengers at the Yuen Long MTR station on July 21, 2019, amid a mass protest movement sparked by plans to allow the extradition of alleged criminal suspects to face trial in mainland China.

The documentary explored in depth the attacks by men wielding sticks and wearing white clothing.

“For many, the violence was shocking and symbolized the death of Hong Kong’s democracy,” the platform said in its introduction to the video on YouTube.

“It is tragic how a Hong Kong citizen like me had to use a VPN in order to watch this,” YouTube user Dayton Ling commented under the video.

“It saddens me that Hong Kong has gone from a first class financial centre to a third world police state.”

Several other users commented that the journalist interviewed for the film is currently behind bars, awaiting trial under the national security law.

The U.K., along with Australia, Canada, Germany, New Zealand and the United States have suspended their extradition agreements with Hong Kong.

However, extradition agreements remain active between Hong Kong and the Czech Republic, India, Indonesia, Malaysia, the Philippines, Portugal, Singapore, South Africa, South Korea and Sri Lanka, putting anyone traveling to those countries at potential risk of arrest if they are targeted by the law.