Despite bold international statements from the Chinese Government on the need to protect global biodiversity, China continues to be one of the world’s top importers and consumers of trafficked wildlife. The Ruthless animal cruelty by the Traditional Chinese Medicines(TCM) is one of the glaring example of the same.

A miserable Bear living in an iron cage, throughout its life, with tubes inserted in its bladder

A dismal Rhinoceros with its horn chopped off

A chained Tiger with its teeth pulled out, skin peeled off, and bones smashed and collected

A ravaged Pangolin with its scales scratched off and killed most brutally.

A shattered Elephant with its skin peeled and tusk plucked off.

This is not an excerpt from a dark fiction novel but a reality of how TCM is wreaking havoc on wildlife and biodiversity. These animals and their parts are used in various TCM formulations. Thus, they are chained, bruised, killed, poached illegally, bred in captivity, and ravaged by the specialists of TCM to make medicines for human welfare!!

This is the second article in the series of investigative reports on Traditional Chinese Medicines (TCM). It is compiled by Adam Dlamini. He uncovers some of the darkest secrets on how TCM is obliterating the world’s biodiversity by asserting it as a panacea.

Let’s first take a look at the various uses of these animals in the TCM formulations. Tiger bones are used to treat arthritis and joint ailments. IUCN estimates that just under 4,000 Tigers are left in the wild and classify them as endangered. Rhinoceros horn is used to treat fever and delirium. Black Rhino, Diceros bicornis, is listed as critically endangered on the IUCN Red List with just over 2000 left in Kenya, Tanzania, Cameroon, Namibia, South Africa, Zimbabwe, and Angola. Bear bile is used to treat liver ailments and headaches. Seahorses are used in TCM health tonics. Similarly, the ivory of Elephants is used for sore throats and their skin to treat ulcers and wounds. The results of scientific trials of such medicines by independent researchers however showed that they are not as effective as they are claimed to be and often result in severe and even fatal Adverse Drug Reactions. Read this in the first part of this investigative report series on TCM. 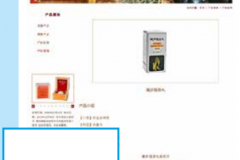 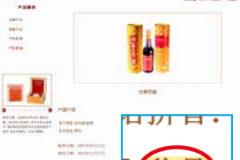 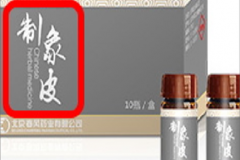 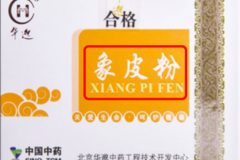 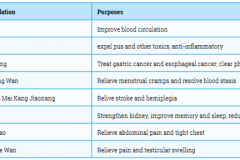 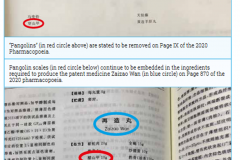 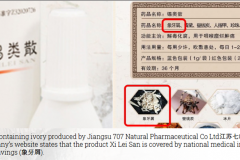 The most horrifying aspect of Traditional Chinese Medicines is the TCM Farms. They are huge farms in which specific animals are kept in heart-wrenching conditions to make TCMs. There are TCM farms for various animals like bears, rhinos, crocodiles, lions, tigers, civets, bamboo rats, porcupines, and snakes.

Animals like Bears are subjected to intense pain for many years on these farms to extract bile for TCM concoctions. The extraction of bear bile from live bears causes unimaginable physical and psychological suffering and long-term health problems.

They are not only present in China but gaining a strong foothold in countries like South Africa, Botswana, Namibia, Morocco, Zimbabwe, Zambia, and Kenya. More than 300 farms and wildlife parks and reserves in South Africa are believed to be breeding lions to be slaughtered for their skeletons to be used in the TCMs.

In South Africa alone, 33 wild animals, including lions, cheetahs, several antelope species, giraffes, zebras, and black and white rhinos, have been reclassified as farm animals, according to Africa Geographic. This was supposedly done to expedite the process of setting up TCM farms in South Africa.

The second most troubling aspect of the TCM related to biodiversity destruction is the Illegal Wildlife Trade(IWT) in African countries. TRAFFIC, a wildlife trade monitoring network, reported that 96 million individual Abalones worth nearly $900 million have been illegally poached off South Africa’s shores in the past 17 years.

Nearly all of the large sea snails were sent to China and Hong Kong. Since 2010, 50% of lion product seizures involving Mozambique were destined for China. The routes of illegal Rhino and seahorse trafficking invariably include China as the destination.

According to WWF’s Living Planet Report 2020, there is an alarming 65% decline in the population sizes of mammals, fish, amphibians, and reptiles in Africa over the years. The illegal Wildlife Trade is one of the primary reasons for this decline. 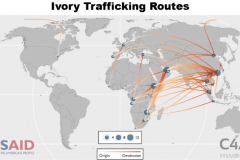 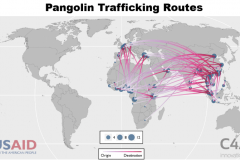 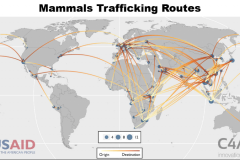 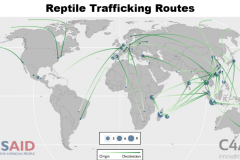 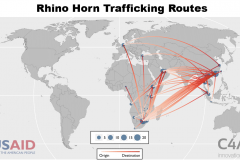 A report by USAID titled ‘In Plane Sight: Wildlife Trafficking in the Air Transport Sector’ analyzed global airport seizures of wildlife and wildlife products from 2009 to 2017 and came out with the data plotted on the maps above. The source of most of the illegal wildlife trade was African countries and the destination invariably was China.

A recent seizure at the Hong Kong port revealed the destination of illegally poached Pangolins, the most trafficked wild animal in the world, from African Shores to China. Pangolins and other such endangered animals face the threat of extinction due to illegal poaching and trade. Cameroon, Nigeria, and Gabon emerged as the main centers of poaching and export of Pangolins, specifically the White Bellied Pangolins.

In the World Wildlife Crime Report, the UN Office for Drugs and Crime concluded that 71% of Pangolin scale seizures that took place between 2007-2018 were destined for China. The illegal Wildlife Trade at such an unprecedented scale has no other parallel in human history.

China has issued a series of laws to conserve its biodiversity, including the Wild Animal Protection Law, Forest Law, Grassland Law, Animal Husbandry Law, and Law on the Quarantine of Import and Export of Animals and Plants. It has established over 10,000 Protected Natural Areas (PNAs) accounting for about 18% of China’s total land area.

Effectively, it has managed to stop the exploitation of its biodiversity for the sake of TCMs and started to explore other countries for the same and the primary target of such exploitation is the African countries with vibrant biodiversity. China also conducts trials of such medicines on people of countries like Pakistan without proper precautions and often presents misleading results to boost TCM exports and acceptance.

China through illegal wildlife trade (IWT) and TCM Farms has destroyed biodiversity many folds for its financial benefits and to boost its soft power. Meanwhile, it has managed to safeguard its biodiversity. It has gained acceptance through questionable trials and dubious research, and that is ruining biodiversity even further.

The “Healthy China 2030” plan estimates that the value of the TCM market may reach 5 trillion RMB by 2030 ($737.9 billion). This huge estimate explains the magnitude to which TCMs can harm biodiversity in the years to come. This is thus an issue of injustice against which animal rights activists, animal lovers, environment enthusiasts, and conservationists should raise their voices to prevent further damage to the environment.

3 thoughts on “The Ruthless animal cruelty by the TCM proponents”