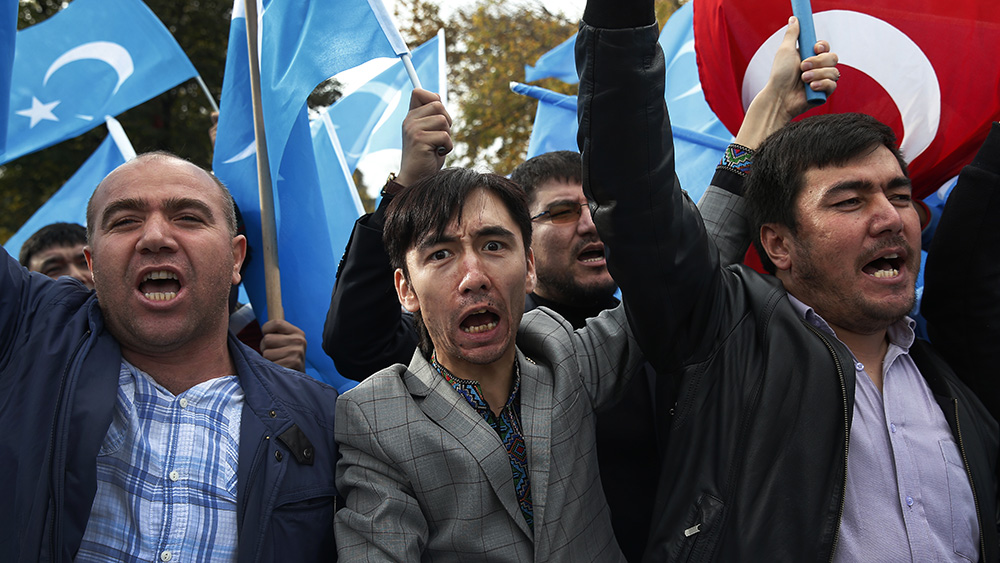 Minorities in China’s Xinjiang region are forced to work against their will and face physical and sexual violence and “other inhuman or degrading treatment” in what may constitute a modern form of slavery, a report released on Tuesday by a United Nations office said.

In the 20-page report, Tomoya Obokata, the United Nations special rapporteur on contemporary forms of slavery, said that Uyghur, Kazakh and other ethnic minorities were being used as forced labor in sectors such as agriculture and manufacturing.

Members of these groups are detained and subject to work placements under state-mandated vocational skills education and training system and a poverty alleviation program that places surplus rural workers in sectors short of employees.

Similar measures exist in neighboring Tibet, where an extensive labor transfer program has shifted Tibetan farmers, herders and other rural workers into low-skilled and low-paid jobs, according to the report, which was published for the U.N. Human Rights Council’s 51st session that runs Sept. 12-Oct. 7.

“While these programs may create employment opportunities for minorities and enhance their incomes, as claimed by the government, the special rapporteur considers that indicators of forced labor pointing to the involuntary nature of work rendered by affected communities have been present in many cases,” the report says in reference to Xinjiang.

The report adds that workers endure “excessive surveillance, abusive living and working conditions, restriction of movement through internment, threats, physical and/or sexual violence and other inhuman or degrading treatment.”

It said in some instances the conditions the workers face “may amount to enslavement as a crime against humanity, meriting a further independent analysis.”

The Chinese government has held an estimated 1.8 million Uyghurs and other Muslim minorities in a vast network of “re-education” camps that Beijing says is meant to prevent religious extremism and terrorism in the region. Forced or compulsory labor has been a key part of the systematic repression of the groups.

Obokata’s report comes as Uyghur activist groups await the issuance of an overdue report on rights abuses in Xinjiang by U.N. human rights chief Michelle Bachelet, who originally informed the Human Rights Council in September 2021 that her office was close to completing its assessment of allegations of rights violations in the region. Three months later, a spokesperson said the report would be issued in a matter of weeks, but it was not.

In July, Bachelet’s office said the report was still being worked on and would be released before she leaves office later this month.

Bachelet angered Uyghur activist groups after she visited China, including Xinjiang, in late May, repeating China’s assertion that the internment camps, referred to by Beijing as vocational training centers, had all been closed. The groups denounced the trip as a propaganda opportunity that allowed China to whitewash its crimes against humanity and genocide against the Uyghurs.

The U.S. and the legislatures of several Western countries have declared that China’s repression in Xinjiang constitutes genocide and crime against humanity.

“The release of the U.N. report on contemporary forms of slavery is highly significant at a time when China is doing everything in its power to suppress the publication of the Uyghur report by the office of the U.N. High Commissioner Bachelet,” Dolkun Isa, president of the World Uyghur Congress (WUC). The findings of Obokata’s report that forced labor, and even slavery, exists in Xinjiang demonstrates “the crimes China is committing against Uyghurs,” he said.

Washington, D.C.-based Campaign for Uyghurs (CFU) said the report was an “extremely important and comprehensive assessment.”

“We have been telling the world for years that China uses Uyghur slavery as an essential tool and enabling China’s economy and making the ongoing Uyghur genocide a profitable venture,” Rushan Abbas, CFU’s executive director, said in a statement.

“It’s a relief to see the United Nations finally recognize the extent to which these atrocities are taking place,” she said. “Now tangible actions are needed to hold the CCP [Chinese Communist Party] accountable for these crimes based on these recent findings.”

Adrian Zenz, a researcher at the Washington, D.C.-based Victims of Communism Memorial Foundation and expert on the Xinjiang region, called the report “a strong statement” in which the rapporteur expressed that there is “reasonable evidence to conclude that forced labor is taking place in the Xinjiang Uyghur Autonomous Region and then a similar program existing in Tibet.”

“And then he says in some cases the situation may amount to enslavement as a crime against humanity,” he told IJreportika. “That’s the strongest form. This is quite a sort of a formal assessment at a very high level.”

Zenz noted that Obokata’s report comes nearly four days after China ratified two International Labour Organization (ILO) conventions on forced labor, one of which is designed to counter state-sponsored forced labor, forbidding its use for political aims and economic development.

The other convention prohibits the use of forced labor in all forms and requires state parties to make forced labor practices punishable as a penal offense.