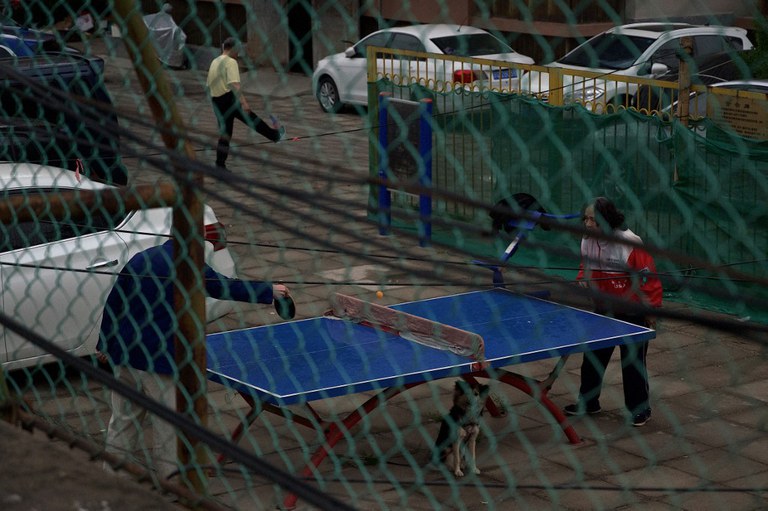 Government censors have banned the son of Dalian Wanda billionaire tycoon Wang Jianlin from posting on a major social media platform after he cast aspersions on a traditional Chinese medicine (TCM) formula currently being distributed to homes around the country to treat COVID-19, state media reported.

It said the ban came after Wang’s “controversial remarks on Weibo about Chinese herbal medicine Lianhua Qingwen,” and that the comments have now been deleted.

The last post to remain visible on Wang’s account is dated April 14, and takes issue with the popular belief that Lianhua Qingwen has been recommended by the World Health Organization (WHO) for the treatment of COVID-19, the Global Times said.

“The post also raised doubts about the efficacy of Lianhua Qingwen, claiming that its producer Yiling Pharmaceutical should come under scrutiny from related authorities,” it said.

“Lianhua Qingwen has been widely used to treat COVID-19 patients in China and is currently being distributed to almost every household in Shanghai,” it said, adding that some 15 billion yuan was wiped from Yiling Pharmaceutical share prices after Wang’s post appeared.

Wang, 34, is the only son of Wang Jianlin, one of the richest people in China.

YouTuber and current affairs commentator Yue Ge said Wang’s privileged background likely led him to believe he could challenge the official CCP narrative on social media, something that has resulted in expulsion from the party and even prison sentences for outspoken members of the elite under CCP leader Xi Jinping.

“He mainly studied in the UK, and he was admitted to some prestigious schools, and went to University College London, which cultivates subversive thinking,” Yue Ge said. “Western education has no qualms about cultivating critical minds.”

“The second generation of super-rich has a lot of wealth, but also operates outside of the [political] system, with not much in the way of official curbs,” Yue Ge said.

He said Wang had also been highly critical in online comments of the lockdowns in Shanghai that have left people struggling to get enough to eat amid stringent restrictions on the movement of trucks and delivery personnel.

“What Wang Sicong said about any lack of access to food in the 21st century being due to politics … can be understood as a criticism of the CCP’s disease prevention policies,” he said. “Some even thought he was questioning the legitimacy of CCP rule.”

“Wang Sicong’s comments weren’t just a form of personal expression, but also a form of political protest,” Wei said. “What may have been a casual comment on Weibo actually reflects deep discontent among Chinese capitalists.”

“Wang Sicong was the kid who shouted out that the emperor wasn’t wearing any clothes.”

Wei said the move to silence Wang comes after the CCP under Xi has rolled back privileges for the financial elite, imposing CCP committees at boardroom level and intervening in labor disputes likely to cause social unrest.

“The second generation of capitalists, represented here by Wang Sicong, is currently at a very delicate crossroads,” he said. “They are eager for political recognition, and even if that’s hard for them to achieve under the current system, it will inevitably mean further conflicts in future.”

Chinese Twitter users reported on April 27 that Shanghai police had arrested Wang on suspicion of “picking quarrels and stirring up trouble.” RFA was unable to verify the content of those tweets.

Meanwhile, residents of Shanghai are continuing to report a spike in suicides by people jumping from buildings, as the ongoing lockdown is enforced with steel-link fences and panels, and amid continuing complaints about lack of food.

Video clips showed one person falling from a building in Xizang Road, and a mother hugging the body of a dead child in Qingpu, Pudong New District.

Meanwhile, residents banged pots and pans to express dissatisfaction during a visit by the Huangpu district party secretary and mayor to Datong secondary school on Quxi Road, according to another clip.

Many others have been left homeless or with no access to life-saving medical treatment by the lockdown.

“Right now I have hydronephrosis, so I want to get surgery as soon as possible,” a woman from Anhui who has been living on the streets since being discharged from an isolation facility, told RFA.

“But the hospital told me that most Shanghai hospitals are closed, their operating rooms not fully operational, and medical resources are very limited, so I have to wait for two weeks,” the woman, who gave only a nickname Anna, said.

“My hydronephrosis is getting worse, and quite painful now, and I need to get treatment as soon as possible,” she said.

Media reports from NetEase Finance and Phoenix Satellite TV aired a video clip from someone in the northern province of Hebei saying they had been ordered to put their front door keys outside for officials to hold, or face detention by local police, prompting online criticism over the safety implications.

Beijing-based rights lawyer Mo Shaoping local officials have no legal right to lock residents in their homes: ” I personally think that they have no legal basis for doing this,” Mo told RFA.

“Just as he thought he’d been successful in eliminating dissidents from party ranks and in controlling public speech, the virus … came along, bringing with it wave after wave of infections,” Wei said in a commentary broadcast on RFA’s Mandarin Service.

“Anxious to prove himself in controlling the pandemic, he listened only to flattery from a group of lickspittle scientists, and actually believed that zero-COVID was possible.”

“But the lockdowns didn’t just fail [to control COVID-19]; they actually increased infections, causing public anger and resentment,” Wei said. “I’m guessing he can probably see his own stupidity now, but his sycophants have no good ideas.”