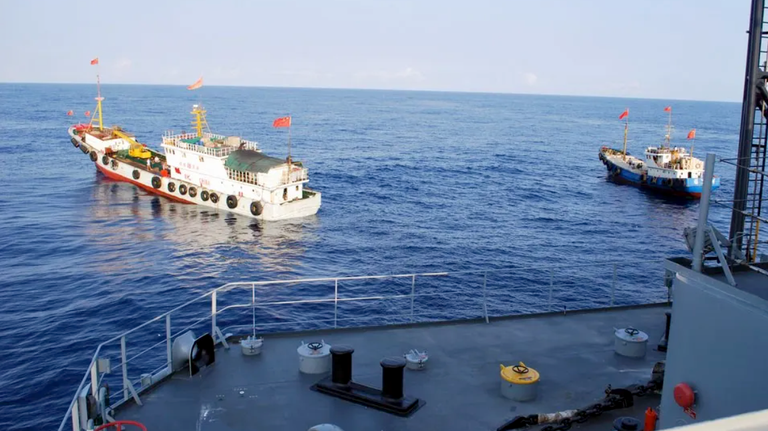 China is the source of destabilization in the South China Sea and has been for the last couple decades, but Beijing’s assertiveness has less to do with its rivalry with the United States than is commonly assumed, a new report says.

In the report “Dynamics of Assertiveness in the South China Sea” published by the National Bureau of Asian Research (NBR), an U.S. non-profit research institution, U.K.-based academic Andrew Chubb examines maritime disputes and the changes in state behavior of the most active claimants including the People’s Republic of China (PRC), the Philippines and Vietnam.

The report is based on based on data that measures the year-on-year changes in assertive behavior by the three countries between 1970 and 2015.

Chubb identified four types of assertiveness which states are demonstrating while pursuing their interests in the South China Sea, ranging from verbal claim assertions via statements and diplomatic notes to threats of punishment and the use of force.

One of the findings is that increasing Chinese assertiveness has been continuous in the South China Sea, with the PRC making assertive moves in most years since 1970.

Furthermore, the PRC’s coercive actions, or those that involve the threat or use of punishment, became much more frequent after 2007, the year that marked the beginning of a rapid expansion of Chinese patrols and massive land reclamation efforts.

China’s assertive actions have most frequently targeted the Philippines and Vietnam, the study found, and were generally not driven by dynamics in Sino-U.S. relations – although Washington, which is not a claimant in the South China Sea, has in the past decade become increasingly vocal about China’s behavior. More recently, it has also stepped up freedom of navigation operations and military drills in those waters.

The study also draws conclusions about the stance of the China’s rival claimants. On Vietnam, it finds that as early as the 1990s, virtually every assertive move by Hanoi in the South China Sea concerned its disputes with China. Meanwhile, Vietnam remained a target for around 80 percent of PRC assertive actions through the 2000s.

But by 2010, after three years of sustained Chinese advancements, Vietnam could no longer keep up with the PRC and from mid-2011 on, new Vietnamese assertive activities were mostly verbal declarations, as Hanoi switched its focus toward diplomacy, according to the study.

Manila’s behavior in the South China Sea, on the other hand, has been more sporadic and inconsistent than that of the other claimants, and more likely to be one-off incidents rather than ongoing actions.

Serious U.S. concerns only started in March 2009 when the U.S. surveillance ship USNS Impeccable, believed to have been conducting hydrographic surveys, was harassed by Chinese maritime militia while operating near Hainan island in the South China Sea.

The study finds that PRC’s assertive policy in the South China Sea has not been driven by its great-power competition with the U.S. China’s policy gathered steam about a decade before the sharp downturn in Sino-U.S. relations from 2017.

The author says it is challenging for Washington to formulate a response to Bejing’s assertiveness while continuing to be seen as a stabilizing force in the region.

“Given the protracted nature of the PRC build-up, it definitely means that the U.S. has a lot of challenges if it wants to use policy tools to try to deter the PRC from engaging assertive moves,” Chubb said.

The author looked into “the idea of trying to counter the PRC’s strategy by deliberately raising the risk of escalation … that has been advocated by a number of influential policy thinkers over the years.”

Chubb advised against it, saying that one of the greatest strengths of the U.S. in the region is being seen as a stabilizing force.

“Looking at the situation over the past couple decades, it’s quite clear that the PRC is the source of destabilization and the U.S. presence has been by and large a stabilizing one.”

“Deterrence strategy should focus on economic measures such as trade negotiations rather than actions that raise the risk of military escalation,” he said.

ASEAN countries could also do more to send a “subtle but loud deterrence signal” that will force Beijing to make concessions or at least give it incentives for moderation.

“Over the past couple decades, the intra-ASEAN disputes have been neutralized, ASEAN countries are no longer advancing claims against each other in an active manner,” Chubb said.

But he noted that even “symbolic gestures would be taken very seriously by the PRC as a sign that countries in the region are forming a united front against China.”