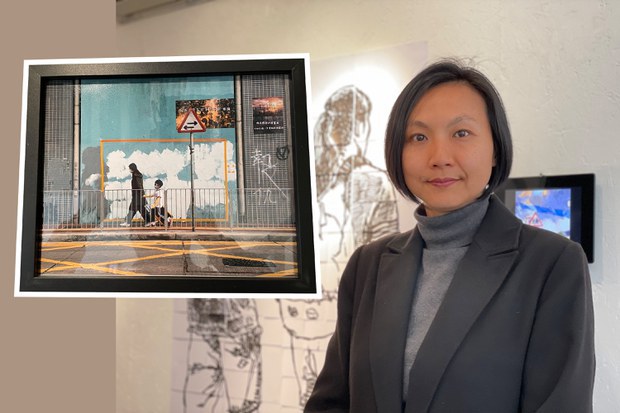 Authorities in Hong Kong could move to block the popular Telegram messaging app, amid fears that the city could gradually be moving towards mainland China-style internet censorship.

Privacy Commissioner Ada Chung told a Legislative Council (LegCo) committee on Monday that the government remains concerned about doxxing and other violations of personal data privacy, and that her office is looking at blocking Telegram to address the issue.

Chung’s office issued 227 takedown orders to 12 online platforms between Oct. 8, 2021 and Dec. 31, 2021, requesting the removal of posts that revealed people’s personal details, something that was criminalized in an amended Privacy Ordinance last October.

Chung said her office had also been involved in having people arrested for posting information about LegCo members — all of whom were elected from a slate of candidates strictly vetted for their loyalty to the ruling Chinese Communist Party (CCP) — and their family members online.

Such information, if it led to knowledge of lawmakers’ business interests and political connections, might be considered in the public interest elsewhere.

Chung said her office was fighting an ongoing battle to prevent personal information being posted online, as people often repost the information after the takedown order has been implemented. She said it was much harder to enforce the law when it came to online platforms headquartered overseas.

Chung said the newly amended law gives her office the power to restrict access to platforms that don’t comply with the city’s privacy laws, adding that her officials are compiling a blacklist of non-compliant platforms.

The pro-China Singtao Daily newspaper identified Telegram — which was widely used to coordinate civil disobedience and other actions during the 2019 protest movement — as the chief area of concern for the government.

“Since 2019, the Privacy Commissioner has noticed that many of the messages that originated in Hong Kong were sent from a few groups on Telegram, and that most of them were political in nature, or involved the continuation of social activism,” the paper said. “Those targeted included government officials, LegCo members and even regular citizens.”

Telegram said on Wednesday it was “surprised” by the claims of doxxing made by Hong Kong officials.

“Doxxing content is forbidden on Telegram and our moderators routinely remove such content from around the world,” spokesperson Remi Vaughn said in a statement emailed to RFA.

It said that while doxxing, illegal pornography or calls to violence would be deleted, the company wouldn’t carry out political censorship.

“Any requests related to political censorship or limiting human rights such as the rights to free speech or assembly are not and will not be considered,” the statement said.

Meanwhile, exiled Hongkongers in the U.K. are using public spaces to evade political censorship that would be meted out to them at home under a draconion national security law imposed on Hong Kong by the CCP, banning public dissent and political opposition.

Art curator and former pro-democracy district councilor Clara Cheung moved to the U.K. with her family after it became clear that opposition politicians were increasingly being targeted under the national security law, which took effect from July 1, 2020.

Now in Manchester, Cheung has put together an exhibit titled “The 24901-mile-wide Red Line,” showcasing works from Hong Kong artists that can no longer be publicly displayed in their home city.

She also invited artists from Thailand and Myanmar, whose own protest movements were supported by Hong Kong protesters as part of the Milk Tea Alliance, to exhibit.

The 24,901 miles refers to the earth’s circumference, and Beijing’s attempts to extend censorship far beyond China’s borders to the entire planet.

Many of the works in the show would have been entirely unproblematic in Hong Kong just a few years ago, Cheung said.

She said the exhibit was intended to encourage Hong Kong artists to keep testing the limits of government censorship.

“Otherwise, the creative space will get smaller and smaller, and the red line will be more and more entrenched,” Cheung said.

“Everyone will get squeezed tighter and tighter by the white terror,” she said, using a term that originated in Taiwan to describe political crackdowns on dissent under the authoritarian rule of the Kuomintang, which ended in the 1990s.

“The people in charge of Hong Kong are giving us the impression … that curbs are actually more severe than those in mainland China,” Cheung said. “It’s as if the different departments in the Hong Kong government, like the state security police, prosecution service, etc, are fighting among themselves to see who is more loyal [to Beijing].”

A Hongkonger viewing the exhibit who gave only the nickname A Chin said dissidents in Myanmar appear to have it still worse, however.

“One artist in Myanmar died after being tortured for 12 hours … I don’t even know what to say to that; it weighs heavily on me,” A Chin said.

“But it’s important for those of us who are still alive to see what we can do … you can’t stay in the pain of the past forever.”