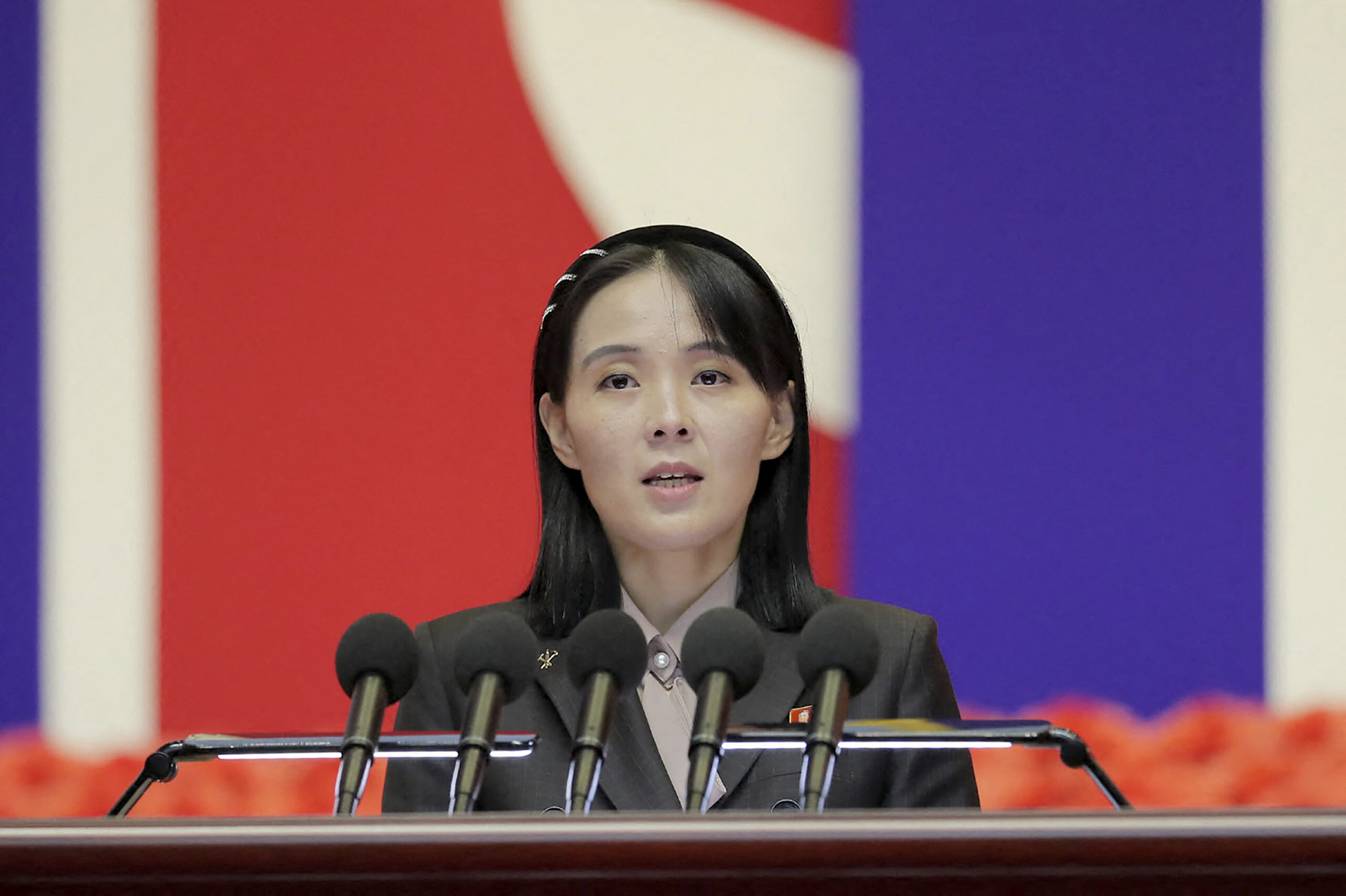 North Korea lifted COVID-19 restrictions at bathhouses and restaurants nationwide after declaring victory over the virus and ending its “maximum emergency” order that had been in place since May.

The country’s leader, Kim Jong Un, said last week during a speech at a nationally televised COVID review meeting that the country had stopped the spread of the disease, while adding that it had to maintain a “steel-strong anti-epidemic barrier and intensifying the anti-epidemic work until the end of the global health crisis,” state media reported.

At the same meeting, Kim Jong Un’s sister, Kim Yo Jong, the vice department director in the Central Committee of the ruling Korean Workers’ Party, revealed in her own speech that her brother had contracted the disease. She vowed “deadly retaliation” against South Korea, which she accused of causing the outbreak.

The lift on restrictions for restaurants and bathhouses began on Sunday, a resident in South Pyongan province, north of the capital Pyongyang, told RFA’s Korean Service on condition of anonymity for security reasons.

“Starting today, large and small restaurants … in [the city of] Pyongsong have begun operating normally. This is because the maximum emergency epidemic prevention system has been officially lifted,” the source said.

Prior to the pandemic, restaurants were open daily from 10 a.m. to 10 p.m., according to the source. The National Emergency Quarantine Command mandated that restaurants close at 6 p.m. in 2020 as a preventative measure against the spread of the virus.

North Korea claimed to be virus free throughout all of 2020 and 2021, but finally acknowledged publicly that a major outbreak occurred as the result of a massive military parade in April 2022, and declared the national maximum emergency the following month.

During the maximum emergency, restaurants were open only from 11 a.m. to 2 p.m. They are now fully open, according to the source.

“The authorities ordered each restaurant to dedicate a portion of its profit to the state from the end of this month,” the source said.

In nearby Songchon county, bathhouses and swimming pools had all been ordered closed during the emergency, another South Pyongan source told RFA on condition of anonymity to speak freely.

“However, with the end of the maximum emergency epidemic prevention system, the operating restrictions of the public bathhouses and swimming pools were also lifted,” the second source said, adding that a facility affiliated with the provincial government began 24-hour operations.

She said that the 24-hour operation is not nationwide, however.

But even though restaurants and bathhouses are open again, they will likely see fewer customers because few people can afford the expense due to the country’s poor economy, the second source said.

In the city of Sinuiju, across the Yalu River border from China, normal business operations in restaurants resumed, a source there told RFA, but tables had to be 3 meters (9.8 feet) apart, and citizens with a high fever are barred from eating or drinking in restaurants.

“In addition, there must be disinfectant liquid at the entrance to the restaurant, and restaurant staff must wear a mask to serve customers. Restaurants caught by the quarantine command for not following quarantine regulations will be fined 100,000 to 300,000 won ($12~36),” the third source said.

Last week’s national emergency quarantine review meeting was a nationally televised event, and citizens tuned in to catch a rare look at Kim Yo Jong as she accused South Korea of causing the coronavirus to spread in the North, a resident in the northwestern province of North Pyongan told RFA shortly after it was aired.

“What matters is the fact that the South Korean puppets are still thrusting leaflets and dirty objects into our territory,” Kim Yo Jong said during her speech, referring to the practice of South Korean activist organizations flying anti-regime leaflets by hot air balloon into North Korean territory.

South Korea passed a controversial anti-leaflet law in December 2020 that severely punishes offenders with steep fines and multiyear jail sentences. Even so, one activist group released millions of leaflets as recently as April.

Kim implied during her speech that leaflets contaminated with COVID-19 caused the most recent outbreak.

“We have already considered various counteraction plans but our countermeasure must be a deadly retaliatory one,” she said.

South Korea’s Ministry of Unification dismissed North Korea’s claim that Seoul was the cause of the coronavirus in North Korea.

“North Korea is repeating baseless and deterrent claims related to the source of the coronavirus at the national emergency quarantine review meeting. We express our deep regrets at the rude and threatening remarks about South Korea,” a ministry official told reporters last week.

The North Pyongan source said people she knew who had watched the speech were disappointed that Kim did not mention any effort to improve the financial condition of North Koreans.

“Her speech was full of words that only worsened the situation on the Korean peninsula. … Residents are complaining that if they have declared victory in the fight against the coronavirus, they should now discuss ways to solve the worsening living situation,” the second North Pyongan source said. “They are only concerned with instigating hostility to eradicate the South Korean authorities.”

A group of viewers in South Pyongan were unimpressed by Kim Yo Jong, a third source there told RFA.

“They were saying that Kim Yo Jong seemed to have low dignity, because she couldn’t take her eyes off of her written speech and read it in a trembling voice like a student.”