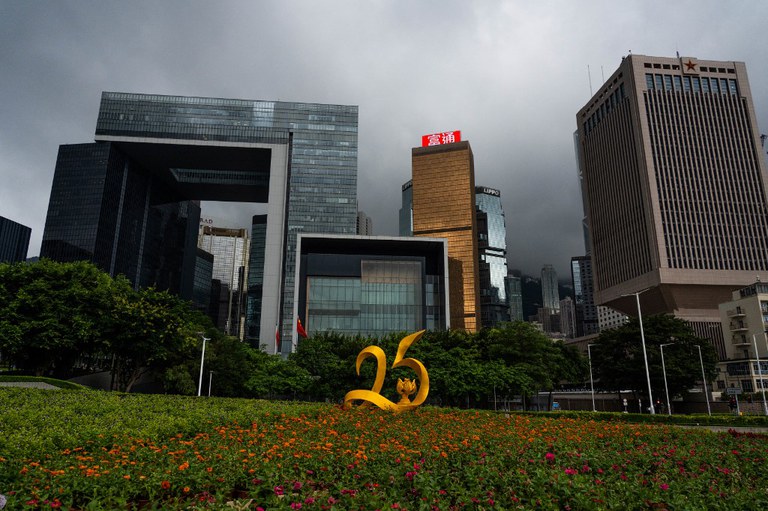 A nationalistic program of Moral, Civic and National Education brought in to replace Liberal Studies in Hong Kong’s primary and secondary schools has removed references to the city’s status as a former British colony, local media reported.

Four textbooks recently released online from three publishing houses contain the sentence “Hong Kong was not a colony,” the Ming Pao and other newspapers reported.

The move comes after articles in media controlled by the ruling Chinese Communist Party (CCP) expressed the same idea.

“Before 1997, the United Kingdom regarded Hong Kong as a colony, and its use of the term “overseas dependent territory” was just another term for a colony,” a 2021 opinion piece in the CCP-backed Ta Kung Pao said in an op-ed piece dated April 10, 2020.

The article dismissed British sovereignty over Hong Kong Island and Kowloon, ceded by the Qing Dynasty in perpetuity, or the New Territories, which were governed by Britain under a 99-year lease that expired in 1997.

The colonial status of Hong Kong was “wishful thinking” on the part of the British, the article, signed by Xiao Ping, said.

“The Chinese government after the Qing Dynasty did not recognize the unequal treaty that ‘ceded’ Hong Kong, and never gave up its territorial sovereignty over Hong Kong,” it said, adding that China had successfully had Hong Kong removed from a United Nations list of colonies in 1972.

It said the removal of Hong Kong from that list meant that the city wasn’t eligible for independence under post-war, post-colonial settlements like other former colonies.

Now, this CCP-endorsed argument has made it into Hong Kong schools, to be taught as fact, as part of the new nationalistic education program in the city.

Students are required to absorb, and find arguments to support, the political points made in the program, without considering arguments for and against, the Ming Pao reported.

The Liberal Studies critical thinking program, rolled out in Hong Kong schools in 2009, has been blamed by Chinese officials and media for several mass protests in recent years, from the 2011 campaign against patriotic education by secondary school students, to the 2014 youth-led Umbrella movement, to the 2019 protests that began as a campaign against extradition to mainland China and broadened to include demands for fully democratic elections.

Details of the new textbooks emerged after staff removed more than 200 titles from school libraries, including those written by pro-democracy advocates and former lawmakers.

Meanwhile, CCP leader Xi Jinping sent a congratulatory letter to the Ta Kung Pao on its 120th anniversary on Monday, commending the newspaper for its contribution to “maintaining social stability in Hong Kong” and “winning back hearts and minds”.

The letter was read out by Luo Huining, director of Beijing’s Central Liaison Office in Hong Kong, who also lauded the paper’s patriotism.

“In a diverse society like Hong Kong, it is especially necessary for the patriotic media to uphold the truth … and promote clarity,” Luo said. “We especially need journalists who will uphold their mission and act responsibly.”

Public opinion still appears to be lagging behind CCP propaganda, however.

The Ta Kung Pao has been bottom of the class in recent polls by public opinion researchers at the Chinese University of Hong Kong, according to Taiwan-based political commentator Sang Pu.

“They want to bring Hong Kong under complete subjugation to the CCP, and the Ta Kung Pao is a good tool for Xi Jinping to achieve this,” Sang told RFA. “The Ta Kung Pao, along with Xinhua news agency, the People’s Daily and CCTV, have played a key role in … placing the CCP’s press releases in Hong Kong [media].”

He said the Ta Kung Pao had printed political denunciations of prominent, pro-democracy media organizations shortly before they were forced to close amid the threat of prosecution under the national security law, which ushered in an ongoing crackdown on public dissent and peaceful opposition in the wake of the 2019 protest movement.

“Xi Jinping is of the view that the media are the mouthpiece of the party, so the Ta Kung Pao counts as a media organizations, while all the rest are chaotic elements that don’t count as media at all,” Sang said. “In the view of the CCP, there is no such thing as freedom of the press.”

Sang said the removal of certain books from primary and secondary schools shows that the entire publishing industry must be walking a fine line to avoid prosecution under the national security law.

Among those removed were books about the democratic processes that developed in Hong Kong between the 1990s and 2019, when the last democratic elections to the District Council following months of mass popular protest over vanishing freedoms resulted in a landslide for the pro-democracy camp.

An autobiography by Wang Lingyun, mother of 1989 student protest leader Wang Dan, and by late ousted liberal premier Zhao Ziyang, were also among those removed from schools.

Wang said the removal of the books showed that freedom of expression was being stifled in the city.

“There used to be no taboo around June 4, 1989-related or other politically sensitive books in Hong Kong, but now they’re being removed by the education authorities,” Wang told RFA.

“Under the national security law, the Hong Kong authorities must support the government in Beijing, which has made up its mind to stifle freedom of speech in Hong Kong, and have no choice but to take them off the shelves to protect themselves,” he said.

He said the CCP’s aim is to erase memories of mass protests, and to prevent younger people in Hong Kong from being influenced by ideas like freedom and democracy.