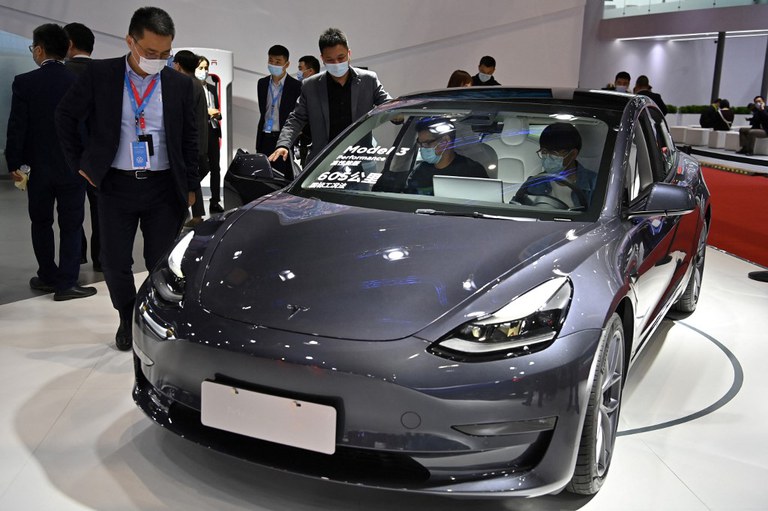 Elon Musk’s Twitter takeover has sparked fears that the platform may now be more vulnerable to Beijing’s influence, amid an ongoing overseas influence and infowar campaign by the Chinese Communist Party (CCP).

Musk’s recent U.S.$44 billion acquisition of the social media platform was questioned by Amazon founder Jeff Bezos soon after it was finalized, with Bezos tweeting on April 26: “Interesting. Did the Chinese government just gain a bit of leverage over the town square?”

The tweet came in response to an earlier one from New York Times reporter Mike Forsythe, who noted that China was the second-biggest market for Musk’s Tesla electric cars in 2021, with the company relying heavily on Chinese battery-makers to make electric vehicles.

“After 2009, when China banned Twitter, the government there had almost no leverage over the platform,” Forsythe tweeted on April 25, adding: “That may have just changed.”

The same question was posed to U.S. Secretary of State Antony Blinken at the Foreign Press Center in Washington on May 3.

While Blinken declined to comment on private companies, he responded in more general terms: “Free speech, including free media, including platforms of one kind or another, are incredibly important to to the Biden administration,” he said.

Blinken also accused Beijing of waging “hybrid warfare” against the democratic island of Taiwan, “including disinformation, including cyber attacks.”

“These are designed to basically distort the information environment and democratic processes,” Blinken said. “So we’ve partnered with Taiwanese authorities on civil society organizations, to support independent fact based journalism, to try to build societal resilience to disinformation, and other forms of foreign interference.”

Blinken also indirectly touched on more detailed concerns expressed on Twitter in recent days that Musk might consider making it easier for Beijing to identify who is posting on Twitter, or tolerate CCP-sponsored propaganda accounts, which have previously been deleted in large numbers from the platform.

“We’ve been deeply concerned about what we’re seeing from [China], in terms of its misuse of technology to try to do things like increased surveillance, harassment, intimidation, censorship, of citizens, journalists, activists, and others,” Blinken said.

“These very same leaders in Beijing are using the free and open media that we ensure that are protected in democratic systems to spread propaganda to spread disinformation.”

He also warned that Beijing is keen to extend its censorship and propaganda efforts internationally.

“It also appears that they are further using these systems to stalk, harass and threaten critics who are outside [their] territory,” Blinken said. “We condemn and we’ve taken action against these efforts and will continue to defend the principles of free press an open secure, reliable, interoperable internet and the benefits that flow from it.”

“There is their megafactory in Shanghai, and all of his supply chain, like batteries, comes from China,” Ho told RFA. “The Chinese government has always been very good at controlling companies … and has always placed strong controls on big capital and on freedom of speech.”

Musk’s acquisition of Twitter will make it much easier for China to wield influence there and affect freedom of speech internationally, and that includes exerting influence over foreign companies, he said.

“The Chinese government will never relent, even in part, on controlling freedom of speech, especially where it wants to protect itself or prevent speech that isn’t in its interest,” Ho said. “I can’t see them letting an opportunity to interfere with a platform like that go.”

After the takeover, Musk took to Twitter to invite his “worst critics” to stay on the platform and keep the tradition of free speech alive there.

But he added that speech could only be free

“I want even my worst critics to stay on Twitter, because that’s what free speech is all about,” Musk said after acquiring Twitter. However, he also tweeted, “By “free speech”, I simply mean that which matches the law.”

Foreign companies, including Cambridge University Press, have previously used the notion of compliance with laws and regulations to justify implementing Beijing’s censorship demands.

Musk tweeted on April 26: “I am against censorship that goes far beyond the law. If people want less free speech, they will ask government to pass laws to that effect.”

Taiwan strategic analyst Shih Chien-yu said Musk appears to have a love-hate relationship with the CCP.

“Musk is a global entrepreneur who has tried to have restrictions and rules in different countries changed to create ways of operating and values that are conducive to the ongoing development of his business,” Shih told RFA. “Twitter is part of his business [empire] now.”

But he said it was hard to predict how far Musk would be willing to use Twitter as leverage with Beijing.

“We also don’t know how far Musk’s control of Twitter is going to result in enabling or breaking free speech,” Shih said.

Reuters reported on May 3 that authorities in Shanghai had helped Tesla transport more than 6,000 workers and carry out necessary disinfection work to reopen its factory last month amid the city’s lockdown, according to a letter that Tesla sent to local officials.

Tesla reopened its factory in Shanghai on April 19 after a 22-day hiatus amid widespread coverage from state media.

The letter lauded a company run by the Lingang Group had arranged for 6,000 Tesla workers to be bused in to the factory and disinfected the whole premises to enable production to start up again, Reuters said.

The letter also mentioned plans for further expansion of the Shanghai facility, the agency said.

“You’re really keen on guesswork, but there is no factual basis for this,” Wang told a regular news briefing in Beijing.