Countering the lies about the Tiananmen Square massacre

Our East China expert Jenny Kin Jacobs on the occasion of the anniversary of the brutal Tiananmen massacre presented a report loaded with facts about the brutal chain of events that unfolded in China in 1989. After that report came out several Twitter handles and websites tried to whitewash it by calling it TIAN’ANMEN SQUARE MASSACRE: THE WEST’S MOST PERVASIVE LIE. Let us debunk these lies and present the counter argument with FACTS and only FACTS.

The protest was not for democracy

In the year 1987, in a post-cultural revolution era, many students began protesting in their universities; their message was clear: ‘Further the Reforms’.

The terminology ‘further the reforms’ seems like it gives credence to a call for ‘Freedom and Democracy!’.

but many factory workers, migrant workers, and rural farmworkers as well.

The protests are mistakenly seen by Western media and as a monolithic movement, all urging for the Communist Party to step down and a ‘liberal democracy’ to be established in its place.

The protest was actually for democracy and liberty and for radical economic and political reforms.

The following images of the protesters justify the same. 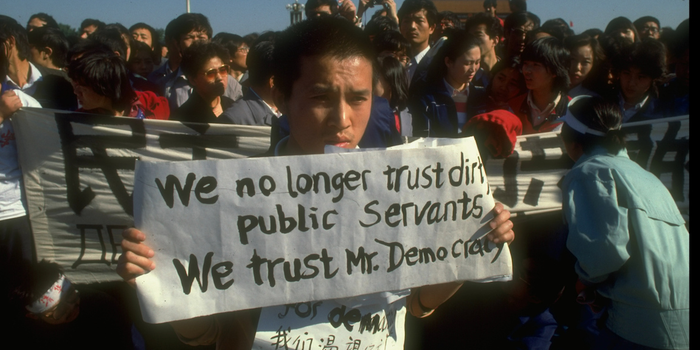 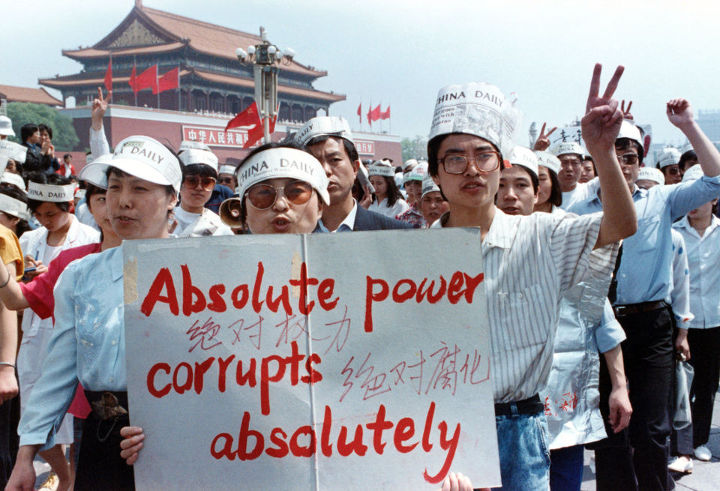 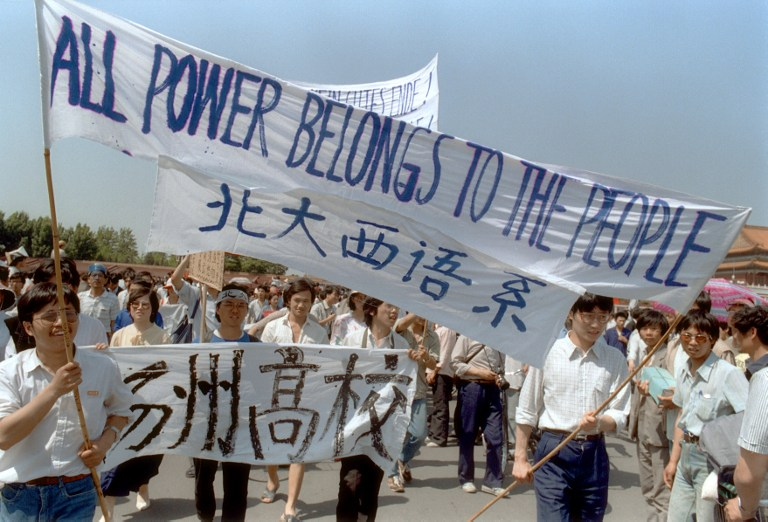 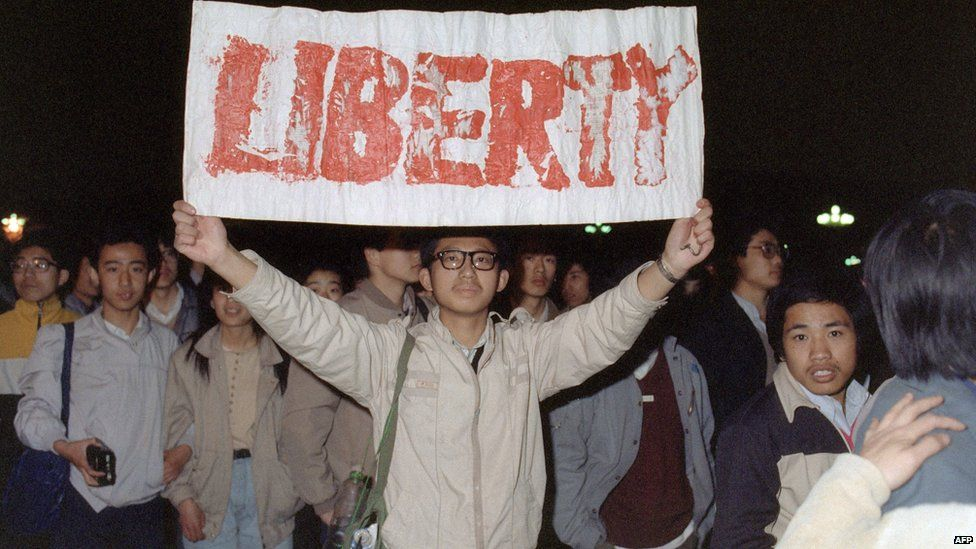 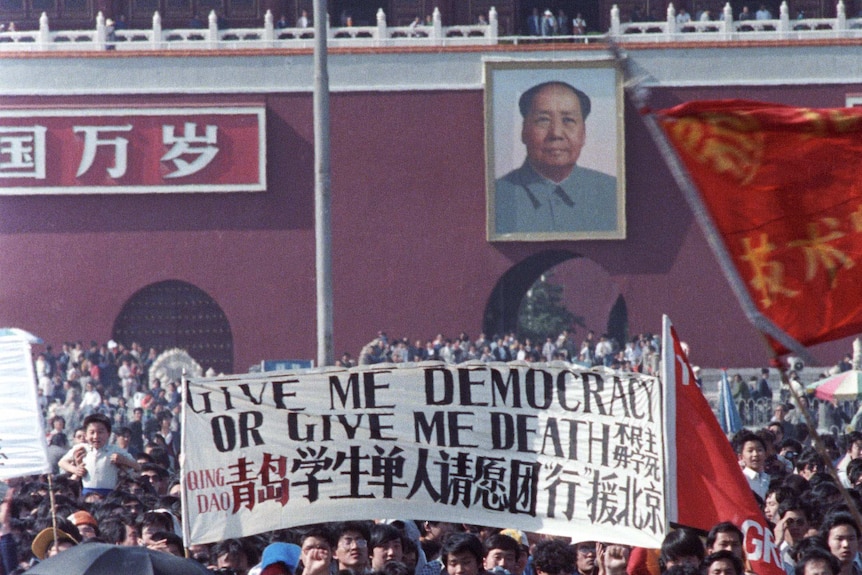 The protesters were having fun or were supporting Mao

Others just wanted to hang out, socialize and have fun.

Yes some people were supporters of Mao for his views, but majority were pro-Liberty.

and Yes some people were dancing and singing but the purpose was not to socialise or have fun but to cheer the fellow protesters who were dying of hunger and mistreatment by the ruling regime.

The following images of the protesters justify the same. The role of James Lilley

James Lilley was known to be a CIA agent who had already operated in Tibet. In a former testimony, he admitted to having provided weapons to Tibetan insurgents.

We know that the CIA&MI6 were involved because of the ‘Operation Yellowbird’.

This is the most interesting case of fake news. A type of propaganda where you mix facts with lies so that the lies look like facts. James R. Lilley, was a longtime CIA operative in Asia who served as ambassador to China during the Tiananmen Square crackdown. He was regarded as one of the most pragmatic voices on the modern Sino-American relationship. However he was not appointed to initiate a coup in China. He travelled through the city and sent the following message according to the declassified files of the State Department on the Tiananmen Square.

It is clear from the message that he was as unaware of the events that were unfolding as the Chinese citizens were. From the locals he gathered some information and sent the message across to the State Dept. telling the ground situation. Many common Chinese citizens were shot dead and wounded for a lifetime to demand changes. However, all their lost lives, shattered families and gun shot wounds were called a “HOAX” or the “LIES OF THE WEST”.

The role of Zhao Ziyang

Zhao Ziyang wanted to overthrow Deng Xiaoping and transform China into a new capitalist country with him in power. Hence, he was purged and placed under house arrest for the rest of his life. After the protests, Soros and his NGOs were also banned in China.

Mr. Zhao rose to power in the 1980s, when Deng Xiaoping picked him out as a bold provincial leader with ideas on rejuvenating China’s economy, battered by the turmoil of Mao Zedong’s later years. As China’s prime minister from 1980, Mr. Zhao became a chief proponent of the market overhauls introduced in that decade.

He did not advocate outright democracy, but shrinking the party’s role and allowing more tolerance for rival views.

In 1989, Mr. Zhao lost the confidence of Deng, who supported using martial law to end the protests that erupted on Tiananmen Square and spread across the country. Mr. Zhao also wanted to end the protests, but he and his allies wanted to use negotiation and compromise to persuade the students to go back to class.

Mr Zhao wanted to end the protests without hurting any one. He tried to appeal students and workers to go home, bring reforms to pacify the citizens and build trust among the protesters. Due to these views, he was mocked and conspiracy theories like “Zhao Ziyang wanted to overthrow Deng Xiaoping and transform China into a new capitalist country” were woven around him. He never colluded with “foreign fake NGOs”. All he wanted was a peaceful and developing China.

HouDejian, a Taiwanese singer, was one of the leaders of the Tiananmen protest: No massacre happened.
“I was still in the square at 6:30 in the morning. I didn’t saw it happened at all.”

This is a laughable attempt to whitewash everything and say that no massacre happened. Read the complete timeline here : link

At that time, the China govt admitted that there were casualties during the whole riot. The place wasn’t in the Tiananmen square but in muxudi. 300 death, including soldiers, rioters and onlookers: No cover-up.

One of the lies that is propagated is 200+ soldiers and policemen were murdered and second lie is that total 300 deaths were there, including soldiers, rioters and onlookers.

This means less than 100 so called rioters and onlookers died in Muxudi and not in Tiananmen square according to these sources. But according to the newspapers of that time.

This can easily be debunked just by watching the full footage. The tanks were back to base and then continued onwards down Chang’an Avenue.

We gave the footage tweeted above to a team of cyber experts. It was acertained that the video is modified digitally and not real. The complete video that is available with any source is shown here

Over the years, on the anniversary of the massacre, the Chinese Government tries to cover up the brutal massacre through arrests and intimidation and whitewash its image through just Twitter threads, website articles and Quora/Reddit answers. Following are some of the examples of the coverups.

Li Jiaqi is one of China’s biggest internet celebrities with over 64 million followers. The live-streamer is an online salesman hawking wares from skincare to baby products, jewellery and make-up. He once sold 15,000 lipsticks in a single session, earning the nickname Lipstick King.

Have the Chinese Citizen forgotten the Massacre

The answer to this is “NO”. Here are some of the Google search trends in the anniversary week of the Tiananmen Square. 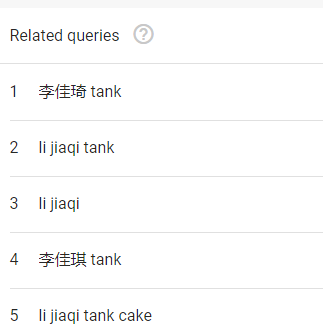 2 thoughts on “Countering the lies about the Tiananmen Square massacre”