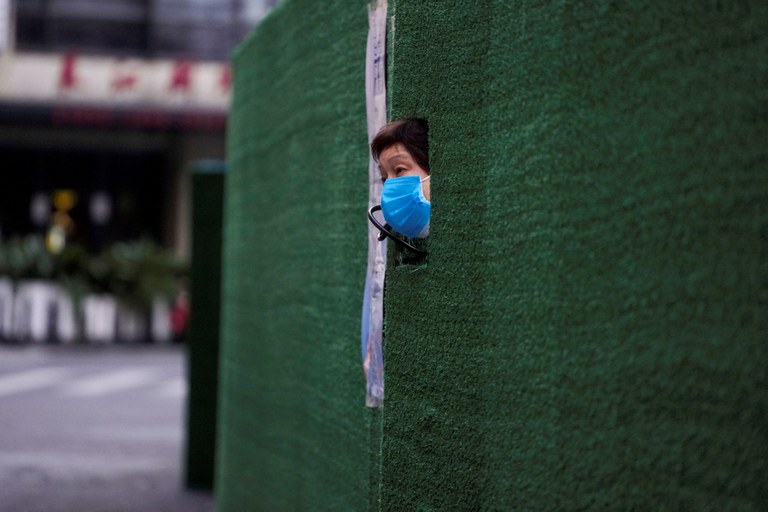 Authorities in the southern province of Hainan have jailed a former journalist for “impeaching the reputation of heroes and martyrs” after he commented online about the portrayal of China’s role in the Korean War (1950-1953) in a ruling Chinese Communist Party (CCP) propaganda movie.

Luo Changping was sentenced to seven months’ imprisonment by a court in the resort city of Sanya, which found him guilty of the charge in connection with his comments on “The Battle at Lake Changjin.” He was also ordered to make a public apology.

Critics of the movie outside China say it never mentions that the Korean War was triggered by the North’s invasion of the South, and make it appear that the landing of U.S. forces at Incheon was an invasion out of the blue.

Soldiers in the film are led to believe that they are ultimately fighting to protect China from a U.S. invasion, and Luo made fun of them as “stupid” in a social media post commenting on the movie.

Luo was initially detained by police in Sanya in October 2021.

The court found that while Luo deleted his post and apologized shortly afterwards, it had already been widely seen by other internet users, and “caused strong public indignation.”

However, it said the sentencing had been mitigated by Luo’s turning himself in, his guilty plea and acceptance of his punishment, as well as his willingness to pay 80,000 yuan (U.S. $12,000) in compensation to public welfare funds.

The trial was reported in state media, but no footage of Luo’s guilty plea was used.

Friends of Luo’s told RFA he will likely be released soon, as the sentence was equal to time already served in pretrial detention.

But calls to Luo’s cell phone resulted in a shut down signal on Friday, while his accounts on WeChat and Weibo remained suspended.

‘Kill the chickens to frighten the monkeys’

U.S.-based legal scholar Teng Biao said the crime Luo was convicted of is in itself a violation of Chinese citizens’ constitutional right to freedom of expression.

“The authorities like to use cases like this to kill the chickens to frighten the monkeys,” Teng told RFA. “The fact that even Luo Changping, who is a relatively well-known journalist, can still get arrested and sentenced to jail will make the deterrent even more effective.”

“Even if others say similar things, the government can arrest them too, in their dozens, hundreds or even thousands, and jail them too,” Teng said. “The environment for freedom of speech and expression in China is getting worse and worse.”

“The CCP uses … evil laws like ‘impeaching the honor of heroes and martyrs’ to deprive citizens of their basic rights and control them,” he said.

A human rights lawyer who gave only the surname He agreed that such laws are problematic.

“The whole concept is absurd,” He said. “How do you define a hero and what constitutes an insult?”

“If you insulted [World War II hero] Sun Liren and called him a butcher, I think you’d be fine, because he was in the Kuomintang [the CCP’s political rivals],” he said. “But if you speak ill of a certain CCP general during the war against Japan, you could be guilty of this crime.”

A fellow rights attorney surnamed Zhang said the CCP’s “defamation” law works similarly, as it has been used to prevent public criticism of officials.

Meanwhile, authorities in Shanghai have hauled a man in for questioning after he sang the Internationale, an anthem of global communism, from his apartment during lockdown.

“Arise, slaves to hunger and cold,” the Chinese version of The Internationale begins. “Arise, all those who suffer around the world.”

In a video clip uploaded to social media, four police officers in full PPE are shown at the door of the man’s apartment.

The clip sparked intense discussion on Weibo, with many comments expressing incredulity that a communist anthem is deemed illegal in a communist country, particularly on the birthday of late supreme CCP leader Mao Zedong.

“So we can’t even play the Internationale in socialist countries now?” one person commented, while another added: “What’s wrong with playing it on Mao’s birthday?”

The people of Shanghai are currently in the same situation as those slaves to hunger and cold in the Internationale, Gao told RFA.

“It’s because it has that line about ‘slave to cold and hunger’ in it,” Gao said. “Slaves have no personal freedom, and they’re all in lockdown.”

“They are living through cold and hunger right now,” she said.

Former 1989 student leader Wu Jianmin said the CCP typically views expressions of public anger as an attempt to cause trouble for the regime.

“The police didn’t just issue a reprimand; no, they will charge you with a crime straight away if you oppose Chinese government policy, Xi Jinping or the CCP, so many people don’t dare to oppose them openly,” Wu told RFA.

“But they still need to vent their feelings, and they have found something to express their mood in the lyrics of The Internationale,” he said. “That’s why they won’t let people sing it during lockdown, because they think they are disrupting public order.”

Gao said the CCP usually sings the anthem during its five-yearly national party congresses, the next of which is slated for later this year.

“Let’s see if they sing it this time too,” she said. “If they do, it means that everything they are singing is fake, because they won’t let the people sing it.”