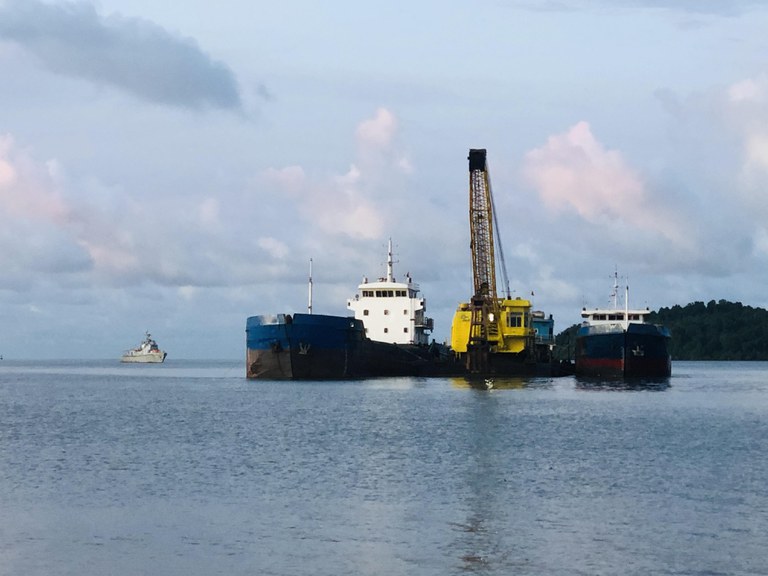 A ground-breaking ceremony got underway on Wednesday morning at the Ream Naval Base in Cambodia for a Chinese-assisted development project that is causing grave concerns to the U.S. and allies.

According to the publicly announced plan, China will help Cambodia to renovate and upgrade some facilities at Ream, including constructing two new piers, a dry dock and a slipway, a hospital and several other buildings.

China will also assist the Cambodian Royal Navy to repair some of its old ships and dredge navigation lanes to allow medium-sized vessels to access the base.

It is unclear how much the project will cost but it is understood that the Chinese government will foot the whole bill.

Ream Naval Base is located in Sihanoukville province on the Gulf of Thailand.

‘Not a secret base’

The project has attracted much attention from Western governments after the Wall Street Journal reported in 2019 that Phnom Penh and Beijing had signed a secret deal to allow the Chinese military to use part of the base for 30 years—with automatic renewals every 10 years after that—and to post army personnel, store weapons and berth warships.

The reported deal would provide China with its first naval staging facility in Southeast Asia, the second in the world after a base in Djibouti, and allow it to significantly expand patrols across the South China Sea.

Cambodia has repeatedly denied the information, saying permitting a foreign military base on Cambodia’s soil would be in complete contradiction to the country’s constitution.

Phnom Penh argued that it had organized several visits for foreign diplomats to Ream, proving it was “not a secret base.”

Chinese government officials also denied a later report that said the Chinese military “will have exclusive use of parts” of the base.

Chinese Foreign Ministry spokesman Zhao Lijian told reporters in Beijing on Tuesday that “the renovation of the base serves solely to strengthen the Cambodian naval capacities to protect its maritime integrity and combat maritime crimes.”

Cambodian and Chinese official statements however did little to calm international concerns. On Tuesday, during a courtesy call with Cambodia’s Deputy Prime Minister Prak Sokhon, the new Australian Foreign Minister Penny Wong pressed the Cambodian official about the base.

Earlier, the new Australian Prime Minister Anthony Albanese said he was concerned about the implications of a Chinese naval base being built in Cambodia.

“We’ve been aware of Beijing’s activity at Ream for some time and we encourage Beijing to be transparent about its intent and to ensure its activities support regional security and stability,” Albanese was quoted by news agencies as saying.