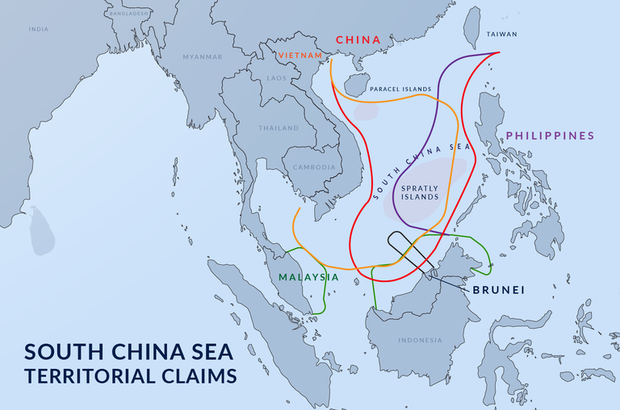 China and countries from the Association of Southeast Asian Nations (ASEAN) will conduct face-to-face consultations on a Code of Conduct (COC) in the disputed South China Sea later this month in Cambodia, the Chinese Foreign Ministry has said.

Spokesperson Zhao Lijian told reporters in Beijing that the consultations will be done in person “in the latter half of this month… despite the impact of COVID-19.”

For the last two years, most of the negotiations over the South China Sea, the thorniest issue between China and ASEAN, have been conducted online because of the pandemic.

China and ASEAN agreed on a Declaration of Conduct of Parties (DOC) in the South China Sea in 2003, but progress on a COC has been slow going amid an increasing risk of conflict.

China’s diplomats are believed to be making fresh efforts to speed up COC negotiations with ASEAN, especially as China’s close ally Cambodia is holding the bloc’s chairmanship this year.

“Establishing a COC is clearly stipulated in the DOC, and represents the common aspiration and need of China and ASEAN countries,” said spokesman Zhao.

He said that China “is fully confident in reaching a COC,” which would provide a “more solid guarantee of rules for lasting tranquility of the South China Sea.”

Yet analysts say there are still major stumbling blocks to be addressed, such as China’s self-proclaimed historical rights over 90 percent of the South China Sea and the long-standing division within ASEAN over maritime disputes.

China and five other parties including four ASEAN member states –Brunei, Malaysia, the Philippines and Vietnam – hold competing claims in the South China Sea but the Chinese claims are the most expansive and a 2016 international arbitration tribunal ruled that they had no legal basis.

“If the idea is to produce a comprehensive COC that addresses all of the different concerns of the claimant countries, I do not think it is achievable,” Jay Batongbacal, director of the Institute for Maritime Affairs and Law of the Sea at the University of the Philippines, told RFA in an earlier interview.

The South China Sea was high on the agenda at last week’s Special Summit between ASEAN countries and the United States.

The Joint Vision Statement issued at the end of the summit said that parties “recognize the benefits of having the South China Sea as a sea of peace, stability, and prosperity.”

“We emphasize the importance of practical measures that could reduce tensions and the risk of accidents, misunderstandings, and miscalculation,” the statement said.

Without mentioning China, the signatories of the joint vision statement “emphasized the need to maintain and promote an environment conducive to the COC negotiations” and said they welcomed further progress “towards the early conclusion of an effective and substantive COC.”

Some analysts, however, think that the U.S. involvement may not be beneficial to the COC negotiation process.

“The U.S. has its own agendas that might exacerbate rather than facilitate the South China Sea negotiation,” he said.

Cambodia is not a claimant in the South China Sea. From Phnom Penh’s standpoint, the U.S. will likely “continue to pressure Cambodia on the potential Chinese military base in the kingdom,” added Heng

“This will serve as a barrier for any meaningful negotiations between the U.S. and Cambodia on national and regional issues,” Heng said.