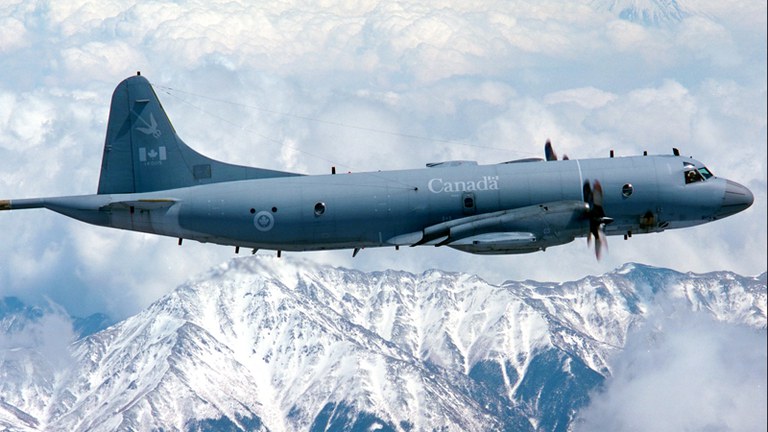 A Chinese fighter jet dangerously intercepted an Australian reconnaissance aircraft over the South China Sea last month, Australia’s Department of Defence (DOD) said, but China’s state media stated it was “Western countries” who were in the wrong.

A DOD statement said on May 26 a Royal Australian Air Force (RAAF) P-8A Poseidon “was intercepted by a Chinese J-16 fighter aircraft during a routine maritime surveillance activity in international airspace in the South China Sea region.”

“The intercept resulted in a dangerous manoeuvre which posed a safety threat to the P-8 aircraft and its crew,” the DOD said, adding that the Australian Government had raised its concerns about the incident with the Chinese Government.

The Global Times, a mouthpiece of the Chinese Communist Party, said reports on the Chinese intercepts “are not consistent with the truth.”

On Monday China’s defense ministry said the PLA has taken reasonable measures to counter provocations by Canadian military jets that have been carrying out increased reconnaissance in the region. Spokesman Wu Qian described China’s response as ‘reasonable,’ adding that Beijing has made ‘solemn representations’ through diplomatic channels, according to Reuters.

The Australian DOD’s statement said that it has “for decades undertaken maritime surveillance activities in the region and does so in accordance with international law.”

Defence Minister Richard Marles told Australian media that the J-16 jet flew very close to the RAAF P-8A maritime surveillance aircraft, released flares and then “accelerated and cut across the nose of the P-8, settling in front of the P-8 at very close distance.”

“It then released a bundle of chaff, which contains small pieces of aluminium, some of which were ingested into the engine of the P-8 aircraft,” Marles told Australia’s Channel 9.

“This maneuvre is dangerous and designed to provoke,” said Alexander Neill, a defense and security consultant based in Singapore.

“Dispensing chaff is extremely dangerous,” Neill added, as the pieces could cause serious damage when entering the engine of the P-8.

The Chinese interpretation of the event was very different.

The Global Times quoted Zhang Xuefeng, a Chinese military expert, as saying that “it is possible that the Australian P-8 used its jamming pod to lase the Chinese aircraft, triggering the latter’s self-defense system which is programed to automatically release the flares and chaff.”

Earlier this year Australia accused a Chinese warship of pointing a military-grade laser at an Australian P-8A Poseidon in the Arafura Sea, north of Australia, posing great danger to the pilots’ safety.

The RAAF has a fleet of 14 modern Boeing-manufactured P-8As that it uses for maritime surveillance.

Canberra raised concerns with Beijing over the Feb. 17 incident but the People’s Liberation Army (PLA) did not issue an apology, arguing that the vessel was fully complying with international law and Australia was “maliciously spreading disinformation” against China.

In 2019 a similar incident happened in the South China Sea when Australian helicopter pilots, operating from the naval vessel HMAS Canberra, were forced to land as a precaution after a Chinese warship targeted it with a laser.

“This maneuvre in May is similar to the one which downed a U.S. Navy P-3 back in 2001,” said Alexander Neill.

In April 2001 a Chinese F-8 fighter jet collided with a U.S. Navy EP-3 Aries II surveillance plane over the South China Sea, killing the Chinese pilot. The U.S. aircraft had to make an emergency landing on China’s Hainan island.

“It seems the PLA  returned to using such dangerous techniques but dispensing chaff is even more serious,” the analyst said.

Such events have become more regular as China ramps-up its campaign to back up territorial claims in the region.

At the same time the U.S. and its allies have also intensified activities in accordance with the ‘Free and Open Indo-Pacific’ initiative.

In September last year Australia, the United Kingdom and the United States formed the AUKUS security alliance, which is generally seen as an effort to counter China’s growing assertiveness in the Indo-Pacific.

Canberra was alarmed when China signed a security pact with the Solomon Islands in April and sought to reach a multi-sector deal with some other Pacific island nations.

“I would say this latest incident is part of a new coercive strategy to put pressure on Australia following the creation of AUKUS and also in response to pressures by Australia in the South Pacific,” Neill told RFA.

Australia, Canada, New Zealand, the U.K. and the U.S. are already members of the long-standing intelligence alliance known as Five Eyes.

China has been accusing the U.S. and partners of conducting “provocative reconnaissance” on China.