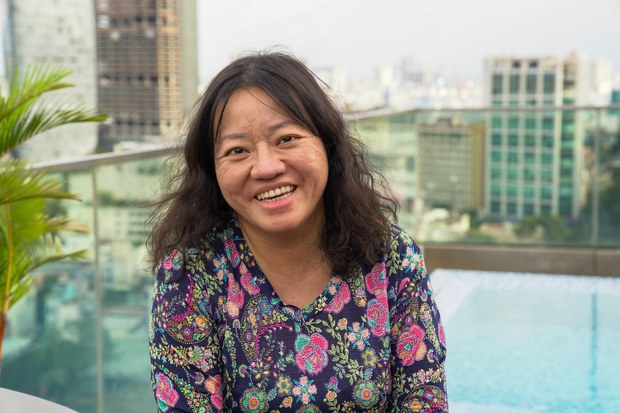 A Vietnamese journalist is in failing health after serving two years of a prison sentence for criticizing the country’s one-party communist government, RFA has learned. Prison authorities have rejected requests he be allowed to seek medical treatment outside his jail.

Le Huu Minh Tuan, a member of the Vietnam Independent Journalists’ Association, was arrested on June 12, 2020, on a charge of “conducting propaganda against the state,” and is now serving an 11-year term at the Bo La Detention Center in southern Vietnam’s Binh Duong province.

Tuan had been held first at another detention center in Ho Chi Minh City’s Binh Thanh district, where harsh conditions behind bars caused his health to deteriorate, his sister Na told RFA after speaking with Tuan on May 26 in the first family visit allowed to him since his arrest.

“My brother is in very bad health. I couldn’t recognize him,” Na said, describing Tuan as emaciated and hard of hearing. “He has scabies, and he’s also malnourished as the food and living conditions where he’s being held are so tough.”

Detention center officials have refused Tuan’s request to get medical care at an outside facility, though family members are allowed to send medicine to him inside the jail, Na said.

Tuan had been kept in his cell all day while serving the first two years of his sentence at the Phan Dan Luu Detention Center in Binh Thanh, but now is allowed outside for 15 to 30 minutes each day at his new jail in Binh Duong, Na said.

“However, the food there is horrible and has no nutrition at all,” she said. “They feed him only rice and a poor quality of soup without salt or other spices, and the rice itself is only half-cooked and mixed with sand.”

The number of family visits allowed to prisoners at the Bo La Detention Center is restricted, and relatives can bring in only limited amounts of food, Na said. “For example, when Tuan ran out of milk and wanted to have some fruit, I went to the prison cafeteria to register to buy some for him, but was told I couldn’t do it,” she said.

Tuan’s family had heard no news of him for the first two years following his arrest, not knowing whether he was alive or dead. They were finally told that he had been sent to the Bo La facility in Binh Duong on April 14, Na said.

“Now we feel relieved, because we know we can visit him occasionally from now on.”

Another jailed Vietnamese writer, Pham Doan Trang, this week was awarded the 2022 Martin Ennals Award for Human Rights Defenders, with her mother, Bui Thi Thien Can, accepting the honor in Geneva, Switzerland, on her behalf.

Speaking at the presentation ceremony, Can said she was proud of her daughter, who is now serving a nine-year sentence in Vietnam for “spreading propaganda against the state.”

“[Trang] has been determined and persevering in pursuing a path that she fully understands is a dangerous and arduous journey,” Can said. “She has dedicated herself and fought tirelessly for democracy and human rights in Vietnam and for the freedom and happiness of the Vietnamese people.”

Accompanying Can to Geneva were Tran Quynh Vi — codirector of the California-based NGO Legal Initiatives for Vietnam and owner of Luat Khoa (Law) Magazine — and democracy activist Will Nguyen.

“The good news is that in spite of Ms. Trang’s arrest, our newspapers are still published regularly and we have more and more contributors,” she said. “And the more they prohibit us, the more we want to work in the area.”

Also speaking in Geneva, activist Will Nguyen called on citizens of Switzerland and other developed countries to alert their lawmakers and diplomats to Vietnam’s ongoing abuses of human rights.

“I think we have a lot of leverage,” said Nguyen, a Vietnamese-American who was arrested for taking part in public protests in Vietnam in 2018 and then deported from the country by a Ho Chi Minh City court.

“The more we look into this issue, the more likely it is that the Vietnamese government will treat its citizens with more respect,” he said.

A prominent human rights activist and blogger, Trang was arrested on Oct. 6, 2020, and sentenced to nine years in prison on Dec. 14, 2021, on a charge of disseminating anti-state propaganda.

The indictment against Trang also accused her of speaking with two foreign media outlets — Radio Free Asia and the British Broadcasting Corporation — “to allegedly defame the government of Vietnam and fabricate news,” according to a letter sent by 25 human rights groups calling for her release ahead of her trial.

In addition to the Martin Ennals Award, Trang has also received the 2017 Homo Homini Award presented by the Czech human rights organization People in Need, and the Press Freedom Prize in 2019 from Paris-based media watchdog Reporters Without Borders.