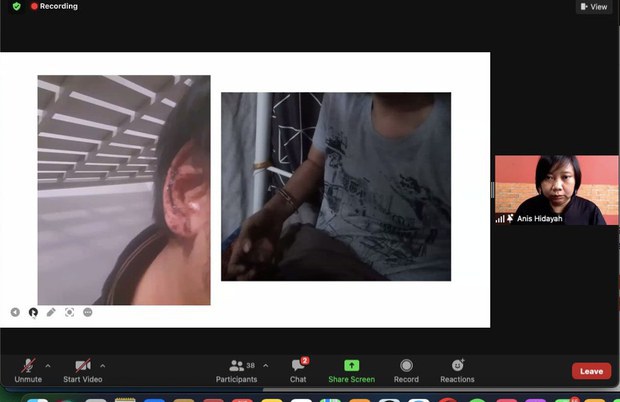 Vitit Muntarbhorn, the U.N.’s special rapporteur on the human rights situation in Cambodia, credited Prime Minister Hun Sen’s government for having ratified several human rights treaties in a statement at the end of his 11-day trip, but slammed what he said were moves by Phnom Penh to create a political atmosphere of de facto one-party rule in the Southeast Asian nation.

“Cambodia is faced with a pervasive paradox. Since 2017, when the main opposition party was disbanded unjustly by judicial order, the country has effectively been under single-party rule, with all seats of the National Assembly in the hands of that monopoly,” Muntarbhorn said, referring to the Supreme Court’s decision in that year to dissolve the main opposition Cambodia National Rescue Party (CNRP).

Muntarbhorn visited with key government officials and met striking workers, residents displaced by development, and opposition party members who face legal trouble or have been harassed by supporters of the ruling party, the Cambodian People’s Party (CPP). He also discussed human trafficking with local leaders in Sihanoukville, a coastal city that has become a gambling haven backed by Chinese investors.

“I am pleased to have met with and learned from all those who generously shared their time, thoughts and experiences with me with characteristic Cambodian warmth. This is a country with a bright future, but it faces a number of severe human rights challenges in the lead up to next year’s general election,” he said.

Muntarbhorn called on the Cambodian government to adopt his plan “expeditiously and effectively.”

It calls for opening up “civic and political space, by suspending and reforming draconian laws, ensuring election-related personnel are separated from political parties and ending prosecution of political opposition and human rights defenders,” a U.N. news release states.

The rapporteur also recommended “releasing all those currently in prison and dropping charges against those who are seen as adversaries by the authorities and improving the quality of law enforcers by proper selection and incentivisation and distance from political authority.”

Kata Orn,  spokesman for the government-aligned Cambodian Human Rights Committee (CHRC), noted in an interview with RFA’s Khmer Service that the special rapporteur did not specifically condemn the Cambodian government.

“He was concerned, but he didn’t accuse the government of violating human rights,” Kata Orn said.

“The government welcomes any recommendations not from the special rapporteurs but from others to review those recommendations to see if they are politically motivated or untrue recommendations. We will accept constructive feedback to improve the government’s loopholes to make sure we are implementing the law and human rights better,’ he said.

The special rapporteur’s recommendations on elections are welcomed, but are beyond the scope of the country’s official election monitoring body, Hang Puthea, a spokesman for the National Election Committee (NEC), told RFA.

“We will consider any good recommendations. We are working to improve our shortcomings for the sake of the country and people,’ he said.

After the dissolution of the CNRP in 2017, three members of the opposition quit their positions on the NEC, leaving the organization controlled by members of the ruling party, the Cambodian People’s Party.

The special rapporteur’s visit also focused on human trafficking, which Muntarbhorn said had “mutated” in the era of cybercrimes.

“It’s a different sort of human trafficking and human forced labor too sometimes, some of us say slavery even,” he said. “This situation is pervasive and it’s both local and cross frontier and is rendered more complicated by cyberspace, which is borderless.”

Muntarbhorn said Cambodia has become a destination country for human trafficking, and should cooperate with its neighbors to address the problem.

“So on that basis, prevention is better than cure, meaning that we need cooperation between this country and all the various countries, big and small, in the Asian region,” he said.