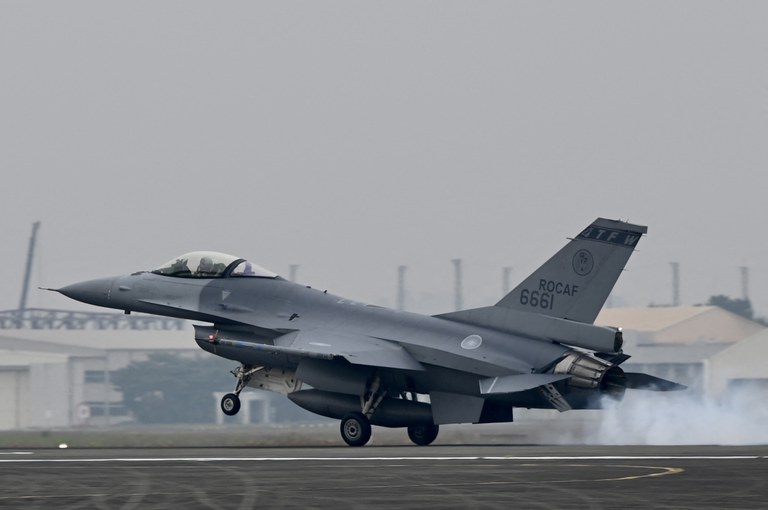 The U.S. Defense Secretary emphasized partnership as the main priority for the American security strategy in the Indo-Pacific during a keynote speech on Saturday. However, Lloyd Austin stressed that the U.S. does not seek to create “an Asian NATO.”

Austin spoke for half an hour at the First Plenary Session of the Shangri-La Dialogue 2022 security forum in Singapore.

While reiterating that the U.S. stays “deeply invested” and committed to a free and open Indo-Pacific, the defense secretary said: “We do not seek confrontation and conflict and we do not seek a new Cold War, an Asian NATO or a region split into hostile blocs.”

The United States and its allies in the Indo-Pacific have recently expressed concern over China’s increasingly assertive military posture in the region.

Beijing, on its part, has been complaining about what it sees as attempts by the U.S. and its partners to form a defense alliance in the region.

When leaders from the U.S., Japan, India and Australia met last month for a summit of the Quadrilateral Security Dialogue, or Quad, China cried foul. Foreign Minister Wang Yi said Washington was “keen to gang up with ‘small circles’ and change China’s neighborhood environment,” making Asia-Pacific countries serve as “pawns” of the U.S. hegemony.

“I think Secretary Austin made it very clear that there’s no appetite for an Asian NATO,” said Blake Herzinger, a Singapore-based defense analyst.

“The U.S. values collective partnerships with shared visions and priorities, without the need to form a defense alliance,” he told RFA.

‘A region free from coercion and bullying’

The U.S will “continue to stand by our friends as they uphold their rights,” said Austin, adding that the commitment is “especially important as the People’s Republic of China adopts a more coercive and aggressive approach to its territorial claims.”

He spoke of the Chinese air force’s almost daily incursions into Taiwan’s Air Defense Identification Zone (ADIZ) and an “alarming” increase in the number of unsafe and unprofessional encounters between Chinese planes and vessels with those of other countries.

Most recently, U.S. ally Australia accused China of conducting a “dangerous intercept,” of one of its surveillance aircraft near the Paracel islands in the South China Sea.

Austin met with his Chinese counterpart Wei Fenghe on the sidelines of the Shangri-La Dialogue on Friday. During the meeting, which lasted nearly an hour, the two sides discussed how to better manage their relationship and prevent accidents from happening but did not reach any concrete resolution.

Austin used Saturday’s speech to remind Beijing that “big powers carry big responsibilities,” saying “we’ll do our part to manage these tensions responsibly — to prevent conflict, and to pursue peace and prosperity.”

The Indo-Pacific is the U.S. Department of Defense’s (DOD) “priority theater,” he noted, adding that his department’s fiscal year 2023 budget request calls for one of the largest investments in history to preserve the region’s security.

This includes U.S. $6.1 billion for the Pacific Deterrence Initiative to strengthen multilateral information-sharing and support training and experimentation with partners.

The budget also seeks to encourage innovation across all domains, including space and cyberspace, “to develop new capabilities that will allow us to deter aggression even more surely,” he said.

The U.S. military is expanding exercises and training programs with regional partners, the defense secretary said. Later in June, the Pentagon will host the 28th Rim of the Pacific (RIMPAC) naval exercise with forces from 26 countries, 38 ships and nearly 25,000 personnel.

“The key will be for Washington to match Austin’s rhetoric with requisite resolve and resources long after today’s Dialogue is over,” said Erickson.

“It is that follow-through that will determine much in what President Biden rightly calls the ‘Decisive Decade’,” he added.

The U.S. defense secretary spoke at length about his government’s policy towards Taiwan, saying “we’re determined to uphold the status quo that has served this region so well for so long.”

While remaining committed to the longstanding one-China policy, the U.S. categorically opposes “any unilateral changes to the status quo from either side.”

“We do not support Taiwan independence. And we stand firmly behind the principle that cross-strait differences must be resolved by peaceful means,” Austin said.

The U.S. continues assisting Taiwan in maintaining self-defense capability and this week approved the sale of U.S. $120 million in spare parts and technical assistance for the Taiwanese navy.