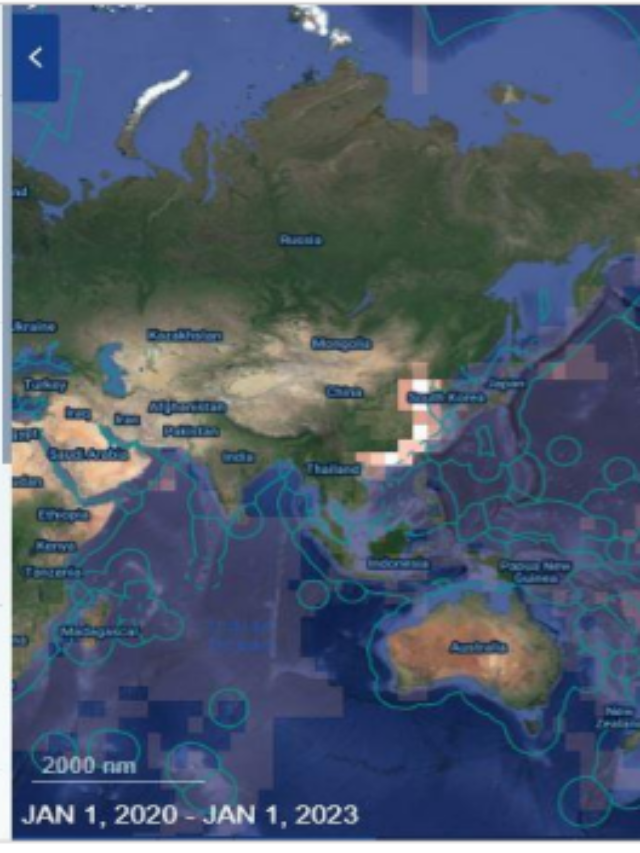 Chinese Distant Water Fishing Fleet (DWF) is deployed across every ocean. It is often found guilty of violating the domestic laws of the respective countries and the United Nations Convention on the Law of the Sea (UNCLOS). It also indulges in targeting endangered species, falsifying licenses & documentation, espionage & reconnaissance activities, seizing territories, generating a lot of sea waste, and violating EEZs of other nations. This is a comprehensive report on illegal Chinese fishing using the DWF.

China is the world’s largest producer of aquaculture and captures fisheries. According to the United Nations, China consumes around 36% of total global fish production and hauls in 15.2 million tonnes of marine life annually, a massive 20% of the world’s annual catch. According to the Food and Agriculture Organization (FAO), China ranked top of the top ten global capture producers in 2020 from Marine sources.

From 2019 to 2021, China fished in Exclusive Economic Zones (EEZs) of over 80 other countries for more than 3 million hours and spent nearly 10 million hours outside its own EEZ in the high-seas and the EEZs of other nations.

Having depleted fish stocks in domestic waters, including the South China Sea, the fleets of China are now traveling further afield to meet the rising demand for seafood. Beijing says its distant water fishing fleet numbers 2,500 ships, but multiple studies claim that it is more than 18,000 boats in the world’s oceans.

China has been ranked number one on various parameters of illegal, unreported, and unregulated fishing (IUU) rankings. Over 60% of its vessels are involved in IUU fishing worldwide, according to the IUU rankings report 2021.

Captains of Chinese DWF ships disable their transponders while engaging in illicit fishing to avoid being watched in sensitive areas. It has been observed that the automatic identification systems (AIS) aboard these ships suffer transmission pauses of at least eight hours near the EEZ of other countries.

This map depicts the fishing routes followed by some of the prominent fishing vessels of China in the world’s oceans. It can be seen that fishing is not restricted to the Chinese EEZ, but has proliferated to the EEZ of several countries in the Indian Ocean Region, Africa, South America, Russia, and Oceania. We have marked the EEZs of other countries in the above map to highlight the gross violations of the EEZs of other countries by the Chinese vessels.

Read about the Trawlers and Longliners in the complete report.

Chinese Activities in various parts of the world

The activities of the Chinese DWF are covered elaborately in the complete report. The gist of their actions in various world regions is given below.

5. Damage to the Environment

Australia, New Zealand, and Hawaii (under the USA) are the most developed countries in the region, and the presence of Chinese Trawlers in South Australia, Chinese Squid jiggers in New Zealand, and Long liners in Hawaii are a serious threat to their sovereignty.

Read about the impact of Chinese DWF on Oceania in our comprehensive report.