Stockholm International Peace Research Institute (SIPRI) ranked China as the world’s 4th biggest arms exporter (after the USA, Russia, and France) in 2019-2020. From 2010 to 2020, China exported nearly 16.6 billion Total Insurable Value (TIV) worth of conventional weapons, averaging 1.5 billion TIV per year. But in 2020, China’s exports dropped to just 759 million TIV – the lowest level since 2008. SIPRI says that arms sales from China during 2016-2020 were 7.8% lower than the previous five-year span. In market share terms, China’s arms exports shrank from 5.6% to 5.2%.

About 60% of China’s exports went to Algeria, Bangladesh, and Pakistan from 2016-2020. The analysts say poor countries and those at odds politically with the United States typically buy from China. Most of the Chinese weapons importers are from Africa, the Middle East, Southern Asia, and Latin America.

Chinese arms are often cheaper than comparable products from other exporters, but after-sale service support is costly. The underdeveloped and developing countries suffer due to this cheap defective equipment and often resell them and suffer huge losses.

A RAND Corporation (US-based think tank) study in 2021 pointed to a lacuna in Chinese defense contracts, stating there is a lack of transparency and accountability. According to the experts, a lot of countries have little or no faith in Chinese companies because of poor after-sales support and equipment that rapidly declines into non-functional machinery.

2009-13 Pakistani Navy bought 4 Chinese F-22P(Zulfiqar class) frigates. Soon after commissioning they were shocked to find a large number of equipment, weapons & sensors not working or working at a lower capacity.

In January 2021, China gave Pakistan Wing Loong-2 (Unmanned Combat Aerial Vehicles).  Pakistan had deployed in Balochistan and India-Pakistan border.  Within 6 months, reportedly the Chinese drone Wing Loong-2 malfunctioned. When Pakistani forces launched these drones during an operational mission, 3 Wing Loong-2 was damaged in the middle of the mission after losing control. 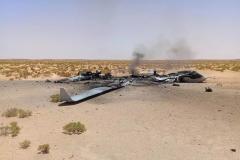 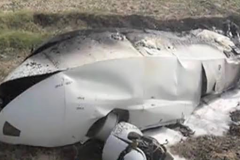 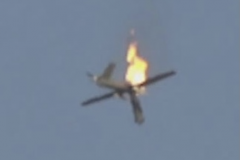 Pakistan sent all of these drones back to China for repair, but China has yet to fix them and return them to Pakistan. Pakistan’s technical investigation confirmed that this drone is made of low-quality material and not the same as what was promised by China.

Following are some of the faulty equipment sent to Pakistan:

Kathmandu received six China-made Y12e and MA60 aircrafts for its airlines. They are now lying idle. Interestingly, they were rejected by Bangladesh in the first place.

Myanmar’s senior leadership is unhappy over the quality of Chinese equipment supplied to them but is helpless due to a lack of sources. However, they have started diversifying their imports, looking towards India.

“Tayokeset tayet-soke” (“Chinese machine; broken in a day”) is a well-known and frequently used phrase in Myanmar.

A CH-4B UAV crashed near the Bir Rogaa airbase, located in the Wilaya of Oum el-Bouaghi, East Algeria.

Over 30 armored personnel carriers that Kenya bought from China in 2016 to protect personnel from improvised explosive device (IED) attacks and landmines are evidently useless against rocket-propelled grenades (RPG).

Experiences in other countries

June 18, 2022, a China–Pakistan-made K-8W combat training aircraft of the Venezuelan Air Force crashed in the state of Zulia, Both pilots ejected.

In total, Venezuela purchased 27 K-8W aircraft from China With this incident, a total of 3 aircraft was lost.

Many countries suffered financial losses and lost many valiant officers each year. The reasons were the defective Chinese equipment, expensive/no after-sale assistance, and poor contract evaluations with a lack of clarity…

Hwa-Young compiled and curated this report