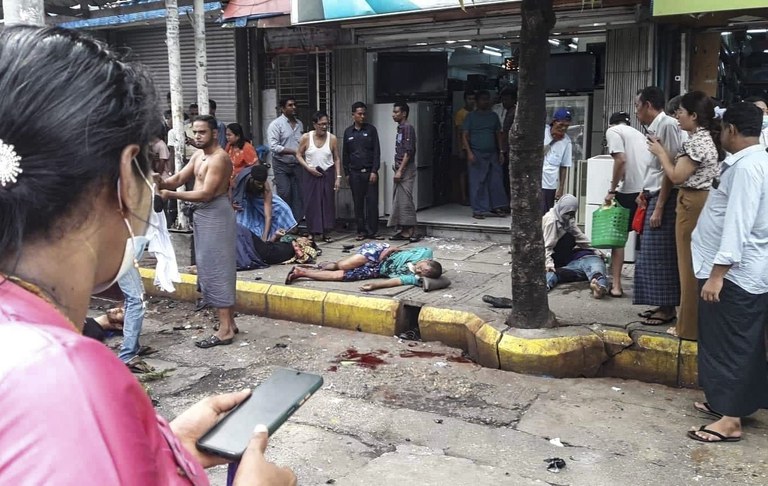 An explosion in downtown Yangon wounded about 10 people on Tuesday, a local charity worker at the scene said.

The blast, believed to be a bombing, happened at around 3 p.m. local time (4:30 a.m. EDT) at a bus stop near Bar Street and Anawrahta Road in Kyauktada Township, said the worker, speaking to RFA Burmese on condition of anonymity for safety reasons.

“It was a mess. I just brought an injured patient and came out. But I did not know the exact (number) of victims and about 10 people have been brought (for medical treatment),” he said, adding that two of injured were in a serious condition. All the injured were men.

There was no immediate comment from authorities about the cause of the explosion, but since the military seized power from an elected civilian government 16 months ago, violence has spiralled including bombings in urban centers. Yangon is the commercial center of Myanmar.

RFA has sought comment from the ruling military council.

There was no immediate claim of responsibility for an attack.

Also Tuesday, a bomb blast at around 2 p.m. (3:30 p.m. EDT) near a state education office in Naung Cho Township, northern Shan State, killed at least one person and wounded seven. Locals said that the fatality was a teacher from Macchi Nu village in that township and the injured were education staff and teachers.