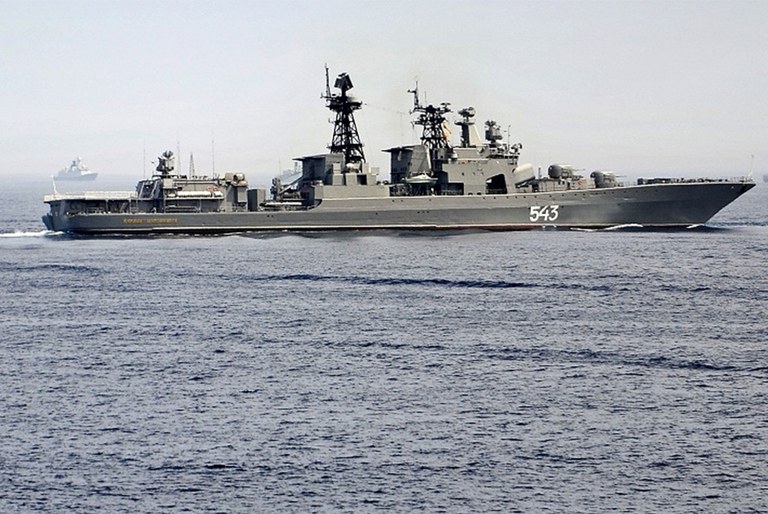 Sergey Lavrov is on a two-day visit to Russia’s closest ASEAN ally, Vietnam, before heading to the G20 foreign ministers’ meeting

The Russian foreign minister is in Hanoi on a quick visit to Moscow’s main Southeast Asian partner before attending a G20 meeting in Bali, during which Lavrov’s Canadian counterpart has warned she would not shake his hand.

Canada’s Foreign Affairs Minister Mélanie Joly told Canadian media she would instead “confront him with facts and expose Russia’s narrative for what it is: lies and disinformation” about the war in Ukraine.

Canada, alongside a number of Western countries, has imposed sanctions on Moscow for its invasion of Ukraine, now in its fifth month.

U.S. Secretary of State Antony Blinken is also expected to snub Lavrov in Bali, with the State Department saying “it cannot be business as usual with the Russian Federation.”

Vietnam on the other hand has repeatedly refused to condemn the Russian war and also objected to a U.S.-led effort to suspend Russia from the U.N. Human Rights Council.

Lavrov is the first Russian cabinet minister to visit Hanoi since President Vladimir Putin announced a “special military operation” against Ukraine in February. His visit is taking place as Hanoi and Moscow celebrate the 10th anniversary of the so-called “comprehensive strategic partnership” that Vietnam has forged with only three nations in the world.

Besides Russia, the two other comprehensive strategic partners are China and India.

‘The most important partner’

The Russian foreign minister and his Vietnamese host Bui Thanh Son held a meeting on Wednesday morning, during which Foreign Affairs Minister Son was quoted by Russian state media as saying that he’d like to “reassure you that Russia will always be our most important partner and the main priority in Vietnam’s policy.”

Son said he “deeply believed that with the high level of political trust and a long-term interest,” the Vietnam-Russia relationship would continue to develop.

Moscow is Hanoi’s traditional ally and its biggest arms supplier. Most Vietnamese weaponry used by the navy and air force was bought from Russia, leading to a future dependence on Russian maintenance and spare parts, despite efforts to diversify arms supplies.

A Russian presence in the South China Sea, where Beijing claims “historical rights” over almost 80 per cent, could also be seen as a counterweight for competing China-U.S. rivalry as well as keeping China’s aggression at bay, say analysts.

On June 25-28, three warships of the Russian Navy’s Pacific Fleet, led by the Udaloy-class anti-submarine destroyer Marshal Shaposhnikov, visited Cam Ranh in central Vietnam  where Russia operated a major naval base until 2002.

Lavrov was quoted as telling his Vietnamese counterpart on Wednesday that “in the context of current world affairs, once again we should unite and strive to maintain international laws, the principle of national sovereignty and non-interference in other countries’ internal affairs.”

The full agenda of the Russian minister’s visit has not been disclosed but some analysts, such as Artyom Lukin, Deputy Director for Research at the School of Regional and International Studies at Russia’s Far Eastern Federal University, said boosting economic cooperation at a time when Moscow has been isolated and sanctioned would be one of the main topics.

“The Kremlin should already be more or less satisfied with Hanoi’s position on the Ukraine crisis since Vietnam’s stance all along has been strictly neutral,” Lukin said.

“Rather than securing Vietnam’s political neutrality, which is already there, Moscow needs to ensure that Vietnam continues, and expands, economic links with Russia.”

Between a rock and a hard place

“What is important for Russia now is how to restructure economic ties, trade, cooperation in industry and technologies with the non-Western world,” said Fyodor Lukyanov, Chairman of the Presidium of the Russian Council for Foreign and Defense Policy.

“It is highly important for Russia to intensify all possible ties to find ways to avoid and bypass the economic warfare applied by the West,” said the Moscow-based analyst.

Artyom Lukin from the Far Eastern Federal University in Vladivostok pointed out that “amid Western sanctions, Asia and the Middle East are replacing Europe as Russia’s main geo-economic partners.”

“Vietnam is the only ASEAN country to have a Free Trade Agreement with Moscow and Vietnam’s economic significance for Russia will now grow substantially, both as a market in itself and as a gateway for Russia’s business interactions with Asia,” he added.

Despite COVID-19, bilateral trade between Vietnam and Russia reached U.S.$5.54 billion in 2021, a 14-percent increase from the previous year, according to official statistics.

Yet the Ukrainian crisis that severely disrupted the global supply chain of food, fertilizer and energy has put Hanoi in an uneasy position.

Vietnam has established some important strategic links with foreign powers including the U.S. and Japan, both strongly opposed to the Russian war in Ukraine and both are considered supportive of Hanoi’s interests in the South China Sea.

Being seen as too close to Moscow would give Hanoi a disadvantage unless it could act as a go-between to mediate Russia’s interactions with the West, said a Vietnamese expert who didn’t want to be named as they are not authorized to speak to foreign media.

Vietnam also has to be watchful for Russia-China joint maritime activities that may hurt its interests in the South China Sea.

On Monday Chinese and Russian warships were spotted just outside Japanese territorial waters around the disputed, Japan-administered Senkaku Islands in the East China Sea.

Chinese media responded that the Russian Navy’s recent military activities in the West Pacific are a warning to Japan amid Japanese sanctions on Russia over the Ukraine crisis.