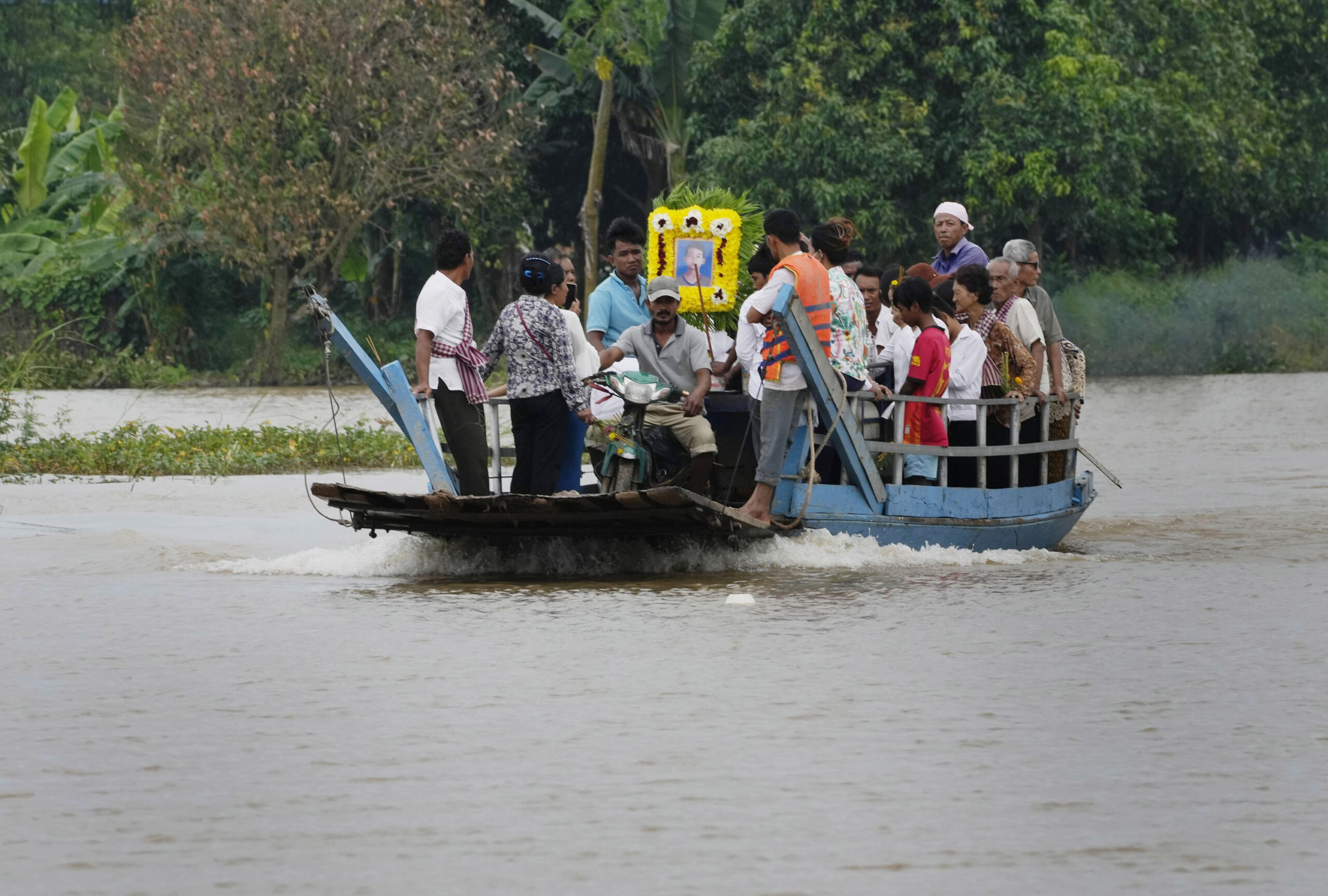 Ten students drowned and another remains missing after a boat ferrying them home from school sank Thursday in the Khouk River in Cambodia’s southern Kandal province, sources in the country told RFA.

The Kandal police confirmed Friday that authorities rescued four students from the Khouk, a tributary of the Mekong River, and are still searching for the missing student. They found the bodies of the other 10 students who drowned and estimated that they were all about 10 years old.

Kandal Provincial Police Commissioner Chhoeun Socheat told RFA’s Khmer Service that the boat was very small and that it sank at around 7 p.m. on October 13. According to preliminary conclusions, the boat likely sank due to overcrowding, he said.

Prime Minister Hun Sen expressed his condolences over the incident on Facebook, but stopped short of calling for an investigation.

“The relevant authorities must continue to search for the victims and help with the victims’ funerals and offer services needed,” he said.  “To those who live along the rivers, please be vigilant, especially during flooding.”

Cambodia is in the final weeks of its rainy season, which lasts from May to October.

Kandal Provincial Governor Kong Sophoan told RFA that as of Friday night, the missing victim has not yet been found. He blamed the boat operators for their carelessness and said the boat was very old.

“The boat operators lack experience, he said. “Authorities are investigating the incident.”

Though authorities must ensure a boat is in good condition in order for owners to legally operate it, he acknowledged that loopholes exist.

“Those were active children who really paid attention to their studies. They had to cross the river from their houses to study on the other side,” he said. “They were dedicated hard-working kids. I am deeply saddened.”

UNICEF wrote a message of condolence on Facebook that also called on the public to refrain from sharing pictures and video of the incident on social media because it could cause distress for friends and family.