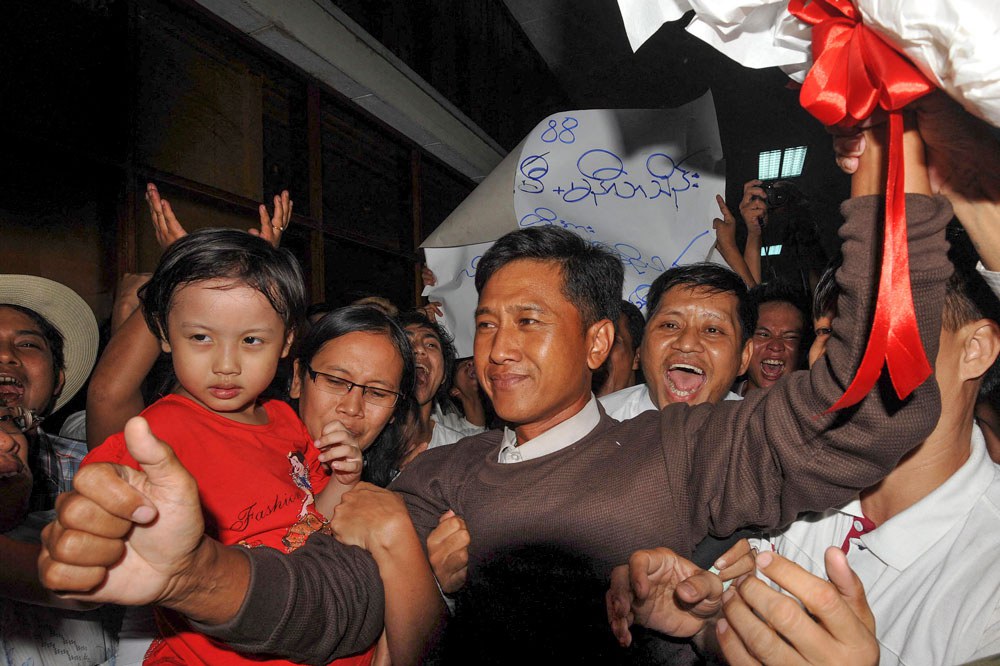 Myanmar’s junta has executed veteran democracy activist Ko Jimmy, state media reported. New Light of Myanmar announced the executions of Ko Jimmy, former National League for Democracy lawmaker Phyo Zeyar Thaw and two others without reporting the date and method of killings, although it is believed the men were all hanged.

The New Light of Myanmar said “the punishment has been carried out under the prison’s procedures,” without elaborating.

Former student leader Ko Jimmy, whose real name is Kyaw Min Yu, was convicted on terrorism charges for activities against the military regime that has ruled the country since a coup last year, according to state media.

The first judicial executions in Myanmar since 1988 came despite a direct appeal on June 11 by Cambodian Prime Minister Hun Sen to junta leader Sen. Gen. Min Aung Hlaing. Hun Sen acted in his role as chair of the Association of Southeast Asian Nations (ASEAN), of which Myanmar is a member.

Koh Jimmy was a prominent leader of the pro-democracy 88 Generations Students Group who fought military rule three decades ago.

The 53-year-old activist was arrested in October after spending eight months in hiding and was convicted by a military tribunal in January under the Counter-Terrorism Law.

He was accused of contacting the Committee Representing Pyidaungsu Hluttaw, National Unity Government (NUG), and People’s Defense Force (PDF), an opposition coalition and militia network formed by politicians ousted in the Feb. 1 coup that the junta has declared terrorist organizations.

In September, the NUG declared a nationwide state of emergency and called for open rebellion against junta rule, prompting an escalation of attacks on military targets by various allied pro-democracy militias and ethnic armed groups.

Ko Jimmy, an outspoken critic of the junta, was also accused of advising local militia groups in Yangon and ordering PDF groups to attack police, military targets, and government offices, and asking the NUG to buy a 3D printer to produce weapons for local PDFs.

On June 3, Ko Jimmy, former National League for Democracy lawmaker Phyo Zeyar Thaw, and two others lost appeals of their death sentences. The junta rejected the possibility of a pardon for the condemned men.

The four death sentences, as well 111 others that have been handed down by junta courts between the military’s Feb. 1, 2021, coup, and May 19 this year, have drawn criticism from legal experts and rights groups, who say the regime is threatening the public with unfair executions.

The United Nations, Washington, Ottawa, and Paris have issued statements strongly condemning the decisions in the cases now proceeding to execution.

Hun Sen on June 10 wrote a letter to Min Aung Hlaing, urging him to “reconsider the sentences and refrain from carrying out the death sentences.”

He said the executions “would trigger a very strong and widespread negative reaction from the international community” and hurt efforts to find a peaceful solution to the crisis in Myanmar.

In an interview with RFA Burmese last month, Ko Jimmy’s wife Nilar Thein called the planned executions “a blatant violation of human rights” for which the junta would be held accountable.

“Regardless of what they will do, I want them to know they will be accountable for their decisions. Their acts will not be forgotten,” said Nilar Thein.

Responding to Monday’s announcement, activist group Justice for Myanmar Tweeted: “The shocking executions of Phyo Zeya Thaw, Ko Jimmy, Hla Myo Aung and Aung Thura Zaw are #CrimesAgainstHumanity and #WarCrimes. All perpetrators from Min Aung Hlaing down must be held accountable for these brazen acts of cruelty. #EndImpunity.”