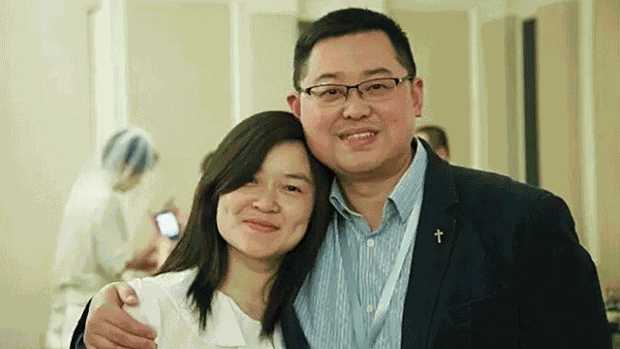 Authorities in the southwestern Chinese province of Sichuan have once more raided a gathering of Early Rain Covenant Church members in the the provincial capital, Chengdu, detaining one of them, RFA has learned.

Christian writer and translator Xing Hongwei was detained in Chengdu on Sunday after a teahouse gathering of church members was raided by around 30 uniformed officers and plainclothes state security police, church members said on Monday.

The group of more than 50 church members was accused of holding an “illegal gathering” at a teahouse in Chengdu’s Wuhou district, and Xing was detained for allegedly “assaulting a police officer,” and is being held in criminal detention, they said.

While the church’s premises were raided and forcible shut down during police raids in December 2018, the authorities have continued to target the church’s members, amid tightened restrictions on religious groups in recent years under ruling Chinese Communist Party (CCP) leader Xi Jinping.

A church member surnamed Wang who was at the teahouse said police surrounded the group and took their personal details including ID card numbers, one by one.

“About 50 brothers and sisters attended,” Wang said. “At around 10.30 a.m., about 22 or 23 uniformed police officers and about eight or nine plainclothes police surrounded us.”

“They surrounded us in two circles; one circle around our group, and another around the entire [teahouse] courtyard,” he said.

A second church member who declined to be named said the raid was led by the state security police chief for Wuhou district, who said the Chengdu police department was taking a “zero tolerance” approach to the gathering.

Officers said the church was an “illegal organization,” that had already been banned, the church member said.

“Brother Xing’s wife Zhao Qing and their daughter came yesterday, while he waited for them outside [due to ill-health],” the church member said. “The police went out to check his ID card too, and he asked them why he was being pulled into this as he wasn’t even at the meeting.”

Xing’s questioning of the police was met with a violent response.

“The police hit Xing Hongwei because he was unwilling to cooperate when asked for his personal details, and then there was a physical altercation,” a church member surnamed Li told RFA.

Xing was taken to a different police station from the local one, and hadn’t emerged by 11.00 p.m. on Sunday.

An employee who answered the phone at the Jitou police station in Wuhou district hung up the phone when contacted by RFA on Monday.

“Chengdu Early Rain Covenant Church was founded by Pastor Wang Yi, who gave a sermon from the pulpit calling on Xi Jinping to stop violating the Chinese constitution with the crackdown on religious freedom,” Fu said.

“This raid on the Early Rain Sunday meeting was yet another serious form of persecution,” he said.

Wang Yi was jailed on Dec. 30, 2019 by the Chengdu Intermediate People’s Court, which found him guilty of “incitement to subvert state power” and of “running an illegal business” in a secret trial.

Wang was detained by police in Sichuan’s provincial capital Chengdu on Dec. 14, 2018, alongside dozens of church members in a raid that prompted an international outcry.

Some Early Rain Covenant Church members who were detained in raids on Dec. 9 and 10, 2018, and later released said the police had beaten them, and one detainee described being tied to a chair and deprived of water and food for 24 hours, rights groups reported at the time.

The CCP under general secretary Xi regards Christianity as a dangerous foreign import, with party documents warning against the “infiltration of Western hostile forces” in the form of religion.

The party, which embraces atheism, exercises tight controls over any form of religious practice among its citizens.

China is home to an estimated 68 million Protestants, of whom 23 million worship in state-affiliated churches under the aegis of the Three-Self Patriotic Association, and some nine million Catholics, the majority of whom are in state-sponsored organizations.