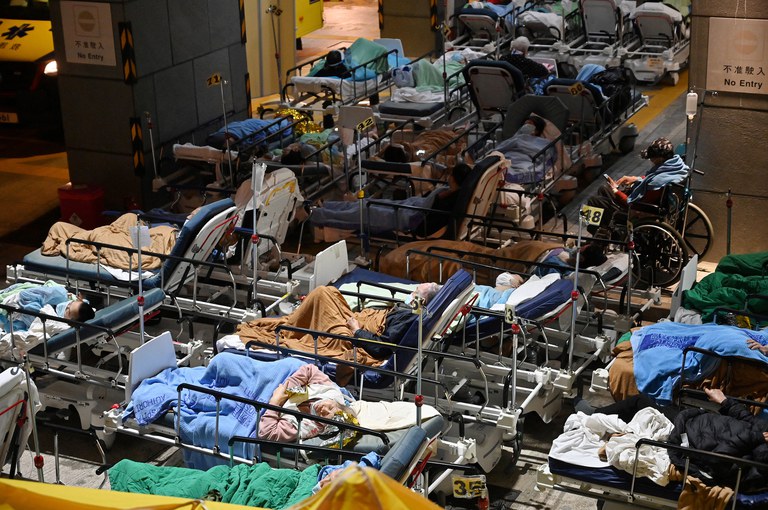 Hongkongers are continuing to leave the city in droves amid an ongoing crackdown on dissent under a draconian security law imposed by Beijing.

Recent figures from the city’s census and statistics department showed the city’s population has fallen for the third year running, with net departures of permanent residents totaling 113,000 during 2022 alone, and around 121,000 compared with the same time last year.

“This is pretty unprecedented,” Chinese University of Hong Kong business school researcher Simon Lee. “[Before this] we saw population growth for a long period.”

“Many of these people leaving are young and strong, and it’s too early to tell whether they will come back or not,” Lee said. “This is a blow to our economic recovery in the short term, because fewer people means less economic activity and less consumption.”

A social activist who gave only the nickname Peter said it is increasingly difficult for people in Hong Kong to get information about what is happening to those who leave.

“There is less news out there, no more Apple Daily, Stand or Citizen News,” Peter said. “In one sense, to a certain extent the government … wants to force people to leave, so they can’t stand together.”

Peter said he has started a letter-writing program to allow overseas Hongkongers to support people currently behind bars for their role in the 2019 protest movement or held as part of subsequent political crackdowns.

“Everyone has to live their own lives, because it’s hard to even think about the [protest movement] if you don’t do that,” he said. “But while we’re doing that, we can use some of our leftover energy to reconnect [with everyone else].”

“Whenever I have time to write a letter, I remind myself why I can’t go back to Hong Kong,” he said. “I can’t go home.”

Peter’s initiative has seen letters pour in from the U.K., Norway, Germany, Belgium and the Netherlands, among other countries, and the democratic island of Taiwan, which has offered immigration options to Hongkongers fleeing the crackdown.

The U.K.-based rights group Hong Kong Watch has also called on governments to step up sanctions on the city’s officials, many of whom own property overseas.

The group said it had identified property belonging to four Hong Kong officials in the U.K., Canada, and Australia.

“It beggars belief that Hong Kong officials who denounce Western countries so gleefully are destroying their fellow citizens’ basic freedoms and rights [and] continue to own property in the U.K., Australia, and Canada,” the group’s advocacy director Sam Goodman said.

The group called on the governments of the U.K., Canada, and Australia to join the U.S. in introducing Magnitsky-style sanctions targeting the assets of Hong Kong officials who are “complicit in gross human rights violations.”

Passenger volumes have plummeted, with 18 times fewer passengers arriving in Hong Kong via the airport this summer — just over two million per month in July and August 2022 — compared with pre-pandemic figures.

Lee said the recent easing of quarantine requirements for inbound passengers was unlikely to improve things.

“With regard to tourists, people won’t come unless they have to for business, because they have a lot of choices for leisure travel,” he said. “Why would they come to Hong Kong? They would only come if they like Hong Kong a lot.”

While the government recently eased restrictions in a bid to kickstart the city’s flagging economy, the number of flights arriving in the city is still far lower than those destined for Singapore, which lifted quarantine requirements for arrivals in April.

The Singapore Tourism Board estimates between four and six million visitors will arrive in the city this year for tourism purposes, with 543,000 inbound tourists in June compared with 418,000 in May, and the figures have been rising for five months in a row.

Lee said Hong Kong’s COVID-19 policy had hit its status as an international aviation hub, and the city would struggle to catch up with its main competitor.

“It is a short-term phenomenon, but other places returned to normal six months ago,” Lee said. He said the development would likely mean people get out of the habit of booking flights routed through the city.