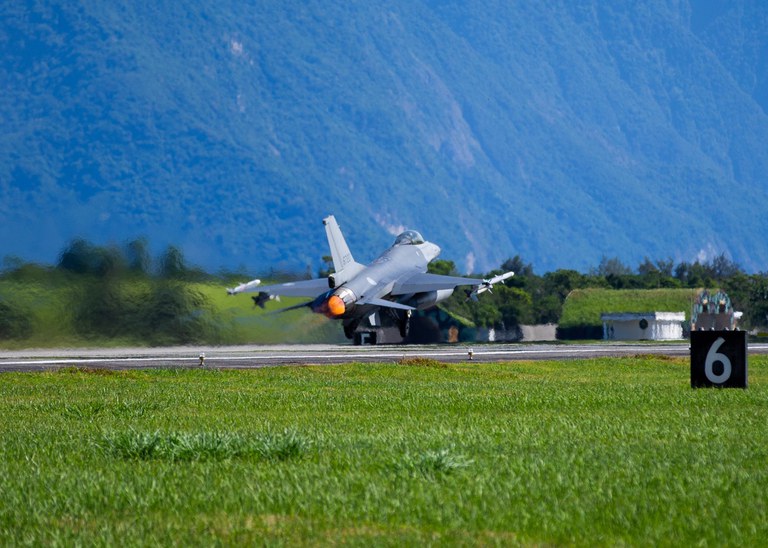 Chinese and Taiwanese ships continued an apparent standoff in the waters near Taiwan despite the Chinese military saying major drills around the island were over, open source investigators said, citing satellite imagery from Sentinel Hub.

As the People’s Liberation Army (PLA) wrapped up its week-long operation, held in response to U.S. House Speaker Nancy Pelosi’s visit to Taiwan, “at least two sets of ships in typical ‘shadowing’ positions [were] observed East of Taiwan” on Wednesday, H I Sutton, a well-known independent defense analyst wrote on Twitter.

On the same day, Beijing released a White Paper on Taiwan and China’s “reunification” policy, which Taiwan dismissed.

“Only Taiwan’s people can decide its future,” Ou added.

The PLA announced a major military exercise on Aug. 4 after Pelosi made a controversial stopover in Taipei.

Beijing repeatedly warned her against the visit, which it condemned as a “gross violation of China’s sovereignty and territorial integrity,” and threatened retaliation.

The military exercise was due to end on Aug. 7 but went on for two more days and only wrapped up on Wednesday. Yet the collected OSINT data indicate that China will probably continue to put pressure on the Taiwanese military in coming days.

Sr. Col. Shi Yi, spokesman of the PLA Eastern Theater Command, said on Wednesday that the Command’s troops will continue to “organize normalized combat-readiness security patrols in the Taiwan Strait.”

The PLA is starting to “normalize” its activities, including drills east of the median line, adding to the pressure it has already exerted on Taiwan, said Collin Koh, a Singapore-based regional military expert, in a recent interview with RFA.

On Wednesday, the Chinese government office responsible for Taiwan-related affairs released a White Paper titled “The Taiwan Question and China’s Reunification in the New Era,” to clarify Beijing’s policy towards the island that it considers a Chinese province.

This is the third White Paper on Taiwan, the previous ones were published in 1993 and 2000.

“Peaceful reunification and One Country, Two Systems are our basic principles for resolving the Taiwan question and the best approach to realizing national reunification,” the White Paper said, adding that “certain political forces have been misrepresenting and distorting its objectives.”

“Lack of details on ‘Two Systems’ compared with the 1993 and 2000 papers suggests an arrangement that might involve less political and legal autonomy for Taiwan,” Amanda Hsiao, China Senior Analyst at the Crisis Group think-tank, wrote on Twitter.

The White Paper also provided guidelines for the post-reunification governance over the island.

“We maintain that after peaceful reunification, Taiwan may continue its current social system and enjoy a high degree of autonomy in accordance with the law,” it said.

However, while both the 1993 and 2000 White Papers pledged that China would not send troops or administrative personnel to be stationed in Taiwan following unification, the 2022 version did not have that line, said Crisis Group’s Hsiao.

For the first time Taiwan’s ruling Democratic Progressive Party (DPP) was mentioned in the paper.

“The actions of the DPP authorities have resulted in tension in Cross-Straits relations, endangering peace and stability in the Taiwan Straits, and undermining the prospects and restricting the space for peaceful reunification,” it said.

“These are obstacles that must be removed in advancing the process of peaceful reunification,” it said, delivering a clear threat to President Tsai Ing-wen’s party.”

Recently, China’s ambassador to France provoked an outcry when he said during a TV interview that Taiwanese people will be re-educated after reunification with the mainland.

“We will re-educate. I’m sure that the Taiwanese population will again become favorable over the reunification and will become patriots again,” Ambassador Lu Shaye told BFM TV.

The Taiwanese authorities have “effectively indoctrinated and intoxicated” the population through de-Sinicization policies, Lu said in another interview.

“Re-education” is the indoctrination technique used by several authoritarian regimes against dissent. China has been criticized by foreign countries and human rights groups for its re-education programs for the Uyghurs in its northwestern Xinjiang province.