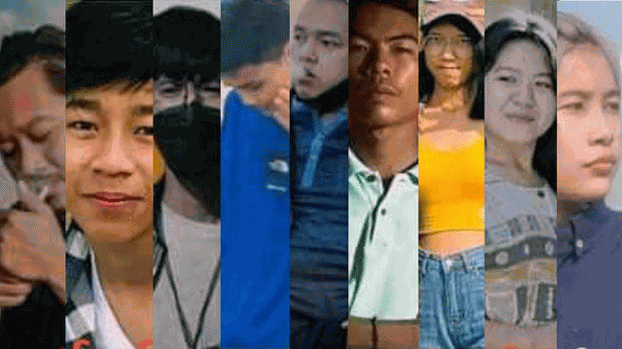 At least seven young Myanmar men and women from Tanintharyi region and Rakhine state have received long prison terms for donating money — U.S. $8 or less in a few cases — to opponents of the military junta that has ruled the country for 13 months, their lawyers and anti-junta activists told RFA.

Military authorities have frozen the bank accounts of civilians suspected of transferring money through mobile banks services and in some cases also have filed lawsuits against them, they said.

In Tanintharyi region, Saung Hnin Phyu, 19, from Dawei was sentenced to 10 years on March 29 for sending 13,500 kyats (U.S. $8) to a revolutionary group via a KBZ Bank mobile wallet service. Two other young women who are students at Dawei University were sentenced to seven years in prison on Feb. 16 for donating 5,000 kyats to the local People’s Defense Force (PDF) militia.

The junta is sending a message that people who donate even small amounts of money to the opposition will receive costly penalties, an official from the Dawei Network of Political Prisoners said.

“Their sentences are even longer than those handed down to anti-junta protesters,” the official said.

Demonstrators receive sentences of two to three years in jail. “But these people who just donated a small amount of money and committed or did nothing are getting seven years or more,” he said. “This is a deliberate plan to oppress us.”

Three young women from Thandwe township were sentenced to 10 years in prison on March 31 for donating money to opposition groups, and a young man from Mrauk-U township also received a 10-year sentence on Feb. 25, he said.

Civilians across Myanmar have been giving money to several groups that the military regime has said are illegal: the Committee Representing Pyidaungsu Hluttaw, which is the Burmese legislative body in exile; the shadow National Unity Government; Civil Disobedient Movement staff; and local PDFs. They also have made donations to help those displaced by the fighting between junta forces and PDFs in various regions.

“The junta is using all kinds of methods to cut off the supply chain of support,” said a young woman who is on the run. “Many accounts of charitable organizations were closed down and lawsuits opened.

The woman said she and others who transferred money to opposition forces using the online banking services KBZPay or Wave Money have had their accounts shut down and have been charged for violating the Counterterrorism Law for financing terrorism.

“If we get arrested, more charges will be added,” she said.

Opposition groups said the lines of financial support must be kept open so they are able to uproot the military dictatorship.

A human rights lawyer, who declined to be identified by name out of fear for his safety, said the junta is using the Counterterrorism Law to impose the harshest penalties possible against people who financially support the opposition.

Military regime leader Sr. Gen. Min Aung Hlaing said on March 29 that those convicted under the Counterterrorism Law would not receive leniency in sentencing.

The junta amended the 2014 law on Aug. 1, 2021, increasing the sentence for funding a terrorist organization to a maximum of life imprisonment.

Meanwhile, nine young anti-junta protesters arrested on Monday in Myanmar’s second-largest city Mandalay are now missing, activists told RFA on Wednesday. The detainees are in their 20s and are students and businesspeople.

Those arrested, including three women, are members of the Mandalay Strike Force from Amarapura and Patheingyi townships.

“Nine people were arrested, and we have lost contact with them,” said another member of the Mandalay Strike Force, adding that the military should be responsible for ensuring that they are not harmed in detention.

The nine were arrested after two safe houses were raided, said a source close to the military, who requested anonymity so as to speak freely.

Venerable Rajadhamma, a Buddhist monk with Myanmar’s Peace Sangha Union, said he was concerned for the safety of those arrested, who are all in their 20s.

“The junta said on March 27 that it would crackdown on all those who oppose it, whether they are laymen or monks,” he told RFA.

Kyaw Swa Win, who participated in a flash protest against the military regime on March 27 in Mandalay, was beaten and arrested by the military and is said to be in critical condition.

The State Administration Council, the formal name of the military regime that rules Myanmar, did not release a statement on the detainees. It also did not answer RFA’s calls for comment.

“Even though the junta is saying it is going to be democratic, it is questionable how it will be able to explain about the ongoing arrests, torture and killings of protesters,” said Mandalay resident Htet Myat Aung.

Since the military seized power in a Feb. 1, 2021 coup, security forces have killed at least 1,730 civilians and detained more than 13,100 political prisoners, mostly during peaceful anti-junta protests, according to the Assistance Association for Political Prisoners, a Thailand-based rights group.