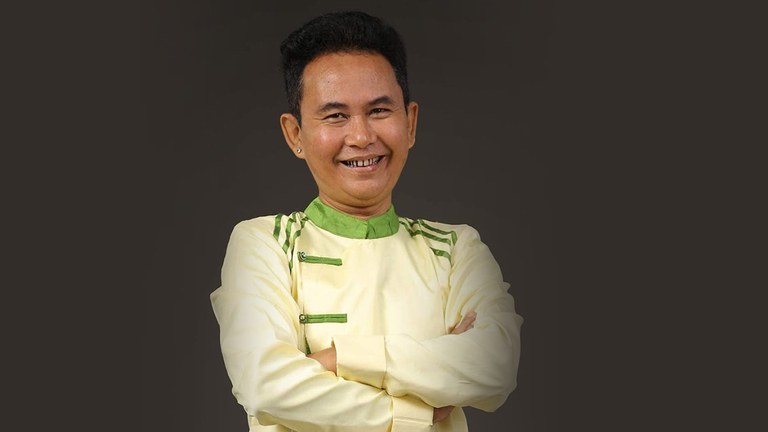 Authorities in Myanmar have arrested more than 200 people for incitement and terrorism since late January in connection with posts they made to social media in support of opposition groups the junta has labeled terrorist organizations, according to official statements.

On Jan. 25, the junta announced that anyone posting content in support of the shadow National Unity Government (NUG), Committee Representing the People’s Parliament (CRPP), or prodemocracy People’s Defense Force (PDF) paramilitaries — intentionally or not — would face lengthy prison terms as well as the loss of their homes and other property.

In a statement on Thursday, the junta said that it had arrested 229 users for violating the country’s Anti-Terrorism Law and a section of the Electronic Communications Law that prohibits distribution of anti-junta propaganda online since authorities began to monitor Facebook for such posts on Jan. 27.

Among those arrested was well-known comedian Kaung Kyaw, who was taken into custody on April 19 from his home in Yangon’s Thaketa township.

A source close to Kaung Kyaw, who spoke to RFA’s Myanmar Service on condition of anonymity, questioned why he was arrested.

Kay Jay, a close relative to residents of Sagaing region’s Shwebo township who were arrested in the crackdown, told RFA authorities had no right to target people for using social media.

“People were arrested for their online activities — writing or sharing posts and political news or using the NUG logo as their profile pictures. But, when they were taken to court after interrogations, some were also charged with anti-terrorism laws,” he said.

“These people were just writing and campaigning online. As a citizen, I strongly condemn such arrests.”

Others detained in the roundup include celebrities, politicians, businesspeople and doctors from Yangon, Mandalay, Naypyidaw, Lashio, Pakokku, Kawthaung and Hpa-an. Their ages range from 17 to 64. Of the 229 people mentioned by the military, some have been released, while others remain in detention.

When asked about the arrests, junta deputy information minister, Maj. Gen. Zaw Min Tun, told RFA they had been carried out “in accordance with the law.”

“The NUG, CRPH and PDF groups are committing acts of terrorism in Myanmar,” he said. “We have said previously that they are subject to punishment under the Anti-Terrorism Act. People who support them or help them financially are also in violation of the Terrorism Act.”

Stripped of rights and legal protection

An IT technician from Yangon, who declined to be named for security reasons, said conversations on social media sites are traceable and warned users against posting politically sensitive content.

“A digital footprint is always left on social media,” he said. “If an excerpt from a text you wrote on Facebook or Twitter is searched on Google, your digital footsteps can be tracked, and nothing can be done to prevent it.”

Aung Myo Min, the NUG’s human rights minister, said arrests over online content are in violation of the rights of freedom of expression and access to information.

“It is deplorable that one could be arrested and face long prison terms for writing his or her beliefs on social media. People cannot print newspapers, bulletins or journals like before, and so they rely on social media to write their ideas, and share news and information,” he said.

“Now, [authorities] are not just repressing the media, but also punishing those who write on social media, and this is a serious violation of fundamental rights.”

In addition to arresting social media users who post content in support of the opposition, the junta is also drafting a cybersecurity law that carries a maximum sentence of three years in prison for anyone using a VPN, or virtual private network, to cloak their IP address and access restricted websites.

A lawyer told RFA on condition of anonymity that the people of Myanmar have been stripped of their rights and legal protections.

“I see this as a very worrying situation in which the rights and freedoms that a citizen deserves are truly gone,” he said. “Citizens now have zero protection under the law.”

People who spoke to RFA said that despite the threat of arrest, netizens in Myanmar are still posting their ideas and sharing information on Facebook and Twitter.