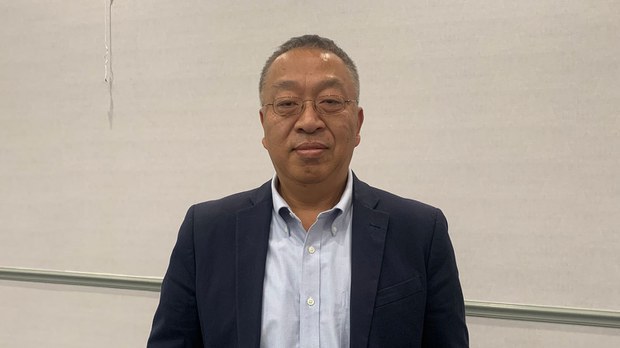 Historian Miles Yu, a former China adviser to the Trump administration, has called in a recent op-ed article for NATO to create a broader security alliance including the Indo-Pacific region, in a bid to stave off a Chinese invasion of democratic Taiwan.

“There is an emerging international alliance, forged in the face of today’s greatest global threat to freedom and democracy,” Yu, who served as senior China policy and planning advisor to then-Secretary of State Mike Pompeo, wrote in the Taipei Times on July 11, 2022.

“That threat comes from the China-led, Beijing-Moscow axis of tyranny and aggression,” the article said. “And the new alliance to counter that axis may be called the North-Atlantic-Indo-Pacific Treaty Organization — NAIPTO.”

Yu argued that NATO’s strength would be “augmented” by robust U.S. defense alliances covering Eurasia, as well as the Indian, Atlantic, and Pacific oceans.

“Such scale is necessary because NATO nations and major countries in the Indo-Pacific region face the same common threat. Common threats are the foundation for common defense,” Yu said.

In a later interview with RFA’s Mandarin Service, Yu said the idea would solve several problems.

“The first is to unify the U.S. global alliance system, which [is currently divided into] a European-style alliance that is multilateral, involving the joint defense of more than 30 countries,” Yu said.

“My proposal … is to unify the global alliance system of the United States and turn it into a multilateral collective defense treaty,” he said.

He said NATO members and countries in the Indo-Pacific are facing a common threat, particularly since the Russian invasion of Ukraine had brought Beijing and Moscow closer together.

“They are both in favor of making territorial claims against other countries based on civilization and language.”

He said “ancestral” and “historical” claims on territory run counter to the current state of the world and internation law, and were effectively illegal.

“The CCP and Russia have stood together and have recently acted together militarily,” Yu said, citing recent joint bomber cruises in the Sea of Japan, and joint warship exercises in the East China Sea.

“Militarily, these moves are very meaningful; they mean that neighboring countries all face a common threat,” he said.

He said European countries could perhaps be persuaded to contribute more funding for such an alliance, now that the EU appears to be following Washington’s lead in regarding China as its No. 1 strategic rival.

“The United States cannot continue to keep up military spending on NATO as it did in the past,” Yu said.

“This strategic shift shouldn’t require much persuasion for NATO’s European members, as they have a perception of the global threat from China that is more in line with that of the U.S. now.”

Asked if that shift in perception would extend to helping defend Taiwan, which has never been ruled by the Chinese Communist Party (CCP), and whose 23 million people have no wish to give up their sovereignty or democratic way of life, Yu said Ukraine may have changed thinking in Europe on Taiwan.

“The people of Taiwan and the people of the world have learned a lot from recent developments, especially from the war in Ukraine,” Yu said.

“What happened in Ukraine was something done by Russia, so, would the CCP do the same thing to Taiwan? Logically, philosophically, they would,” Yu said.

“The CCP supports Russian aggression against Ukraine … because it senses that Russia has set a precedent, for which the next step would be Taiwan,” he said. “So European countries are going to have a keener sense of the need to protect Taiwan.”

“If everyone unites to deal with the military threat from China and its economic coercive measures, the CCP won’t be so bold,” Yu said, citing China’s economic sanctions against Australia after the country started taking a more critical tone with Beijing.

“The CCP got angry and imposed large-scale economic sanctions on Australia, stopped buying its coal, and stopped buying its wine,” Yu said. “But if Australia were to join this alliance, it could take joint action to deal with China’s unreasonable measures.”

“The CCP would stand to lose a lot, because this would be collective action, and the likelihood of further outrageous actions would be greatly reduced,” he said.

He added: “Many countries in the world, especially those in the Asia-Pacific region, are dependent on China’s economy, but China is also dependent on these countries for energy and markets. This is a two-way street.”