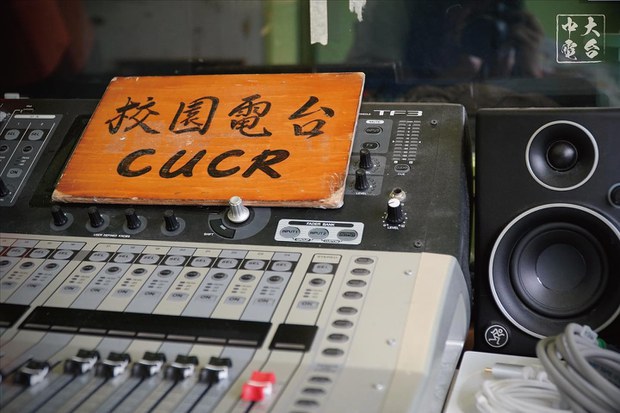 A Hong Kong university has evicted a student newspaper and radio station, after another cut ties with its student union, amid an ongoing crackdown on freedom of speech on university campuses in the city.

The student newspaper and radio station at the Chinese University of Hong Kong (CUHK), which cut ties with the student union last year after it played a key role in recent pro-democracy protests,

“CUHK Campus Radio moved out of Room 302 of the Benjamin Franklin Centre on April 20,” the radio station said in an announcement on its Facebook page on Thursday.

Students running the CUHK Student Press were also told to move out of the club room by university management on the same day, so repairs could be carried out. Asked if they could return after the work was completed, management declined to reply.

The newspaper had been running since 1969, and hosted a huge archive of former news and features produced by students, the more historically valuable of which were sifted out and removed by student journalists before they vacated the space, local media reported.

No mention was made of the eviction on the paper’s Facebook page, and no stories had been posted since April 20, when the paper reported on a compulsory vaccination program for students.

The evictions came after the Hong Kong Polytechnic University (PolyU) cut ties with its student union.

Both CUHK and PolyU were besieged by riot police during the 2019 protest movement, and saw days of pitched battles between protesters and riot police in November of that year.

Rights groups hit out at the Hong Kong police for ‘fanning the flames’ of violence, as desperate protesters were trapped for several days inside the PolyU campus, while hundreds more waged pitched battles with riot police on the streets of Kowloon.

The U.S.-based group Human Rights in China condemned police action in and around Poly U as “trapping students, journalists, and first aiders, and reportedly handcuffing the latter group.”

“[We] received an email from the Student Affairs Office on the evening of [April] 14 … [in which] the union was officially ordered to drop Hong Kong Polytechnic University from its name,” the Poly U student union said in a Facebook post.

“All organizations linked to the union are required to move out of the PolyU campus on or before July 15, 2022,” it said.

“The union has been trying to negotiate … with the university for years, but has been unable to reach a consensus,” the statement said. “The university will stop providing all venues and other support [previously] provided to the student union.”

The April 15 post called on students to pay attention to the move.

“A student union is not just a student organization, but also an expression of collective consciousness,” it said. “We hope PolyU students won’t give up their right to protect themselves.”

Meanwhile, the Law Society of Hong Kong served notice on a prominent human rights law firm, which will be forced to close in June after representing an 18-year-old woman who accused several police officers of gang-rape during the 2019 protest movement.

Vidler & Co. also represented Indonesian reporter Veby Mega Indah, who lost vision in one eye after being hit by a non-lethal projectile fired by police while covering the protests, although she later terminated her instruction of the firm.

Firm founder and senior partner Michael Vidler told RFA he wouldn’t be able to comment on the reasons for the Law Society’s order to cease practicing until June 3, owing to a legal injunction in force until that date.

Vidler has also worked with other high-profile Hong Kong dissidents including Joshua Wong, and in 2013 assisted a trans woman — in W V. Registrar of Marriages — to win the right for any transgender person in the city to marry as their affirmed gender.

In January, the Education University of Hong Kong became the latest of the city’s universities to cut its student union loose, amid an ongoing clampdown on public speech, under a draconian national security law imposed on the city by the ruling Chinese Communist Party (CCP).

The university said it hadn’t “authorized” the union.

Hong Kong student unions have provided various types of activities and benefits for students for decades, receiving funding and premises to do so, as well as participating in the formulation of policy by sending elected representatives to sit on university committees.

But since the national security law took effect on July 1, 2020, they have been increasingly criticized by officials and denounced in the CCP-backed media, often a harbinger of official reprisals.