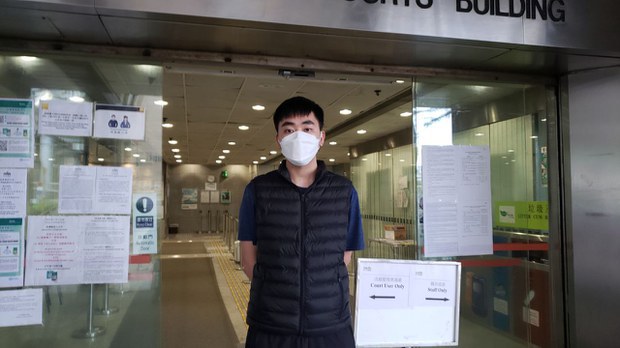 The Hong Kong government on Monday said only one valid candidate has been approved to run in a forthcoming “election” for the city’s top job, naming former police officer and security chief John Lee.

“The name of the one validly nominated candidate for the sixth-term Chief Executive Election was gazetted today (April 18),” the government said in a statement on Sunday.

The move comes after dozens of pro-democracy politicians and activists were arrested amid a citywide crackdown on public dissent and political opposition under a draconian national security law imposed on Hong Kong from July 1, 2020.

The ruling Chinese Communist Party (CCP) had also pushed through changes to Hong Kong’s electoral system that effectively ensure that only “patriots” backed by a slew of CCP-backed committees and the national security police could make the slate.

Now, even the appearance of choice appears to have been dispensed with.

The announcement came as a well-known figure from the 2019 protest movement calling for fully democratic elections was convicted of “organizing an illegal assembly” in a court in Eastern District.

The court found that Li had repeatedly shouted slogans and made hand gestures at the International Financial Center, signaling the “five demands, not one less” of the protest movement which included universal suffrage and no limits on candidacy, as well as greater police accountability and an amnesty for political prisoners.

The fact that others joined in, and that Li appeared to be looking to see the effects of his demonstration on others, meant he had organized an assembly, despite the fact that he had stuck to a requirement for 1.5 social distancing in place at the time.

The defense said Li is autistic and has a diagnosis of ADHD, and called for his young age and rehabilitation to be taken into account.

Li was a regular participant in the “lunch with you” gatherings during the 2019 campaign to prevent legal amendments allowing the extradition of alleged criminal suspects to face trial in mainland China, which later broadened to include calls for full democracy and official accountability.

His conviction came as the creator of a banned sculpture commemorating the 1989 Tiananmen massacre said he was unable to move his work out of Hong Kong, because at least 12 logistics companies had refused to take on the job.

Danish artist Jens Galschiøt said he has been working with the Danish foreign ministry in a bid to get the sculpture out of Hong Kong, but that no removal company would move it from its current location to a cargo terminal at Hong Kong’s airport.

Galschiøt said he has been turned down by at least 12 companies, who said they feared that moving the sculpture would put them in breach of the national security law.

He said there appears to be a greatly diminished trust in the city’s judicial system since the law took effect.

Galschiøt revealed plans for smaller replicas of the sculpture to be placed in universities around the world, to serve as a focus for commemorating the dead of Tiananmen Square.

He said the statue had been cut into two parts by University of Hong Kong management at the time of its removal on Dec. 23, 2021.

The statue was placed on the university campus by the now disbanded Hong Kong Alliance in Support of Democratic Patriotic Movements of China, which had it on loan from Galschiøt.

The 32-year-old Alliance now stands accused of acting as the agent of a foreign power, with leaders Chow Hang-tung, Albert Ho, and Lee Cheuk-yan arrested on suspicion of “incitement to subvert state power,” and the group’s assets frozen.

The group was one of a number of civil society groups that disbanded following investigation by national security police.

The annual Tiananmen massacre vigils the Alliance hosted on June 4 often attracted more than 100,000 people, but the gatherings have been banned since 2020, with the authorities citing coronavirus restrictions.

China’s Hong Kong and Macau Affairs Office had previously accused the organization of inciting hostility and hatred against the CCP and the central government.