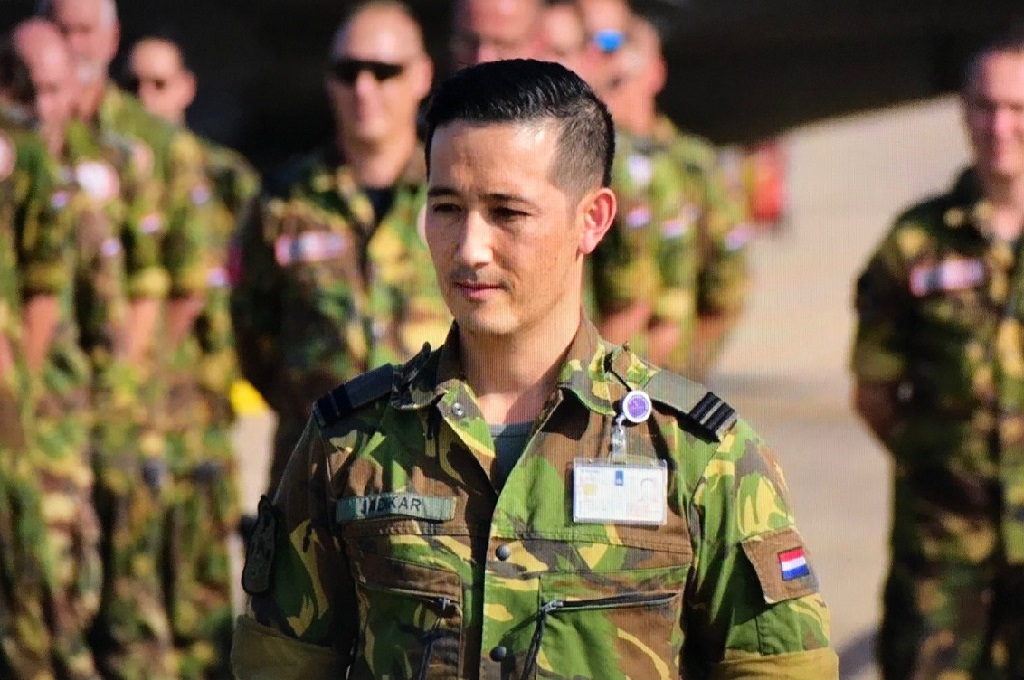 Chinese authorities have sentenced the mother and sister-in-law of an Uyghur member of the Dutch air force to 15 years in prison on charges of supporting terrorism and revealing state secrets. The cases are another example of Beijing severely punishing members of the ethnic minority for visiting or contacting relatives abroad.

Capt. Munirdin Jadikar, now a Dutch citizen, has been living in the Netherlands since 2006. His mother came to visit him in 2014 to attend his wedding, he told IJ-Reportika.

In 2016, the same year he joined the Royal Netherlands Air Force, he lost contact with his mother, Imanem Nesrulla, and his sister-in-law, Ayhan Memet, he said.

In 2018, while he was stationed in the United States of America, his sister-in-law was able to initiate contact with him for the first time in two years, using the WeChat messaging platform. She told him that Chinese authorities arrested his mother and sent her to a concentration camp, Munirdin said.

Then in 2019, he heard that his sister-in-law was arrested for telling him about his mother’s arrest.

Munirdin made several appeals to the Dutch government to find out more information about both cases, but it wasn’t until he returned to the Netherlands in 2020 that his inquiries made any headway.

The Dutch foreign ministry contacted the Chinese Embassy, and in July 2021 he received news that his mother and sister-in-law had both been sentenced to 15 years in prison.

“[Ayhan] had told me of my mother’s situation, hoping I would get my mother released since I was living in Europe and working in the military. Just for this information, the authorities sentenced her to 15 years in jail.”  Munirdin said.

According to the written response he received from the ministry, Imanem was charged with “supporting terrorist activities and inciting ethnicity [sic] hatred and discrimination,” and Ayhan for “illegally providing national intelligence to foreign forces.”

In China’s view, Munirdin said that he is considered to be part of an “enemy force.”

Munirdin said he was very disappointed that the Dutch foreign ministry could do nothing to help him after they were able to reveal his family members’ fates. “It seems this will hurt their big interests,” he said. “I wrote to my prime minister twice but did not receive any response.”

Munirdin said that both his mother and sister-in-law lived and worked in Qumul (in Chinese Hami), about 370 miles east of Urumqi in the Xinjiang Uyghur Autonomous Region.

Due to his professional responsibilities, Munirdin has refrained from any involvement with political activities, but he expressed that he can remain silent no more, and he is now doing as much as he can for his mother and sister-in-law.

“[Previously] I was not willing to speak to the media as a complainer and a victim because of my position,” he said. But now, “I have to do this for my mother and sister-in-law, who are in prison because of me.”