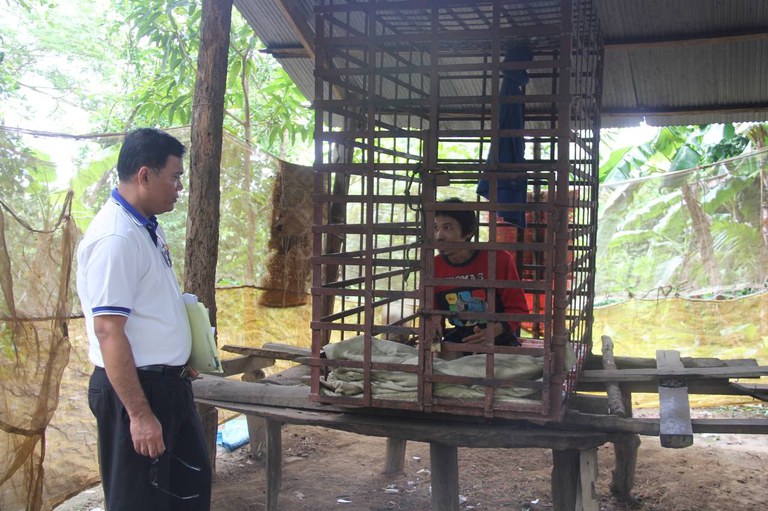 Cambodian psychiatrist Chhim Sotheara, one of four winners of this year’s prestigious Ramon Magsaysay Award, was surprised to learn he had won the award and didn’t know he had been nominated to receive it, he told RFA in an interview this week.

“At first, I didn’t believe it, because I hadn’t applied for it,” Sotheara said. “I thought at first it was an online scam,” he said.

“This is a valuable award. Only a few people in Asia have received it, and it is an honor for our country, as Cambodia will be recognized through the award,” Sotheara said. The award also acknowledges the efforts he and his NGO have made over the last two decades to help the people of Cambodia, he said.

“All our employees are so happy, and this will encourage us now to work even harder to deserve having received the award,” he added.

Established in 1958 and named after the Philippines’ seventh president who died in a plane crash a year earlier, the Ramon Magsaysay Award is considered Asia’s most prestigious prize. It honors people across the region who have done groundbreaking work in their fields.

Sotheara, 54, was among the first generation of psychiatrists to graduate in Cambodia after the 1975-79 period of Khmer Rouge rule that killed an estimated 1.7 million people and left many thousands of survivors deeply traumatized, many of them living in remote rural areas of the country.

Switching to clinical psychiatry after working for a time as a surgeon, Sotheara later quit his job at a state hospital after he was approached for help by a patient coming from a remote community and became aware of the needs going unmet in Cambodia’s countryside.

Sotheara’s NGO now delivers treatment directly to people’s homes and communities, he said. “When I help one patient, I also help his family and community, because when one person experiences mental issues, we need to treat the whole family.”

Many Cambodians experience mental health problems, and Sotheara’s TPO has not been able to respond to all their requests for help, he said. “But since we started, we’ve improved a lot.”

There were only 10 psychiatrists at Sotheara’s own graduation, he said.

“Now we have around 100 psychiatrists, but we can’t answer all the demands made of us because many of those experts like working in the city, and not many work out in the communities.”

Around 80% of Cambodia’s population live in rural areas, and service must be provided to those people, he added.

Also speaking to RFA, TPO employee Taing Sopheap said she has worked with Chhim Sotheara for the past 15 years and has seen him sacrifice himself both physically and financially to carry out his NGO’s work.

“If a case is urgent and important, he will work on it regardless of the cost in time to his team or to other cases,” she said.

Translated by Samean Yun for RFA Khmer. Written in English by Richard Finney.