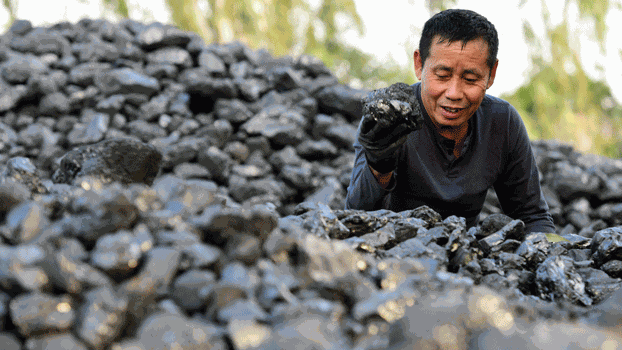 The arrest and sentencing of prominent environmentalist Nguy Thi Khanh and other rights defenders in Vietnam are in conflict with the country’s commitment to reducing its considerable carbon emissions to combat climate change, human rights and environmental groups said.

Nguy Thi Khanh, an ardent opponent of Vietnam’s reliance on coal power and winner of the Goldman Environmental Prize in 2018, was arrested in January for failing to pay a 10% tax on her U.S. $200,000 prize money, equivalent to about 4.65 billion Vietnamese dong. The executive director of the environmental NGO Green Innovation and Development Centre was sentenced on June 17 in Hanoi.

“Earlier this month, Nguy Thi Khanh was sentenced to prison on trumped up tax evasion charges, which have widely been condemned as an attempt to silence Vietnam’s most influential environmental activist,” OIC said in a statement issued Tuesday. “Her arrest is the latest in a string of efforts to repress activists in Vietnam.”

Khanh had been active in pointing out the negative effects of coal-fired plants and calling for clean energy use. Vietnam is the ninth-largest coal user in the world, but Prime Minister Pham Minh Chinh vowed that the country would stop building new coal-fired power plants and work to reduce greenhouse gas emissions to net-zero by 2050.

In October 2021, Khanh and representatives from other NGOs told Pham that Vietnam needed to revise a national power development plan for 2021-2030 to meet its goals, according to the Observatory for the Protection of Human Rights Defenders. Two years earlier, she joined a dozen NGOs in signing the “Hanoi Statement,” demanding that the government stop funding coal-fired power plants.

Khanh is the fourth environmental rights defender to be arrested this year on a tax evasion charges, the Observatory said in a statement issued on June 24.

Though nonprofit organizations are exempt from paying corporate taxes in Vietnam, the tax law pertaining to NGOs receiving funds from international donors are particularly vague and restrictive, according to the Observatory.

The organizations of the activists and the Vietnam Committee on Human Rights believe that the arrests were triggered by their promotion of civil society’s role in monitoring the European Union-Vietnam Free Trade Agreement that came into force in 2021, the Observatory said.

Both Loi and Bach were executive board members of VNGO-EVFTA Network, a group of seven development and environmental CSOs set up in November 2020 to raise awareness about the FTA and its civil society element, known as the Vietnam Domestic Advisory Group. After the organizations, including MEC and LPSD, submitted applications for membership in the advisory group, Loi and Bach were arrested in early July 2021.

The Observatory, a partnership of the FIDH and the World Organisation Against Torture, called on Vietnamese authorities to guarantee the well-being of Khanh and the other activists, and to immediately and unconditionally release them.

“The Observatory strongly condemns the judicial harassment and arbitrary detention of Nguy Thi Khanh, Dang Dinh Bach, Bach Hung Duong, and Mai Phan Loi, as it seems to be only aimed at punishing them for their legitimate environmental and human rights activities,” the organization’s statement said.

The organization also demanded that authorities stop harassing activists and human rights defenders in Vietnam, including through the court system, and ensure they can exercise their rights as citizens without any fear of reprisal.

‘Silencing those who dare to speak’

U.S. Special Presidential Climate Envoy John Kerry and his European Union counterpart, Frans Timmermans, have also called for the release of Nguy Thi Khanh and the other climate activists.

A Politico report on June 26 said those calls risk derailing a deal to shift Vietnam off coal, but doing nothing would risk criticism from civil society groups that oppose helping finance climate action in countries that jail activists.

In April, the Group of Seven, a political forum that includes, the U.S., Canada, the United Kingdom, France, Germany, Italy and Japan, agreed on a plan to help Vietnam, the world’s ninth largest coal-consuming nation, reach its carbon emission goals.

The Politico article quoted Saskia Bricmont, a Belgian member of the European Parliament, as saying that the tax evasion allegations against the activists were “not credible” and were “clearly a deception.”

Vietnam’s Ministry of Foreign Affairs of Vietnam said at a regular press briefing on June 23 that Khanh had been investigated and prosecuted for economic crimes, specifically violating the provisions of the law on tax administration, and that she admitted to tax evasion.

“Some speculations that Nguy Thi Khanh is being criminally handled for her activities and opinions related to climate change are baseless and not true to the nature of the case,” a spokesman said.

Responding to the ministry’s statements, a person who used to work with the Alliance for the Prevention of Non-Communicable Diseases of Vietnam — a group to which the NGOs affiliated with the sentenced activists belonged — said the environmentalists had been wrongly imprisoned.

“The arrest of environmental activists aims at silencing those who dare to speak out and stands in the way of the authorities,” said the source who declined to be named for safety reasons.

“With great contributions to nonprofit scientific activities, contributing to the development of environmental policies, public health, and sustainable development for the country … the leaders of these organizations should not be held dangerous to society and be imprisoned,” the person said.

An attorney familiar with the cases against the activists told RFA that it is not reasonable to criminally charge, convict and imprison activists like Khanh, Bach and Loi.

He cited the case of Law and Policy of Sustainability Development Research Center, which authorities accused of evading more than 1.3 billion dong in taxes, saying the NGO’s grants to implement projects serving community and environmental benefits should not be subject to corporate income tax.

“By law, organizations like LPSD are entitled to zero tax payments,” said the attorney, who declined to be identified so as to speak freely. “If it’s my prerogative to not pay taxes, then why I am charged with tax evasion?

Translated by RFA Vietnamese. Written in English by Roseanne Gerin.