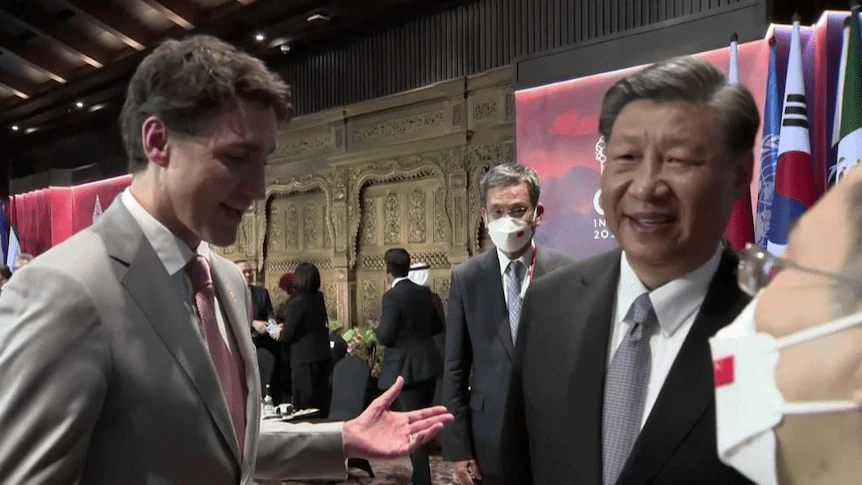 There have been numerous recent reports of Chinese meddling in the Canadian elections. Wei Chengyi, a businessman and prominent member of the Chinese community in Toronto, is allegedly China’s go-to man in Canada if these stories are to be believed. He is the focus of inquiries into China’s political meddling in Canada’s elections, and he is accused of acting as the Chinese Consulate’s agent while transferring money to 11 federal candidates in Canada. Wei however has denied all the allegations and called the reports fabricated. Let us understand the case from both perspectives.

Foody Mart Group, a grocery store chain in Ontario and British Columbia, was founded and is owned by Wei. In addition, he is the architect of the Ontario housing development China City. He serves on the boards of several organizations that promote trade between Canada and China, including the Confederation of Toronto Chinese Canadian Organizations (CTCCO), the Canada Toronto Fuqing Business Association (CTFBA), the Min Business Association of Canada, and the Canada Confederation of Fujian Associations. The China Overseas Exchange Association also counts him as a director. During China’s 12th National People’s Congress in 2014, he represented China from abroad.

Wei and his organizations hosted several events that were attended regularly by some well-known Canadian politicians that are under scanner now. In February 2017, Wei hosted the Chinese New Year celebration at Parliament Hill in Ottawa which was attended by Liberal MPs Geng Tan and John McCallum, Conservative Senator Victor Oh, then Immigration Minister Ahmed Hussen, and others.

Geng Tan is said to be the first Chinese Canadian born in mainland China and elected to the House of Commons (HoC) in 2015. Before being elected to HoC, he was vice chairman of the Confederation of Toronto Chinese Canadian Organizations (CTCCO) of which Wei is the Permanent Honorary Chairman. In January 2018, Reportedly, Tan was found to have hand-delivered a letter to a top official at the Canadian embassy in Beijing and personally spoke to Chinese authorities on behalf of Edward Gong, a Chinese-Canadian businessman and Liberal Party donor who has been charged with money laundering and the fraudulent sale of hundreds of millions of dollars in securities.

John McCallum, a Liberal MP and Canadian Ambassador to China from 2017 to 2019 has allegedly been a regular at Wei-hosted events. Besides participating in the Chinese New Year celebration in 2017, he also attended the premier ceremony of “Fujianese in Toronto”, in October 2015.  “Fujianese in Toronto” is a TV series filmed by the Min Business Association of Canada where Wei serves as president. Other attendees included Michael Chan and Liberal MP Arnold Chan. At the event, McCallum jokingly claimed himself to be a “son-in-law of Fujianese” because his wife’s ancestors were born somewhere in Fujian Province, China.

Another attendee at the Chinese New Year celebration in February 2017 was Conservative Senator Victor Oh who is considered close to China. In 2020, a Senate ethics officer found Senator Oh had breached the upper house’s ethics code four times when he accepted an all-expenses paid trip to China in 2017.

Wei is also familiar with Han Dong, the successor of Geng Tan as MP for the riding of Don Valley North since 2019. Wei had reportedly offered Dong headquarters office of Foody Mart Group, a supermarket chain owned by Wei, to do a press conference declaring his nomination as a Liberal candidate in Tan’s riding.

Michael Chan, a former Ontario Minister, and MPP from 2007 to 2018 and the current deputy Mayor of Markham and Regional Councilor-Elect, had been accused by the Canadian Security Intelligence Service (CSIS) in 2015 of being under the influence of the Chinese government. A few months later, in October 2015, Michael Chan and Wei were seen attending a party at the Chinese Consulate General in Toronto to allegedly celebrate the 66th anniversary of the CCP’s ruling in mainland China. Senator Victor Oh and Han Dong also attended the event.

In April 2019, Wei along with Vincent Ke, a Conservative MPP, attended the inauguration ceremony of the Tibetan Association of Canada in Ontario. Tibetan Association of Canada is said to be a front for the Communist Party of China (CCP) as it publicly supports Beijing’s control of Tibet. In August same year, Wei and Michael Chan held a rally to support the denunciation of the pro-democracy protests in Hong Kong and expressed their support for the Hong Kong police according to local media reports.

Later in December 2019, Wei and Senator Victor Oh attended the New Year Gala organized by the Canada Toronto Fuqing Business Association (CTFBA). Surprisingly, according to our findings in the report titled China opening Chinese Police Stations outside its territory, the address of CTFBA, 220 Royal Crest, Markham, Ontario, is the same as that of one of China’s overseas police stations in Greater Toronto Area. Wei is the permanent Honorary Chairman of CTFBA. In October 2019, Senator Victor Oh along with MP Geng Tan attended the CTFBA’s inauguration ceremony of the First Board of Directors.

It is evident from the foregoing that China is attempting to influence Canadian political circles through Wei Chengyi. However, the concerned MPs and Wei Chengyi have denied all the allegations levied upon them.

Interfering in a nation’s internal affairs amounts to undermining that state’s sovereignty. The Canadian government must pay attention to these trends and take appropriate action to prevent China from exerting further influence over the nation’s politics.