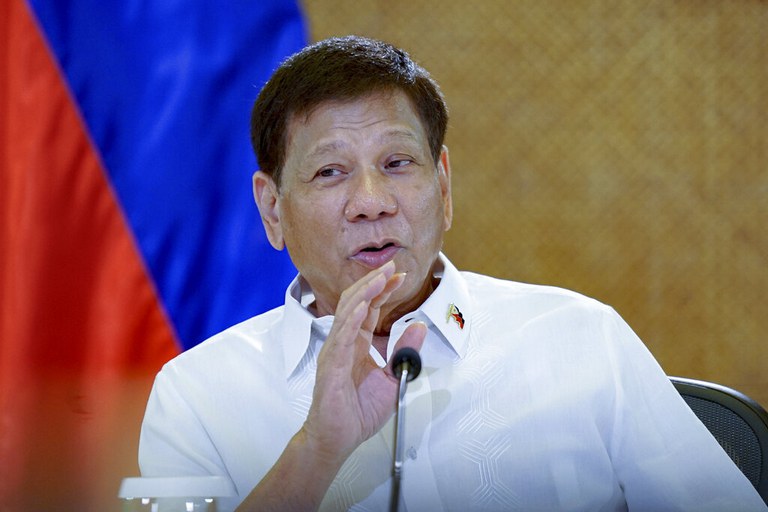 The Philippines has suspended oil and gas exploration activities in the disputed South China Sea, a presidential spokesman said, under what an analyst described as “coercion” from China.

Martin Andanar, spokesman for President Rodrigo Duterte, told reporters on Tuesday in Manila that the Security, Justice and Peace Coordinating Cluster (SJPCC), or the government’s security advisors, decided to suspend all exploration activities within the disputed areas in West Philippine Sea.

West Philippine Sea is the name used by the Filipinos for the part of the South China Sea over which Manila claims sovereignty.

Local companies in the Philippines have been test drilling two sites at Reed Bank, also known as Recto Bank, off Palawan province for survey purposes, but the Department of Energy (DOE) has now ordered them to stop.

Andanar said that the DOE has requested the government to reconsider the suspension because “under international law, a geophysical survey is perfectly legitimate activity in any disputed area.”

In 2018, Manila and Beijing signed a Memorandum of Understanding (MOU) for joint oil and gas development in contested areas and those two sites were identified by the DOE as possible sites for joint exploration with China.

Jay Batongbacal, director of the University of the Philippines’ Institute for Maritime Affairs and Law of the Sea, said Beijing has been pressuring Manila to accept its exploration terms or to stop drilling.

“Through diplomacy and the actions of the China Coast Guard, Beijing has been trying to coerce Manila to stop conducting seabed exploration and research activities in the West Philippine Sea until the latter submits to China’s conditions for joint development,” Batongbacal said.

The Philippines, China, Brunei, Malaysia, Taiwan and Vietnam all hold claims in the South China Sea but China’s claim is the most expansive, occupying nearly 90 percent of the sea.

In 2016, the Philippines brought a case against China to an international tribunal and won but Beijing refused to accept the ruling.

In 2014, under Duterte’s predecessor President Benigno Aquino, the Philippines imposed a ban on oil and gas exploration in the disputed areas of the South China Sea in protest against China’s aggression.

Duterte lifted the moratorium in 2020, paving the way for joint development with China, hoping to attract new investment from the biggest player in the region.

There were also fears that unilateral exploration activities might hurt the Sino-Philippines relationship.

Yet until now, the MOU the two countries signed in 2018 has not resulted in any actual project.

All efforts made to date by other countries in prospecting for oil and gas in the South China Sea have made little progress because of heavy opposition from China, said Fitch Solutions, a global market analysis agency.

“China has formally claimed the rights to explore and exploit hydrocarbon resources in the disputed waters, but has not done so in practice and appears content to prevent others from exploring the area,” said Fitch Solutions.

“There is limited scope for the current deadlock over the South China Sea to ease,” it added.

Tensions have been high between the Philippines and China in the last few months of Duterte’s presidency.

In the latest incident, the Philippines lodged a diplomatic protest against China after a Chinese coastguard ship maneuvered dangerously close to a Filipino vessel in the disputed Scarborough Shoal in March.