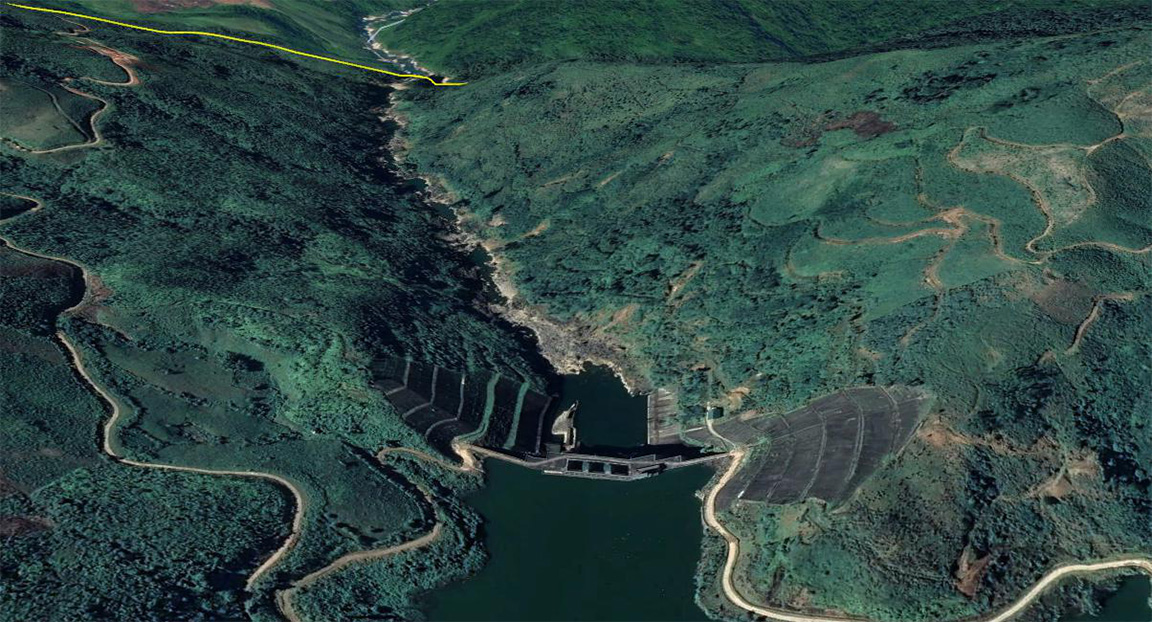 A sudden discharge of water from a dam on the Sekong River in Vietnam flooded downstream villages in Laos, destroying property and sending residents scrambling to higher ground, sources in Laos told RFA.

The 170-megawatt A Luoi Dam near the border between the two countries in Vietnam’s Thua Thien-Hue province has been releasing water since April 2 as the dam’s reservoir swelled to alarming levels after days of rain in the region.

Sources downstream in Laos’ Sekong and Attapeu provinces told RFA that whole buildings were washed away by the rising waters after the release.

“More than 30 restaurants out of 40 have been swept away and other food stands have all been lost too,” a restaurant owner on the banks of the river in, Sekong province told RFA’s Lao Service.

“The district authorities issued a warning notice saying that the release wouldn’t pose any danger to the residents, but the water level has jumped higher than expected. We didn’t have time to move our chairs, tables and equipment to a safe place at all,” the restaurant owner said.

The warning came on the afternoon of April 1, so few had time to prepare, according to the owner.

“Then the water from the dam in Vietnam came so quickly. The water is now almost overflowing the river bank. The strong current hit the river wall causing a lot of landslides and damage. For an exact damage toll, the authorities of Sekong Province are still assessing the cost.”

A villager in Attapeu province told RFA that residents received a vague warning message on their smartphones.

“That warning didn’t specify how much water was being released. The Lao authorities should’ve warned us several days earlier and they should have told us how much water will be released so people below the dam could have avoided a lot of the dam,” the villager said.

A district-level official in Attapeu told RFA that the sudden discharge was because of nonstop rain.

The dam operator warned the Energy and Mines Department of Attapeu province earlier on April 1, an official of the department told RFA.

“After that, Sekong province and Attapeu province publicly issued a similar warning to residents along the Sekong River to move their belongings to higher ground and stay away from the river.

All activities in the river were banned, including fishing and boating. But many villagers didn’t heed the warning,” the official said.

“Many residents assumed that the water current wouldn’t be that strong. That’s why there is some damage to property of the people who live on the river bank. Their homes, cars, motorcycles and some heavy equipment of a sand dredging company, including a pick-up truck, sand trucks and a backhoe, are flooded. The discharge is causing quite a bit of damage to floating restaurants, food stands and huts because their owners didn’t have time to rescue them,” the official said.

RFA reported on two previous floodings of Attapeu and Sekong provinces by the A Luoi dam in October and November 2018. A villager in 2018 told RFA that every time A Luoi releases water it floods the community.