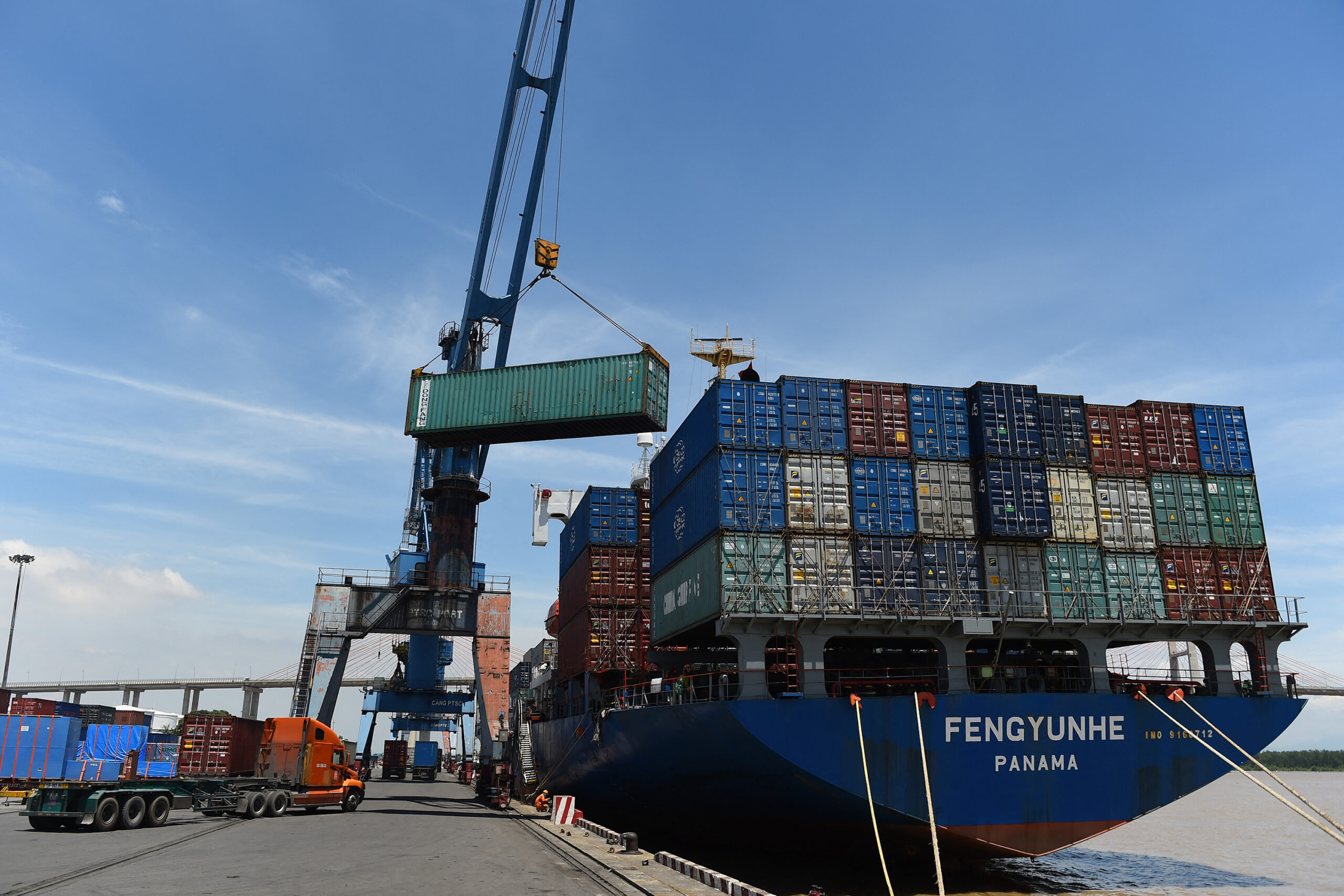 Vietnam’s top leader Nguyen Phu Trong will travel to China on Sunday to visit President Xi Jinping, the first foreign leader to do so since Xi’s re-election to a third five-year term last weekend.

The two countries have had territorial disagreements in the South China Sea but are generally considered allies. The two men are expected to discuss strengthening ties and underscore their will to cooperate on a variety of issues.

The three-day visit will also be Trong’s first trip abroad since he suffered a stroke in 2019.

Xi’s re-election last Sunday at the Chinese Communist Party’s national congress signals that there will be little change in China’s foreign policy, and it is an opportunity for Vietnam to reaffirm that it has no intention to counter China by allying with a third nation, such as the United States, Vu Xuan Khang, an International Security Ph.D. candidate at Boston College, told RFA’s Vietnamese Service.

China, meanwhile, extended the invitation to make sure the Asian neighbors continue their dialogue and avoid unnecessary misunderstandings, Khang said.

“China doesn’t want to have conflicts with Vietnam as the Taiwan issue is way more important,” he said.

China may use the meeting to draw Vietnam closer and deter Hanoi from getting too close to Washington, Nguyen The Phuong, a marine security expert, told RFA.

Vietnam needs China more than China needs Vietnam, especially when it comes to economic issues,  said Phoung. But he said Xi chose Trong to be the first leader to visit since the end of the congress as a gesture to show that China does value the relationship.

“Recently, Vietnam’s relations with western countries, especially with the U.S., have improved rapidly,” he said. “From China’s perspective, letting Vietnam freely get closer to western countries is also a strategic threat.”

Beijing has several tools at its disposal to prevent Hanoi from falling into Washington’s orbit, Phoung said.

“Economically, Vietnam’s import-export activities heavily depend on China, especially in terms of raw material imports and border trade,” he said. “Therefore, by creating economic pressure only, China would already be able to send the message that Vietnam should not go too far.”

Additionally, China would be able to put pressure on Vietnam by increasing military presence in the South China Sea. It can also persuade the Vietnamese Communist Party that a closer relationship can help maintain the party’s power, Phoung said.

The two countries have also tangled over the Mekong River, as China has built a series of dams in the Upper Mekong that have adversely affected Vietnam and other downstream countries in Southeast Asia. But the visit will likely seek to avoid any overt conflicts as the two sides try to smooth over relations, a researcher who requested anonymity for safety reasons told RFA

“Vietnam will perhaps not mention the Mekong very much. However, it will try to put forth the Eastern Sea issues to resolve differences through negotiation by the two countries,” he said, using the Vietnamese term for the South China Sea.

Phuong said these issues would be secondary to maintaining their harmonious relationship.

“If mentioned at all, the two sides would still emphasize dialogue and cooperation and not promote an image of insurmountable challenges in Vietnam-China relations,” said Khang.

Instead, the two sides will likely play up strategies for building the party and fighting corruption. They may have differences in foreign policy, “but the two countries have many things in common when it comes to domestic policy,” he said.

These commonalities include the mechanism of party leadership, state management, a socialism-oriented market economy, and economic development based on export and foreign investment, Khang said.

Translated by Anna Vu. Written in English by Eugene Whong.