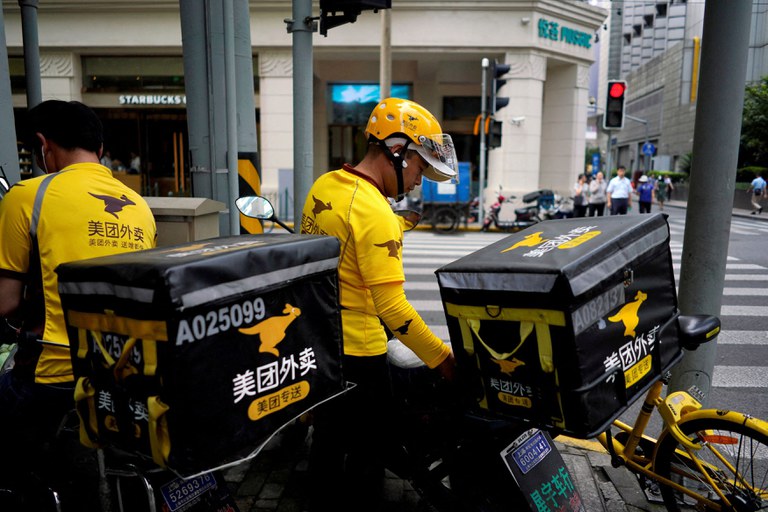 Residents fled Beijing on Wednesday amid rising COVID-19 cases and growing fears of an imminent citywide lockdown, according to social media reports and local residents.

“They’re scared. Taking their luggage and leaving,” says one man on a video clip showing cars queuing up in the street, at a standstill.

“They can’t leave because the police have sealed off the road,” a woman’s voice adds.

The apparent mass movement of people out of the city comes despite an official ban on any non-essential travel out of the city, as residential compounds in Chaoyang, Xicheng and Haidian districts were ordered into lockdown after locally transmitted cases were confirmed there.

A Beijing resident who gave only his surname Ye said police have blocked main thoroughfares leading out of the city towards neighboring Hebei province.

“I live in Baishun, Xicheng district, and we’re under lockdown right now,” Ye said. “I’m only allowed into the garden of my bungalow, but I can’t go out.”

“It seems infections in Beijing are on the rise, and now I have to apply to buy supplies,” he said. “It’s been four days now.”

“They delivered some vegetables to each household, as well as ten pounds of rice and a small barrel of cooking oil,” Ye said.

The lockdown in Xicheng extends across Baishun, Dabaishun and Xiaobaishun alleys as well as Shaanxi Lane and Shitou alleys, residents said, all of which now have large numbers of white-clad disease-prevention personnel patrolling around in full PPE, residents told RFA.

Local resident Zhang Hong said most of those who are trying to leave the city are in middle- or high-income groups with good access to information, and may have been tipped off about future lockdowns by friends or relatives in official jobs.

“A lot of people have left because of issues with the government’s restrictions … now that a lot of them, both big and small, have seen the light of day,” Zhang said.

“Shanghai is one example, where we saw people jumping off buildings due to starvation,” Zhang said. “So some rich people are leaving without waiting for the government’s decision [on whether to lock down more of the city].”

Online comments suggested Beijing residents could be denied access to accommodation outside the city, however, because they can be identified by the COVID-19 Health Code app on their phones, which is needed to access key services and public transportation.

The city is currently undergoing three waves of mass, compulsory testing from April 26-30, according to official announcements.

The news website Caixin reported that the online shopping and food delivery platform Meituan had shut down group-buying schemes, which have been widely used by residents of Shanghai to get food and other essential supplies in the face of a ban on individual delivery riders or shopping in person.

A link to the group-buying function was removed from the homepage of the app and the service shut down from April 26, according to an announcement posted in the app.

One comment said similar group-buying functions on other delivery apps had also been shut down.

“Just when I need you, you’re not there,” wrote social media user @duoyun_kuanyin.

Others said local neighborhood committees who control access to residential communities were well-placed to make money from delivery operations.

“They won’t let [these platforms] operate … but the neighborhood committee’s own trucks will get through,” @Lenin’s_little_brain_axe commented.

Meanwhile, in Shanghai and other affluent eastern cities, the test and trace service has ground to a halt under the sheer weight of data being processed about infections, as the authorities restarted mass testing in several parts of the city from April 26.

“The app in Shanghai is frozen, because there are so many volunteers on the front line,” one testing volunteer from Suzhou told RFA. “We’re like front-line troops, and yet the system they gave us to work with seems to be crumbling.”

“Why is this happening?”

A Shanghai resident surnamed Li said lockdowns are currently seen as the politically correct thing to do.

“They are trying everything they can think of, but to be brutally frank, they really haven’t a clue,” Li said. “Who really knows what to do?”

“They built all of those makeshift hospitals in Shanghai, the biggest of which had capacity for 40,000 people, but now the policy has changed again.”

“It used to be that you had to go to a makeshift hospital for 14 days’ quarantine, but now they are letting people out after just a week, to make room for infected people to come in,” Li said. “It used to be that nobody who tested positive was taken there.”