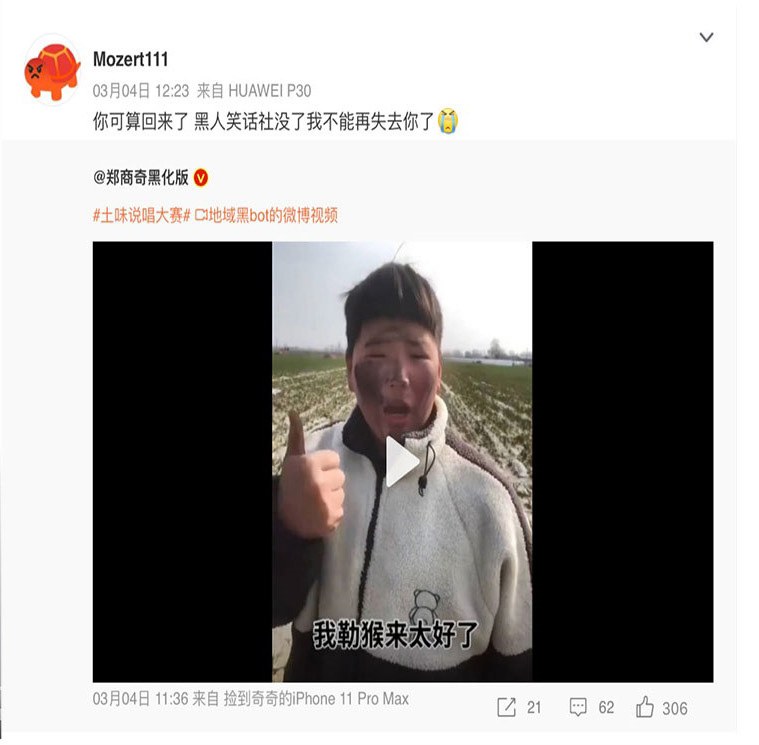 Civic groups in Lilongwe, Malawi, marched in protest over the actions of Chinese national Lu Ke, who was arrested by Zambian authorities after filming a racist video involving local children, calling for him to be tried in the country rather than sent back to China, the Nyasa Times reported on Wednesday.

Protesters from the University of Malawi Child Rights Legal Clinic and other civil society organizations also called for compensation and psychological support for the children exploited by Lu and made to say racist things about themselves in Chinese, the paper said.

The Maravi Post cited clinic supervisor Garton Kamchedzera as saying that Lu’s treatment of the children was in breach of the Malawian constitution.

The group said it would also deliver a petition to the Chinese embassy.

The paper said Lu had been “using violence to force the children say the phrases he wanted.”

Lu fled the country after being outed by BBC journalist Runako Celina as the maker of a video in which children from Lilongwe’s Njerwa village said “I am a black ghost. I have a low IQ” to camera. The phrase “black ghost” is considered the Chinese equivalent of the N-word.

Lu’s video was far from being a one-off. Celina’s documentary also uncovered a lucrative industry in short videos featuring Africans.

“There’s something inherently sinister in swanning into a village somewhere in Africa, tossing a few coins at people less privileged than you and being able to instruct them to do whatever you want,” Celina wrote in an article on the BBC website after the documentary aired.

“If the price (or pay off) is high enough, or the sense of humor crude enough the possibilities are endless.”

“It’s this exact boundless freedom, plus a deeply ingrained racist ideology that has made an online Chinese industry I’ve spent the last year investigating possible,” she wrote.

Immigration authorities in Zambia confirmed they had arrested Lu on June 21.

Ghanaian YouTuber Wode Maya told the Black Livity China podcast that the Chinese term “heigui,” or “black ghost,” is equivalent to the N-word in English.

Guests told the show that anti-Black racism remains largely uncensored on China’s tightly controlled internet, and that the video was part of a lucrative industry exploiting African adults and children with custom-made greetings videos.

Not everyone in China likes the videos, which have been sold on online stores, but many believe they are a harmless and fun way to send a novelty greeting, while others see anti-Black racism as a function of Chinese colonial power in Africa, according to views expressed on the podcast and on social media.

One video resulting from a keyword search on Wednesday showed young black men dressed in coordinated clothing, performing to camera to cheer up residents of Shanghai during the grueling COVID-19 lockdown in April.

The Malawian Centre for Democracy and Economic Development Initiatives (CDEDI) has called on the Chinese embassy in Malawi to apologize to black Malawians over the racist video filmed by Chinese national Lu Ke, and called for an immigration sweep for Chinese nationals who remain illegally in the country.

“CDEDI is hereby challenging both the Malawi and the Chinese governments to treat this matter with the urgency and seriousness it deserves,” Namiwa said in a June 17 statement posted to the group’s website.

“It should be emphasized that any attempts to downplay the issue or help the suspect to beat the long arm of the law will only succeed in stirring avoidable actions with far-reaching consequences,” Namiwa said, but said the group didn’t want anyone targeting the Chinese community for retaliation as a whole.

“Since the matter also borders on aspects of profit-making, CDEDI is urging the relevant authorities to ensure that survivors of the exploitative filming should benefit by way of compensation,” it said.

The Chinese embassy said via Twitter on June 13 that it had “noted with great concern” the findings of the BBC documentary Racism for Sale.

“We strongly condemn racism in any form, by anyone or happening anywhere,” it said. “We also noted that the video was shot in 2020. It shall be stressed that Chinese government has zero tolerance for racism.”

It added on June 17: “We demand internet & social media platforms to strictly prohibit the dissemination of all racist contents.”

The BBC documentary found that two Douyin accounts were sharing the video in question, along with other anti-Black racist content, and that Lu had bribed the kids with food and candy to take part in the shoot.

Shih Yi-hsiang of the Taiwan Association for Human Rights said China’s response to the incident was inadequate.

“The Chinese government is condemning this matter and also saying that China has zero tolerance for racism, which is ridiculous, because what the Chinese regime has done to Tibetans [and] Uyghurs … for a long time is seriously racist,” Shih said.

“What we actually see behind [these words] is exploitation and oppression,” Shih said. “Chinese people are abusing these kids.”

Shih called for further investigation into the exploitation of African children by Chinese content creators.

“They believe that the local people are poor and they will be obedient if you give them some small benefits,” Shih said. “We see the 19th century colonial mentality being replicated in 21st century China.”

Gong Yujian, a Chinese dissident now living in democratic Taiwan, said that anti-Black racism is still very common in China, although those who enjoy openly racist videos are in the minority.

“Mao Zedong once said black Africans could obtain their national independence and liberation only with Chinese help, so there was a sense that they had come to China cap in hand,” Gong told RFA.

And since the launch of the Belt and Road overseas infrastructure and supply-chain initiative under ruling Chinese Communist Party (CCP) leader Xi Jinping, many Chinese people had begun to consider themselves superior to others, he said.

Comments still visible on Chinese social media this week were critical of the video, although largely in the context of China’s international image, with some pointing to racism in the U.S. to deflect criticism of China.

“The lack of supervision of Chinese online platforms, some low-quality trash groups, some with ulterior motives, [and] these attacks on black people have seriously affected China-Africa relations,” Weibo user @LiuJiayi wrote.

“It has brought huge and catastrophic losses to China’s political, economic and diplomatic ties in Africa, and works in favor of the United States,” the user wrote.