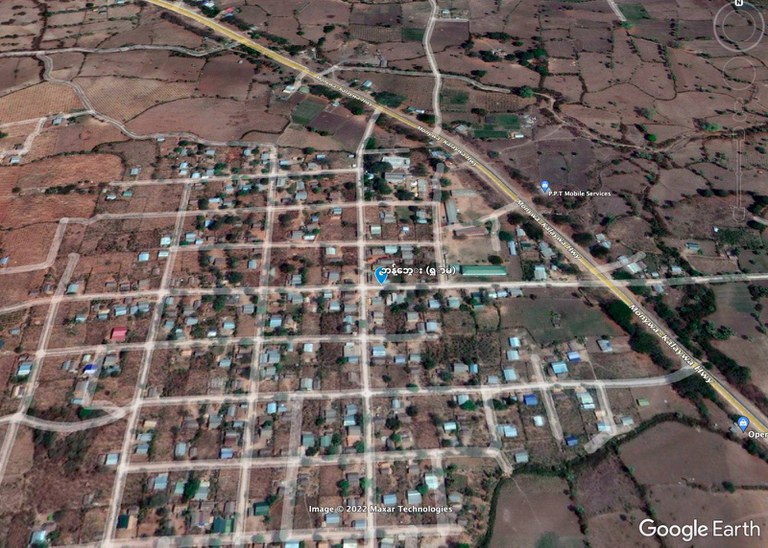 Nearly 70 villagers have been arrested at a village in Saigaing region’s Yinmabin township.

They were taking refuge in a monastery in Ban Bwe village. Junta forces moved in and arrested them at around 1 p.m. last Saturday, according to locals.

The arrested include 10 children aged between three and eight and five people in their 70s and 80s.

The older people had to pay a total of MMK 2.5 million, or U.S.$ 1,345, and were released the same day. The rest are still being held by the military, according to a local woman who declined to be named for safety reasons.

Soldiers and members of a military-affiliated militia have been deployed in the village for the past six months.

“There are about 100 soldiers and Pyu Saw Htee,” the woman told RFA. “The detainees were sheltering in the Pepin Tawya monastery in the southern part of Ban Bwe village. The military forces and its affiliate, the Pyu Saw Htee, ordered the people to return home but then they arrested about 70 of them and held them at the village school. We had heard about what happened at Mone Tai Pin village in the past, and we are worried that those arrested will be killed.”

Last May, more than 30 villagers were arrested and tied up by the army at a school in Mone Tai Pin, also in Sagaing region, which has seen some of the fiercest fighting between junta forces and People’s Defense Forces (PDFs). The military killed 29 of them.

The woman said she was trying to find out who had been detained in Ban Bwe. RFA and locals have identified 14 of the adults and all 10 children so far.

Calls to the military council’s spokesman by RFA went unanswered on Wednesday.

Nearly a thousand people from more than two hundred households lived in Ban Bwe, which is also known as Ywa Ma village.

When junta troops and Pyu Saw Htee entered the village in January locals fled due to battles between the troops and local PDFs.

Apart from those who were hiding in the monastery, some have moved to nearby cities and some are hiding in a forest near the village.